Written by Associated Press on November 14, 2022

CHARLOTTESVILLE, Va. (AP) — A shooting near a University of Virginia parking garage killed three people, wounded two others and sent police on a manhunt Monday in search of a student suspected in the attack, officials said. 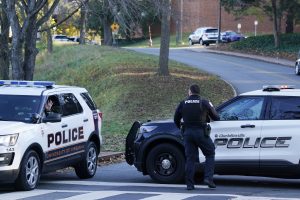 Charlottesville police secure a crime scene of an overnight shooting at the University of Virginia, Monday, Nov. 14, 2022, in Charlottesville. Va. (AP Photo/Steve Helber)

Classes at the university were canceled Monday, following the violence Sunday night, and the Charlottesville campus was unusually quiet as authorities searched for the suspect, who University of Virginia President Jim Ryan identified as Christopher Darnell Jones Jr.

In a letter to the university posted on social media, Ryan said the shooting happened around 10:30 p.m. Sunday.

The university’s emergency management issued an alert Sunday night notifying the campus community of an “active attacker firearm.” The message warned students to shelter in place following a report of shots fired on Culbreth Road on the northern outskirts of campus.

Access to the shooting scene was blocked by police vehicles Monday morning. Officials urged students to shelter in place and helicopters could be heard overhead as a smattering of traffic and dog-walkers made their way around campus.

The UVA Police Department posted a notice online saying multiple police agencies including the state police were searching for a suspect who was considered “armed and dangerous.” 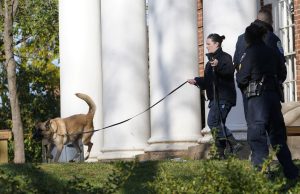 A Virginia Department of Corrections canine team searches the scene near an overnight shooting that occurred at the University of Virginia, Monday, Nov. 14, 2022, in Charlottesville. Va. (AP Photo/Steve Helber)

In his letter to campus, the university president said Jones was suspected to have committed the shooting and that he was a student.

“This is a message any leader hopes never to have to send, and I am devastated that this violence has visited the University of Virginia,” Ryan wrote. “This is a traumatic incident for everyone in our community.”

Eva Surovell, 21, the editor in chief of the student newspaper, The Cavalier Daily, said that after students received an alert about an active shooter late Sunday night, she ran to the parking garage, but saw that it was blocked off by police.

When she went to a nearby intersection, she was told to go shelter in place.

“A police officer told me that the shooter was nearby and I needed to return home as soon as possible,” she said.

She waited with other reporters, hoping to get additional details, then returned to her room to start working on the story. The gravity of the situation sunk in.

“My generation is certainly one that’s grown up with generalized gun violence, but that doesn’t make it any easier when it’s your own community,” she said.

The Bureau of Alcohol, Tobacco, Firearms and Explosives said agents were responding to the campus to assist in the investigation.

The Virginia shooting came as police were investigating the deaths of four University of Idaho students found Sunday in a home near the campus. Officers with the Moscow Police Department discovered the deaths when they responded to a report of an unconscious person just before noon, according to a news release from the city. Authorities have called the deaths suspected homicides but did not release additional details, including the cause of death.

On April 16, 2007, another Virginia university was the scene of what was then one of the deadliest shootings in U.S. history. Twenty-seven students and five faculty members at Virginia Tech were gunned down by Seung-Hui Cho, a 23-year-old mentally ill student who later died from a self-inflicted gunshot wound.
___
The story has been updated to correct that the emergency alert was issued Sunday night. 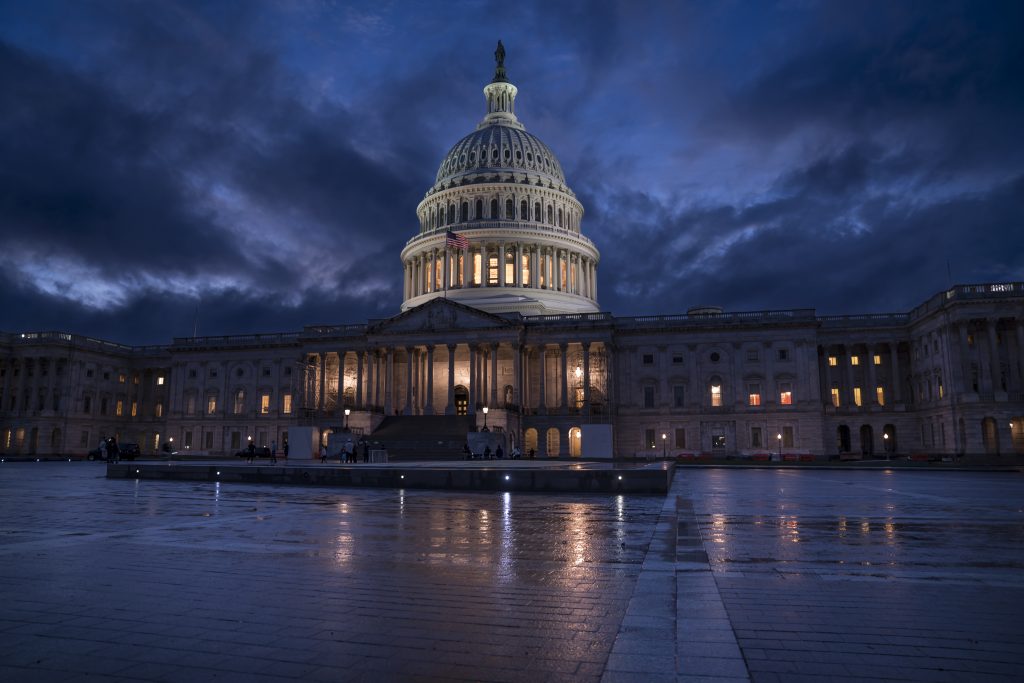 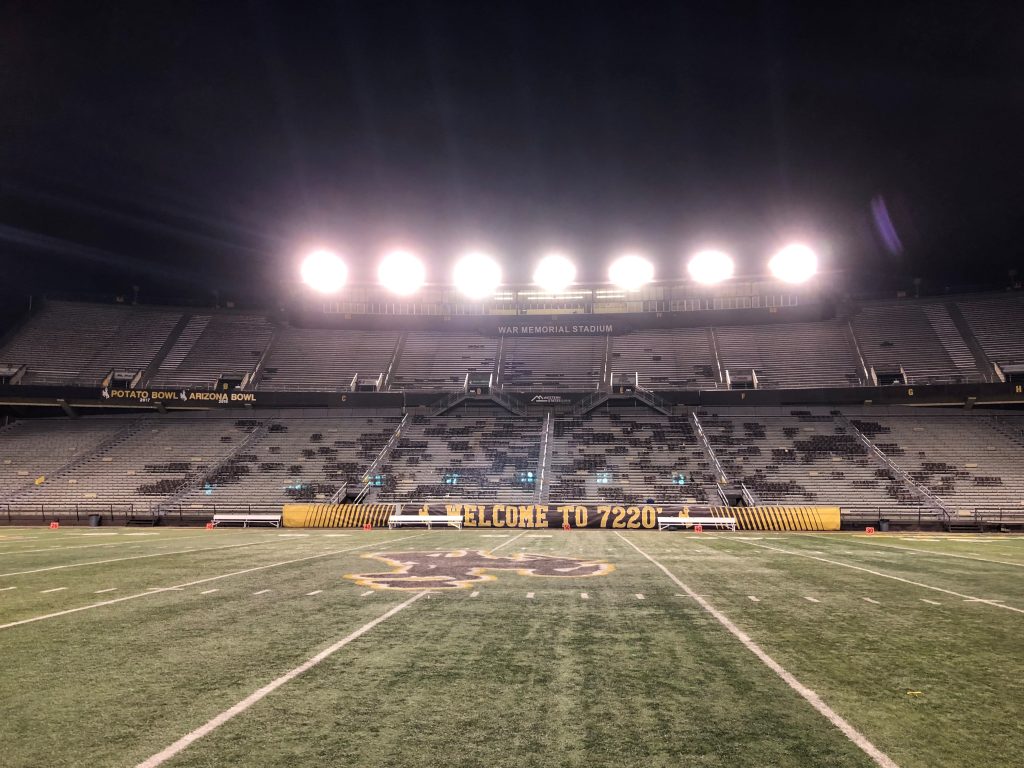