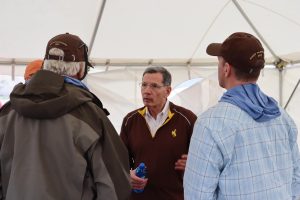 China is currently defined as a developing nation under the Montreal Protocol. This allows China to deploy a different set of rules in order to access funding–including American taxpayer dollars –from the multilateral fund.

“China is the second largest economy in the world – a far cry from a developing country. There is no reason why China should get to play by a different set of rules, let alone get a handout paid for by American taxpayers,” Barrasso says. “The United States Senate recently voted unanimously in agreement that China should not be defined as a developing country. Our bill forces the United Nations to do the right thing and end this unfair advantage for China.”