The Curator for the Buffalo Bill Center of the West’s Firearms Museum is a featured cast member for a new Discovery Channel series that has contestants building weapons straight out of history books.
Ashley Hlebinsky, who has been associated with the Center of the West for the last 7 and a half years and has been the Curator for the Cody Firearms Museum for the last five of those, is one of the stars of the new Discovery Channel series “Master of Arms”. The show airs Friday nights at 8 p.m. Mountain Time. According to Ashley, the series has received positive reviews so far.

This isn’t Hlebinsky’s first foray into performing, however. She told KODI that she was a professional actor as a child, and has been a consultant on several other television shows as well. 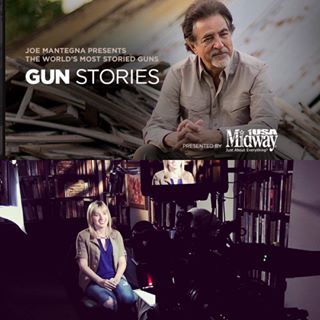 Hlebinsky hasn’t left Cody behind for Hollywood, though. She is sharing the excitement of the television show with Cody residents tomorrow at a party at Cassie’s Supper Club. Ashley says that following her attendance at a Juniper Event at the Cody Hotel at 6, she will be heading to Cassie’s for a viewing party that will begin at 7:30, and will feature the broadcast of the show at 8 p.m., followed by a rerun of last week’s show, with an additional eight minutes of footage that wasn’t seen in the original broadcast.

Cody Football Out for Redemption vs. Powell in the Big Horn Brawl