Bronc Basketball Back from Break

It’s been almost a month since the Cody Broncs basketball team took to the hardwood for competition. Now that the holiday break is over the Broncs look forward to returning to action this weekend when they take on Lovell. The last time the Broncs played a game it was a lopsided loss to a quality Sheridan squad and they’re eager to wash away the taste of defeat. While the Broncs are still in search of their first win Nic Talich says the break is a good time to focus on themselves.

“We need to get a lot better at turnovers. We are not very good at turnovers. I think that’s, we might be lower in the state in turnovers which is not good. But I think something we are really good at is just working hard and going out there. We’ve been playing decent defense. We haven’t let a team over 70 yet. That’s good news but we obviously want to keep that down a little bit more.”

Defense is going to be key for this Bronc team this season, and Nic believes the better they are defensively the better their season will end up.

“Yeah, I mean defense is huge. You always here the saying ‘defense wins championships’ and I really do believe that. I think that if we can get good at defense enough to keep teams below 50, I think that we can be in any game against any team.”

And while the Broncs are still searching for that elusive first win Nic says there’s plenty of basketball to be played.

“We haven’t clicked yet like we have in the past but I think it’ll come here and that’ll definitely be in our corner here in the next, upcoming season (season’s second half). I mean all those guys are my buddies and it’s cool just to go out there and play with them every day.

The Broncs are a team that just needs reps and minutes on the hardwood. Cody Phillips agrees with Nic and says they must stay the course, continue to take things one day at a time and focus on getting one percent better each day.

“I think we just need to keep working together, playing as a team, getting that chemistry better and just staying in the gym.”

As for one of the big focuses at practice over the break Cody says it’s a little bit of everything.

“I think we can really work on communication on the court, we can work on handling the ball and taking care of it and limiting those turnovers.”

The Broncs will have a chance to get in the win column right off the bat taking on Lovell and Cody adds what they must do to string together some victories.

“I think we just need to keep playing as a team and being confident in each other and in our teammates.”

The Cody Bronc basketball team returns to action on Saturday as they’re on the road to face Lovell. That game is scheduled for a 7pm tip-off and can be heard live on KODI. 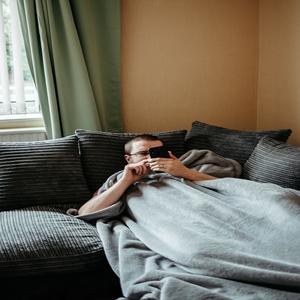