Coming into the match-up, coach McFadden was 2-8 against Star Valley. Photos, Full game replay, recap, videos and more below:

Luke Talich would score three total touchdowns, Cody’s defense shutout Star Valley in the second half and the Broncs would defeat the Braves 22-3 Friday night to remain undefeated on the season.

It was a old fashioned grudge match as the Braves and Broncs would be scoreless after one quarter of play. Each team had their moments and just couldn’t take advantage.

In the second quarter the Broncs would find themselves in a first-and-goal situation from the 3-yard line but couldn’t punch it in. Instead they relied on Jackson Gail’s foot to give them a 3 point lead and he delivered a 30 yard field goal to put the Broncs up 3-0 with 4:52 to go in the first half. The Braves would answer shortly after with a 40 yard field goal of their own to send the teams into the halftime break tied at 3-a-piece.

Special teams would prove to be key during this game.

The Broncs would fumble the opening kick-off of the 2nd half setting up Star Valley inside the 30 but strong defense for the Braves into a 4th and long situation. The Braves quarterback Taft McClure would be picked off by Cody’s Nathan Wilson which set up the Broncs on their own 1-yard line. After some back-and-forth play the Broncs made a key stop on fourth down.

Star Valley went to punt the ball late in the third quarte and the ball would sail over punter McKell Merritt’s head leading to a fumble recovery by the Broncs on the opposition’s 3-yard line. Two plays later Luke Talich punched it in for his and the team’s first touchdown of the game.

It was all Cody from their. The Broncs reeled off 19 straight points. Talich had a 48 yard touchdown pass to Chaz Cowie right before the end of the third quarte and then Talich iced the game late in the fourth with a 48-yard scamper to the house, his second rushing touchdown of the game.

The Broncs finished the night, unofficially, with 317 total yards of offense: 214 rushing, 103 passing.

With the win the Broncs are now 6-0 on the season, 3-0 in conference play.

Up Next: Cody hits the road for a match-up with Green River next Friday at 7pm. 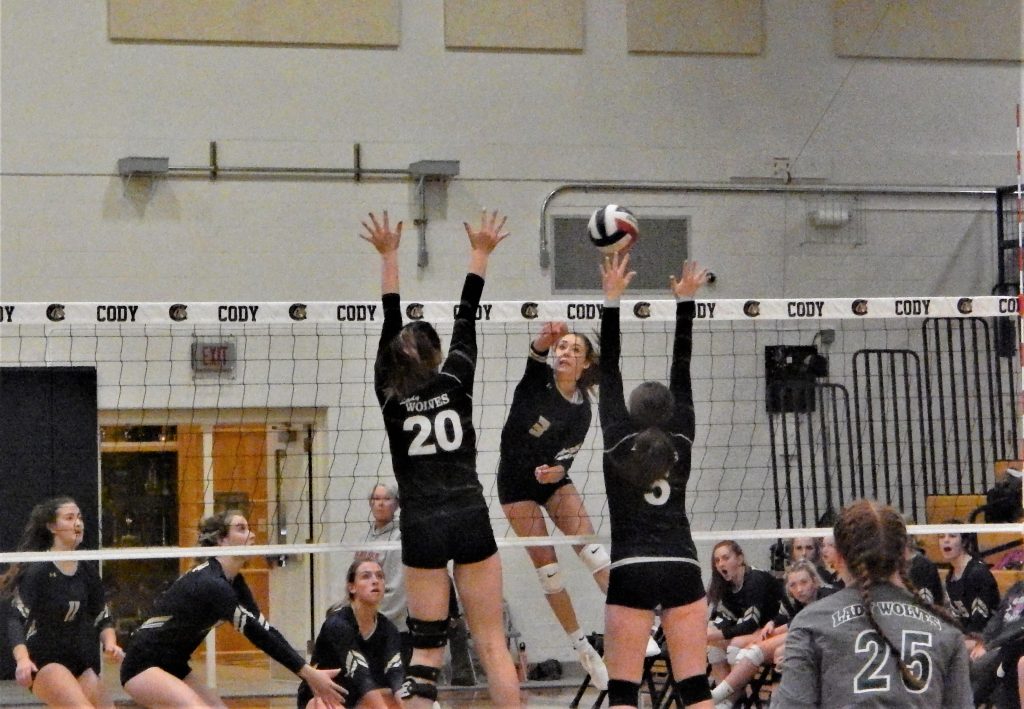