SACRAMENTO, Calif. (AP) — California Gov. Gavin Newsom threatened Monday to impose mandatory water restrictions if residents don’t use less on their own as a drought drags on and the hotter summer months approach. 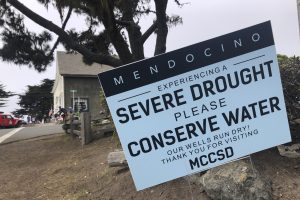 FILE— Signs alert visitors to the severe drought in Mendocino, Calif., on Wednesday, Aug. 4, 2021. California Gov. Gavin Newsom threatened Monday, May 23, 2022, to impose mandatory, statewide restrictions on water use if people don’t start using less on their own as the drought drags on and the hotter summer months approach. (AP Photo/Haven Daley, File)

Newsom raised that possibility in a meeting with representatives from major water agencies, including those that supply Los Angeles, San Diego and the San Francisco Bay Area, his office said in a press release. The Democratic governor has avoided issuing sweeping, mandatory cuts in water use and instead favored an approach that gives local water agencies power to set rules for water use in the cities and towns they supply.

January through March typically is when most of California’s annual rain and snow falls, but this year those months were the driest in at least a century. Despite calls for conservation, the state’s water use went up dramatically in March — 19% compared to the same month in 2020 — and now Newsom is considering changing his approach.

“Every water agency across the state needs to take more aggressive actions to communicate about the drought emergency and implement conservation measures,” Newsom said in a statement.

California is in its third year of drought and virtually all areas of the state are classified as either in severe or extreme drought.

Newsom last summer called on Californians to voluntarily reduce their water use by 15% by doing things like taking five-minute showers and avoiding baths, only running the washing machine and dishwasher with full loads and limiting water use for cleaning outdoor areas. But residents have fallen far short of the goal.

How soon Newsom could impose mandatory restrictions if conservation doesn’t improve wasn’t clear. He plans to meet with the water agencies again in two months, his office said. Spokesperson Erin Mellon said the administration would reassess conservation progress in just “a few weeks.” She didn’t offer a metric the administration would use to measure. 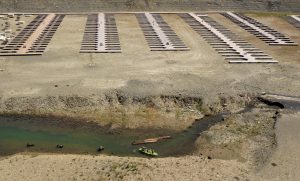 FILE – Kayakers navigate a narrow section of water near boat docks sitting on dry land at the Browns Ravine Cove area of drought-stricken Folsom Lake, in Folsom, Calif., Saturday, May 22, 2021. California Gov. Gavin Newsom threatened Monday, May 23, 2022, to impose mandatory, statewide restrictions on water use if people don’t start using less on their own as the drought drags on and the hotter summer months approach. (AP Photo/Josh Edelson,File)

Newsom has already moved to force more conservation from local water districts. He directed the State Water Resources Control Board to consider a ban on watering of decorative turf, such as grass in office parks, and to force local agencies to step up their conservation efforts.

After the last drought, the state started requiring cities and other water districts to submit drought response plans that detail six levels of conservation based on how much water is available. Newsom has asked the board to require those districts move into “Level 2” of their plans, which assumes a 20% water shortage.

Each district can set its own rules for “Level 2,” and they often include things like further limiting water use for outdoor purposes and paying people to install more efficient appliances or landscaping that needs less water. They must include a communication plan to urge local residents to use less water.

The board will vote on those measures Tuesday, and they would take effect June 10.

Last week while touring a water recycling plant in Los Angeles County, Newsom spoke about the need to better communicate the need for water conservation with the state’s 39 million people. He’s included $100 million in his budget for drought messaging.

During the last drought, from 2012 to 2016, former Gov. Jerry Brown issued a mandatory 25% cut in the state’s overall water use, and the state water board set requirements for how much each water district had to cut based on their existing water use; districts in which people used more water were asked to cut more. Water agencies could be fined up to $10,000 per day if they didn’t comply.

The state water board has imposed some statewide restrictions such as banning people from watering their lawns for 48 hours after rainstorms and sprinklers from running onto sidewalks. People can be fined $500 per day for violations. 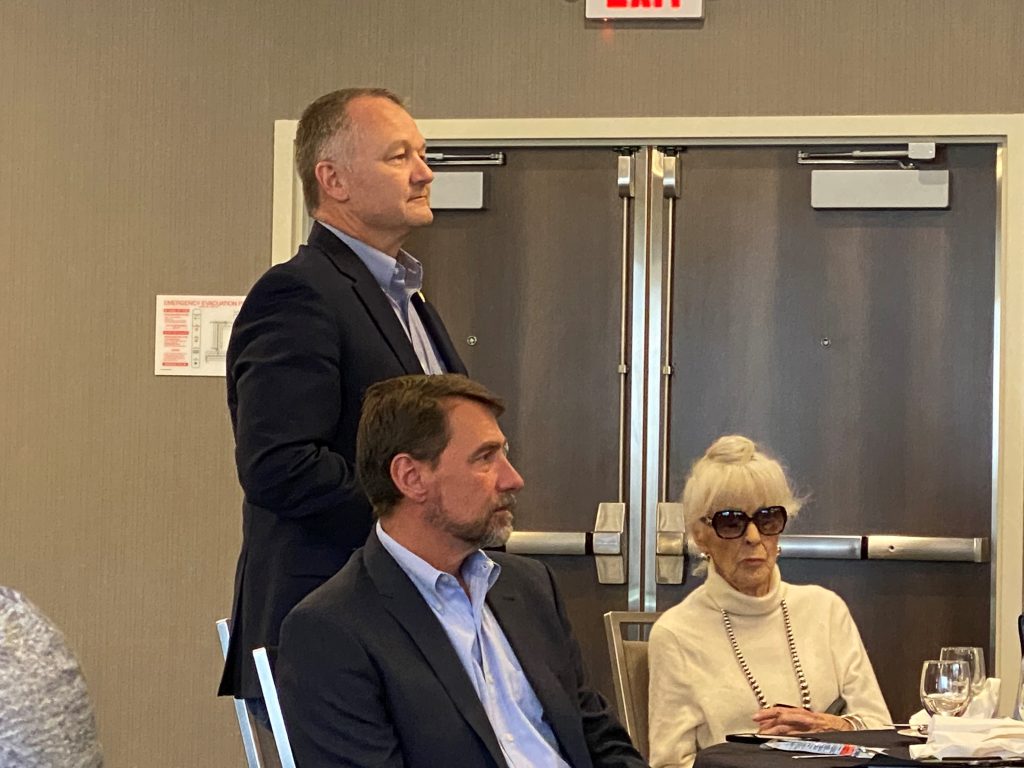