The Cody Country Chamber of Commerce has “made lemonade,” turning the stump of a tree threatening to fall on the building into a new piece of public art. 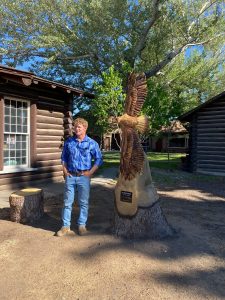 It’s an installation that grew out of a dangerous situation that threatened the Chamber earlier in 2021.

This January, one of the massive pine trees was poised to collapse onto the historic Chamber building. It was lifting up and out of the ground at its roots.

Arbor Solutions Tree Care initially secured the tree with large ropes to ensure it didn’t crush the building. The same company cut down the tree a few days later.

The pine trees surrounding the Cody Country Chamber of Commerce are at least 75 years old. They grow very tall but have notoriously shallow roots. The extraordinary strong winds encountered this winter likely caused the problem.

The stump of the precarious pine became an opportunity for the Cody Country Art League.

In conjunction with Cody Chamber CEO Tina Hoebelheinrich, the Art League commissioned Edwards to create the sculpture. It will now stand permanently adjacent to the entrance of the League’s gallery and main offices.

Public art has always added to the allure of Cody, and efforts to add more art to the city are underway.

The Cody Public Art Committee has created a survey open to any interested Cody residents. It asks them what kinds of art installations they’d like to see in town and where they should be placed.

Meanwhile, Cody was ranked as having the 6th Best Small-Town Arts Scene in the United States by a U.S.A. Today Readers’ Choice poll.

“Soaring High” is now visible at the Cody Country Chamber of Commerce. 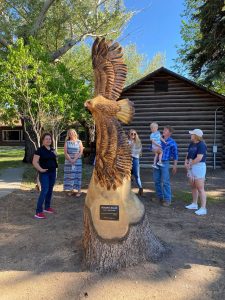 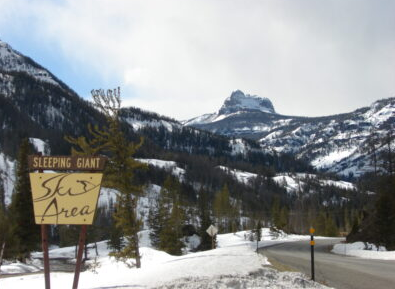 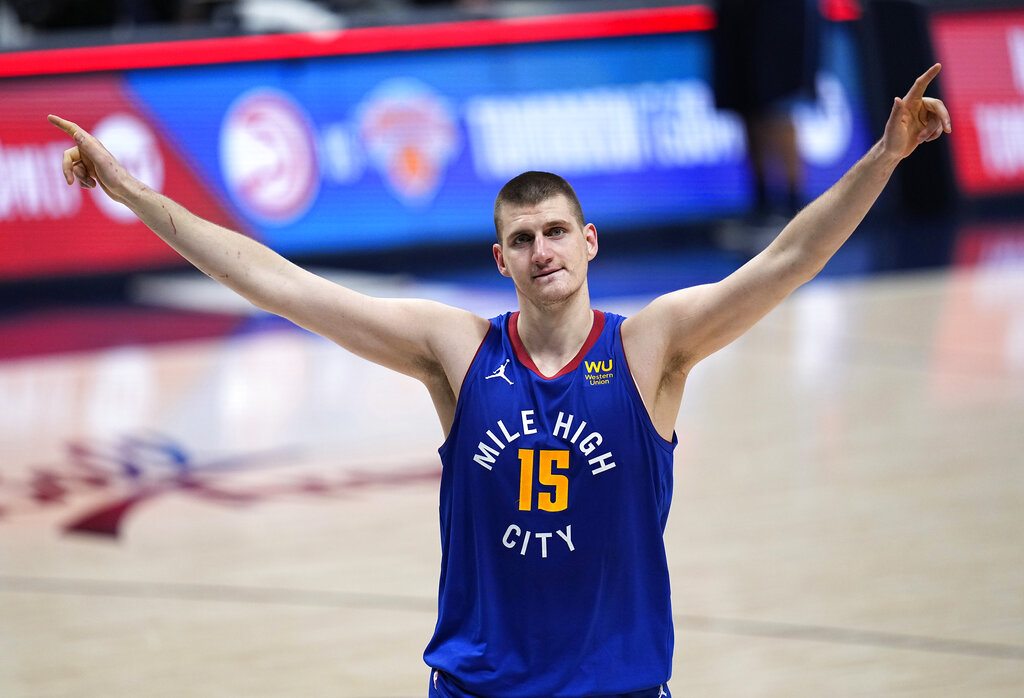