Fresh off their homecoming victory against their rival, Powell, the Cody Bronc Football team will now embark on their longest road trip of the season, to Evanston. Both the Broncs and Red Devils enter this contest undefeated. Right now, the Broncs are 4-0 and the No. 1 team in class 3A with Evanston sporting an unblemished 5-0 record. As Cody gets set for another clash in the gauntlet that is known as the 3A West, I caught up with Broncs head coach Matt McFadden to preview Friday nights game.

The Cody Broncs hit the road for a match-up against the undefeated Evanston Red Devils. Catch all the action live on KODI. Pre-game at 5:40, kick-off at 6pm.

In some other Cody High School sports action this weekend.

And the Cody Cross Country teams take their talent to Worland this weekend, taking part in the Worland Invite.

The Cody Filly Volleyball team takes to the raod for a pair of conference matches. On Friday, the Fillies play at Casper Natrona. On Saturday Cody is at Rock Springs.

The Cody Fillies Swim and Dive team is back in action this weekend. On Friday the Fillies will be in Lander for the Lander Triangular. On Saturday, Cody Swim is in Pinedale.

There’s also a highly anticipated football match-up in the six man ranks, Friday. The Meeteetse Longhorns, No. 1 in 6-man, play host to Encampment, No. 3 in 6-man. That kick-offs at 3pm. Stay tuned later for results.

In the college ranks…

The Northwest College Volleyball and Soccer teams are back in action this weekend.

On Saturday, both teams will host Casper College with the women at 11am and the men to follow. 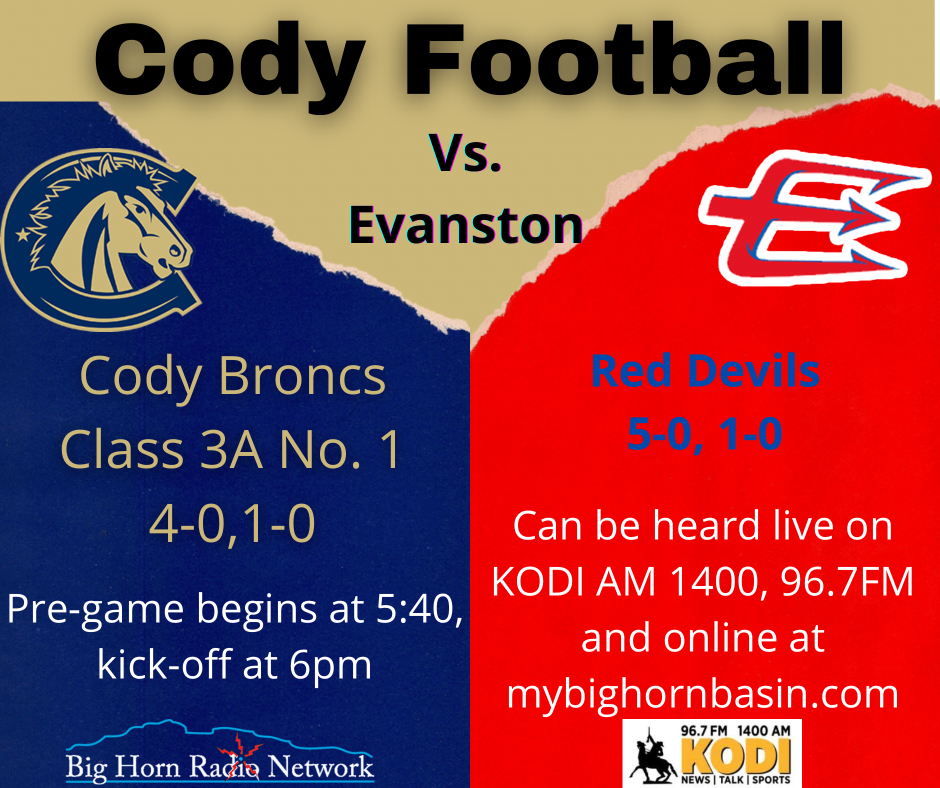