Cody Track Racing through the Spring

The Cody Track team is off and running for the 2021 season. It’s been a formidable start for the Cody tracksters who have competed in three events thus far this season. The Fillies have finished 2nd and fourth, respectively this season while the Broncs have been 6th and 7th. Today, an update on Cody Track from Head Coach Bret Engdahl and a pair of athletes. Coach Engdahl with an assessment of the season up to this point.

“They keep improving. I mean, to be honest with ya the first meet was our best meet weather wise. The last couple we’ve faced some head winds and different things but the kids are competing well. The tough part is, they’re doing all this work and when you’re running into a head wind sometimes that doesn’t show on the score sheet or the time sheet. We’ve been super pleased with effort and attitude and just, you know, bucking up and doing it when they need to.”

With the Park County Quad being canceled, for today, Cody will be back in action Saturday and Tuesday traveling to Sheridan both days. Those two meets will provide Cody a greater look at teams across the state and coach Engdahl adds to how they’re approaching the meets.

“We go into meets with a plan of what events kids want to do. We almost never have them do four events in a given day. We don’t try to win that meet, we try to qualify and win the Regional meet, win the State meet. With the team scores, I’ll scroll through them but in the end it’s really not an indication of what we can do, it’s more just what we’re trying to do that particular weekend.”

Earlier this week I also had the pleasure of catching up with a pair of athletes. Luke Talich has an opportunity to qualify for five different events at State. Luke comments on coming together as a team.

“Yeah, I mean, track is just a bunch of athletes just competing. If you think about it, it’s just kind of a mind game. Like tough people win, is what we say a lot at Cody. Yeah, it’ll be fun. Hopefully we do pretty good in the coming tournaments and hopefully we place at state.”

And Lake Harrison competed in indoor track this past season and is looking to improve on that performance this spring. After a year without spring sports Lake comments on just being out competing once again.

“It’s just a chill sport. I love it for that. You know, it’s like pressure but then you go out and compete and it’s all on you. You don’t have your teammates to back you up but they’re always here to support on the side of the track or at your event. We have a great coaching staff here. I love each and every one of them, so positive and I think that’s super important going along with, which helps us to do so well.”

The Cody High School Track and Field team will be in Sheridan on Saturday for the Dan Hansen Invite and will return to Sheridan on Tuesday April 20th for the Gary Benson Invite. For full 1-on-1 interviews with coach Engdahl, Luke Talich and Lake Harrison, check out our website.

US expels Russian diplomats, imposes new round of sanctions 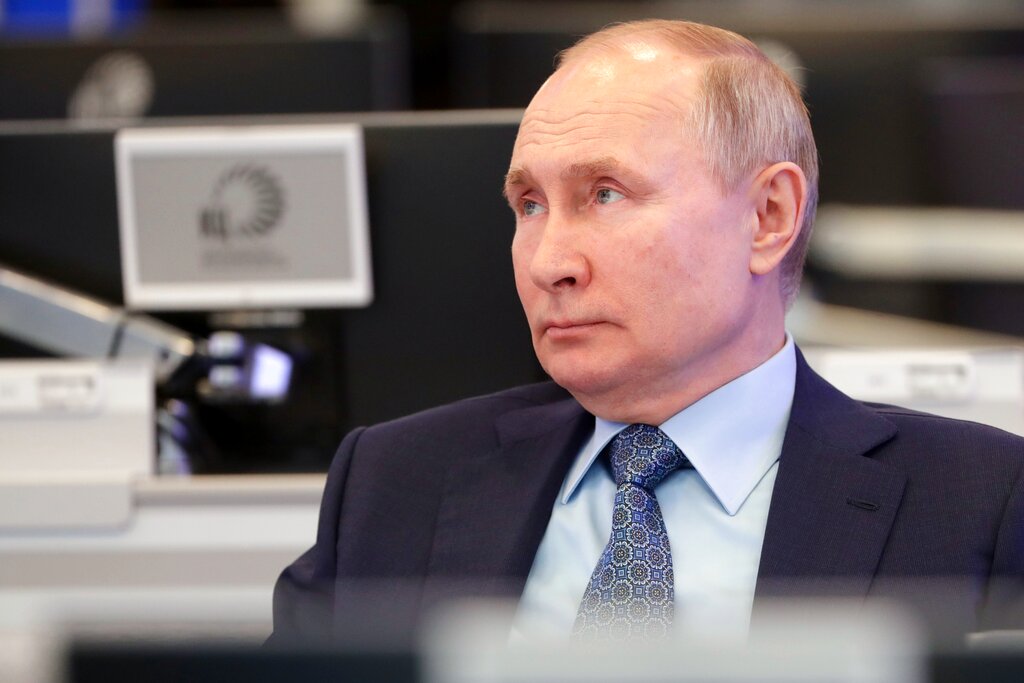