Prominent political candidates and local leaders agree that change must happen in Cody, which means restoring a conservative educational philosophy free of the “sexualization” of children.

Scents of Domino’s pizza permeated the air in the crowded meeting room at the Cody Hotel. By the time the first speaker approached the podium, forty to fifty people were seated leaving only standing room for this packed event.

The occasion was the Lunch Hour Rally — “Pushing back against sexualizing children in K-12 public education.” The event, in the spirit of a growing local and national movement, hopes to remove certain books from school libraries. However, speakers at the rally maintain that this is not “banning books.” 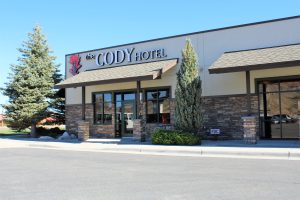 Folks assembled to hear the lunch hour speakers from across the state. Most speakers were current or aspiring candidates for political office, and all spoke on the importance of defending children and education.

Each speech was framed around one issue: the books available in the Park County School District #6’s school libraries and the wider impact on education and childhood development.

Rachel Rodriguez-Williams — the representative for Wyoming House District 50 — introduced each speaker. Her presence at the meeting was significant, given her elected position and intentions for future political action.

The first speaker was David Iverson, host of the Cowboy State Politics podcast. He presented an “academic argument,” slightly mocking the term, which outlined the difference between “freedom” and “liberty,” arguing that liberty is freedom with constraints.

Limiting certain kinds of content and books, Iverson says, is totally consistent with the American conception of liberty.  His argument centered on how books in a school library should be of educational use, noting that works like Gender Queer by Maia Kobabe do not fit within this description. Iverson compared certain books as akin to having Penthouse magazines available to students. He also said this kind of thinking, denial of verifiable biological facts and truths, has led to the downfall of major civilizations like the Roman Empire.

Culpability was a common theme among all the speakers: it’s not just that these things are happening — the citizens of Wyoming allowed them to happen by assuming public schools and school boards would act in the best interest of parents and students. 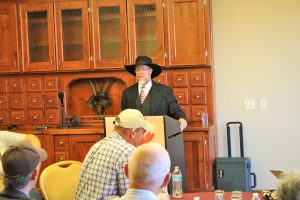 Tim Lassater, the next speaker and aspiring write-in candidate for the Park County 6 School Board, took that idea a step further. His speech focused on the board as elected officials, saying, “they work for us.”

Lassater also said that there have been no contrary votes on the school board in years. That, he argued, was similar to the “unified front” that led to the establishment of the Nazi regime in Germany.  Perhaps, he suggested, the term “Nazi,” so often applied to conservatives, is more aptly descriptive of local public and governmental entities.

Pastor Pat Alphin of the Cody Cowboy Church said at least one “transgender book” is available in every school library in Cody (including 10 books at Cody Middle School and 13 books at Cody High School.) According to Alphin, an early introduction to sexual education leads to “suicide, bad behavior, lower grades,” and promiscuity beginning at a young age. This claim, he said, is backed by current research.

Sexual education was another important topic. The room agreed that any sex ed in Cody should be “just anatomy.” Any other discussions should stay between children and their parents, not the educational system.

There were signs that this was not idle talk. Several speakers hinted that Rodriguez-Williams will soon draft a bill for the next session of the Wyoming Legislature to address these concerns. 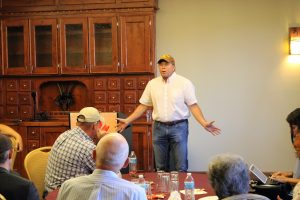 Gubernatorial hopeful Brent Bien was the most prominent person in attendance. Chuck Gray, the presumptive Secretary of State, was on the list of “motivational speakers” but did not attend the event.

Bien asked who defines and stands with “the truth.” He suggested that by placing these books in libraries, school boards are acting illegally, and this brazen act will “tear kids away from their parents.”

Ambitiously, some folks are looking to elect candidates who will not appear on the ballot in the upcoming mid-term election. Several political candidates hope to secure local offices through a concentrated write-in campaign, Bien gaining significant support from the grassroots effort. 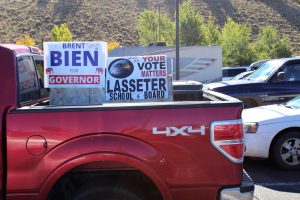 Lasseter, who is not on the upcoming ballot, hopes to be elected to the Park County 6 school board along with colleagues and registered candidates Bob Barry and Billy Struemke.

A voting guide was available to all attendees, listing “Wyoming conservative candidates,” which also included names to write-in and how to ensure a completed vote by filling in the oval on the ballot.

This story was written by Andrew Rossi and Caleb Nelson. 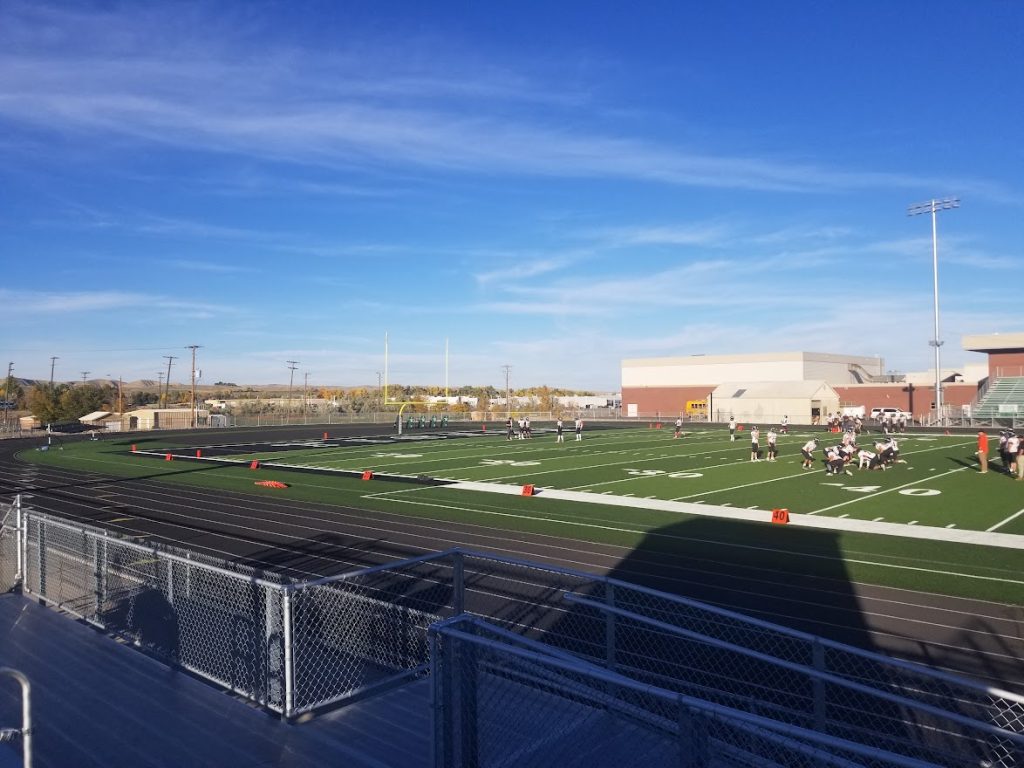