Both fires in northwest Wyoming – the Crater Ridge Fire and Sand Creek Fire – are slowly growing, both in size and containment, as the firefights continue.

As September progresses, both of the major wildfires in northwest Wyoming are down but not out – literally.

Day by day, both the Crater Ridge Fire and Sand Creek Fire are getting more contained and less dangerous. But neither fire is close to its end, as firefighters continue daily containment efforts and full suppression strategies. 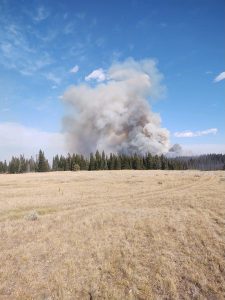 The Crater Ridge Fire in Bighorn National Forest is 6,804 acres and 68% contained as it burns into its third month.

Fire activity has gotten more aggressive over the past few weeks. On Wednesday, Sept. 15, tree torching was seen within the fire perimeter – a sign that it’s still dangerously hot within the blaze.

The full suppression strategy – implemented since the fire began on July 17 – remains in effect. Firefighters are still engaging the fire on the ground where it is safe, and helicopters continue water drops on inaccessible areas.

Official fire updates thru sites like InciWeb officially stopped on Sept. 8. Instead, the most up-to-date information is being released daily by Bighorn National Forest staff.

Bighorn National Forest and Sheridan County remain under Stage One Fire Restrictions. Also, an area of the forest remains closed to public access, so nothing inhibits the ongoing firefighting efforts. 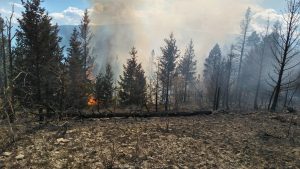 Meanwhile, the Sand Creek Fire in Shoshone National Forest is 907 acres and 30% contained.

Firefighters have been making progress in containing the fire over the past few days. This progress has been accomplished despite windy conditions and fighting a Red Flag Warning throughout Park County.

Like the Crater Ridge Fire, a full suppression strategy is being employed for the Sand Creek Fire. In addition, direct fire lines are being created to stop projected growth while ensuring all incident personnel stays safe from the growing flames.

Despite its growth, the Sand Creek Fire is already preparing to transition from a Type 3 to Type 4 Incident Management Team. According to F.E.M.A., Type 4 teams take over incidents once there is low resistance, adequate resources, and limited effects on the surrounding population.

The Type 3 to Type 4 transition is a sign the fires are still active but significantly less dangerous. The Crater Ridge Fire transitioned to a Type 4 Incident Management Team on Wednesday, Sept. 8.

The National Weather Service in Riverton has issued a Red Flag Warning for northwest Wyoming, which is in effect from noon to 8 p.m. Friday, Sept. 17.

The warning covers all northwest Wyoming, including Big Horn and Fremont Counties. While the Crater Ridge Fire is entirely located with Sheridan County, strong winds and dry weather in Big Horn County could fuel the fire – which is within 10 miles of the county line. 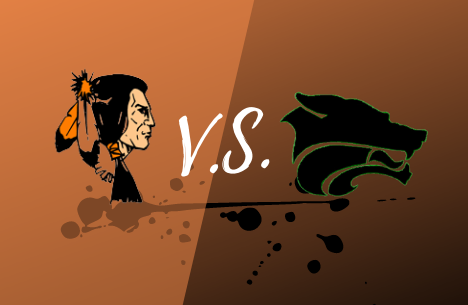 Worland Gets A Comeback Volleyball Win Over Lovell 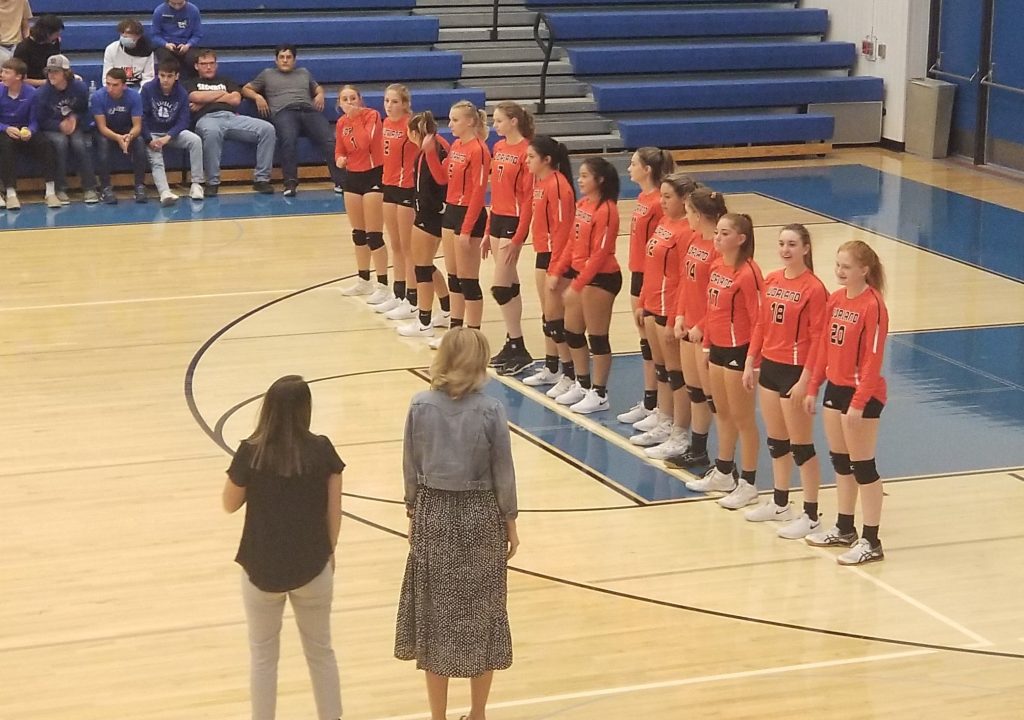