The 2022 Wyoming Legion ‘A’ State Championship Tournament got underway Monday.

The Cody Cubs are playing host to the State Tourney all week long.

Opening Ceremonies got underway Monday night which was highlighted by Rocky Tucker, throwing out the first pitch. 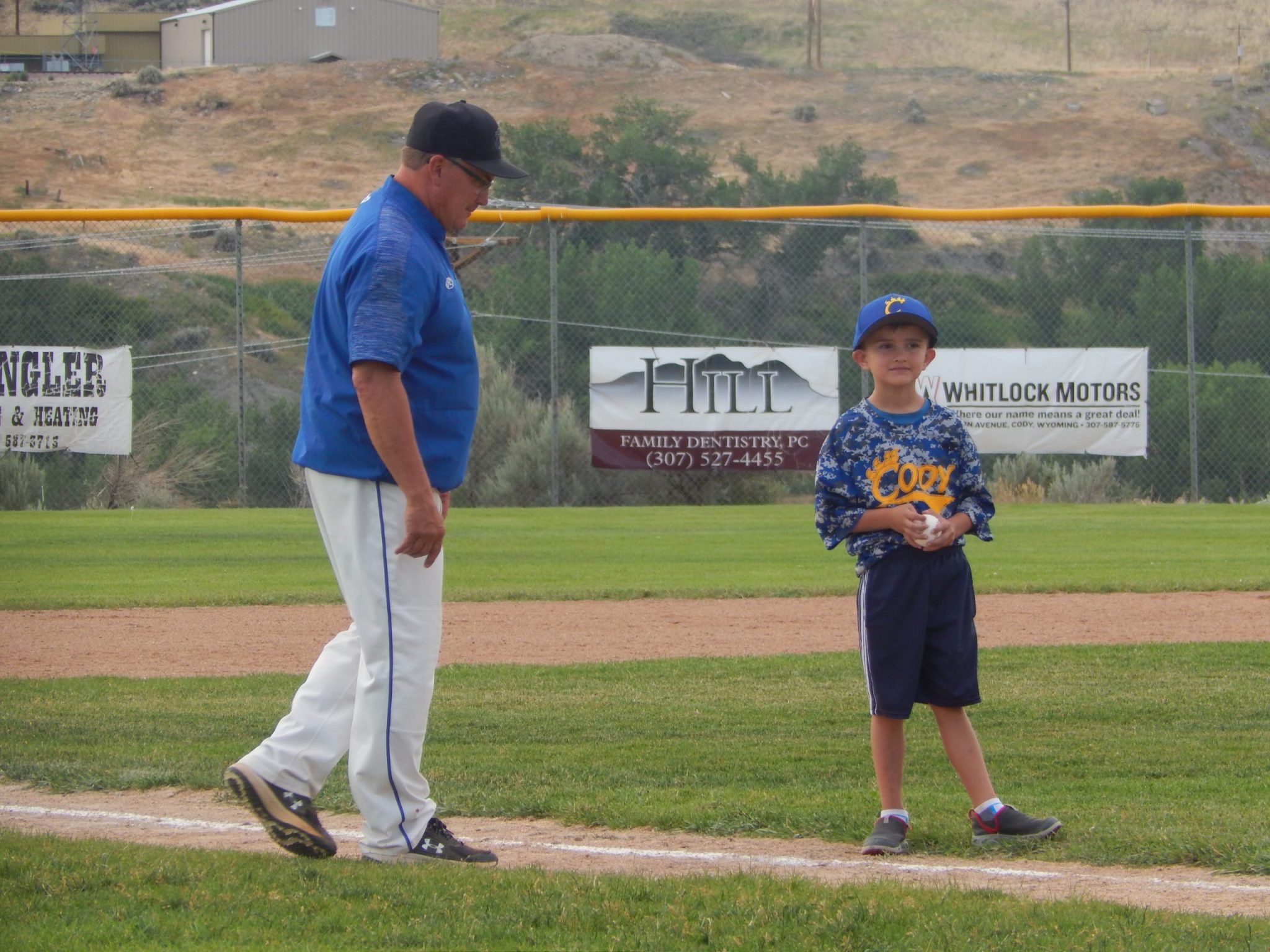 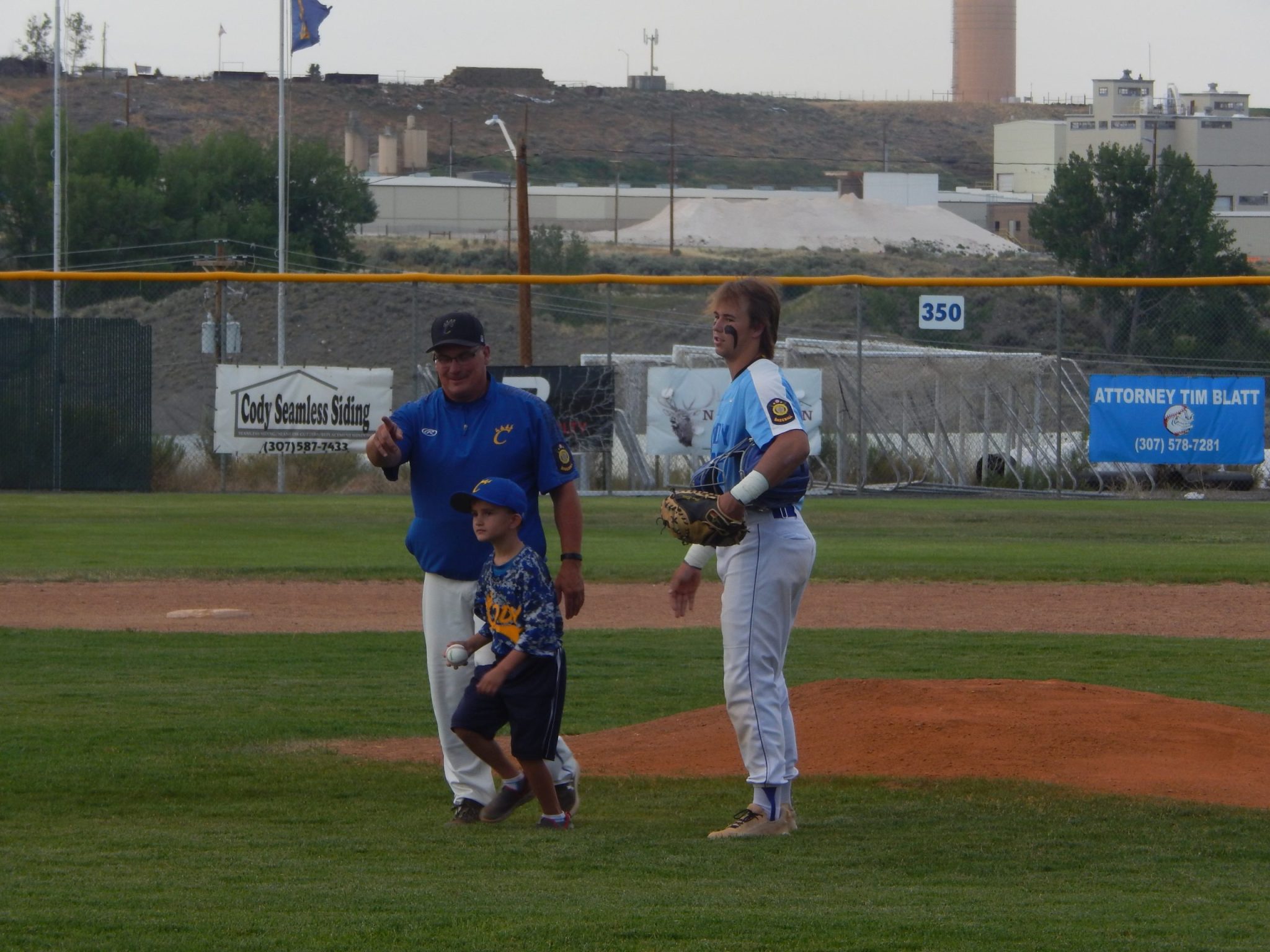 The Cubs then took to the diamond in the nightcap and came away with a 7-4 victory over the Torrington Tigers in the first round.

Trey Schroeder got the start and was flawless once again. He would pitch 5 innings of 1 hit ball while striking out 6 to pick up the win.

The Cubs got the bats going early. Jackson Schroeder hit a solo shot to start off the game, giving Cody the early 1-0 lead.

The Cubs got timely hits all night long.

Later on, in the bottom of the 3rd, with 2-outs, Jace Jarrett stepped to the plate and connected on a 2-RBI single back up the middle, making it 3-0.

An inning later, Ben Reinker and Jack Schroeder each had RBI singles to give Cody the 5-0 lead.

Trey Schroeder was pulled after 5 to save him for down the road.

Torrington charged back. The Tigers scored 4 runs in the 6th inning and cut the Cubs lead down to 1.

In the bottom half of the 6th, Eli Johnston would clobber a lead-off double and came into score on Reinker’s suicide squeeze and Cody added 1 more to make it 7-4.

Jack Schroeder took to the hill in relief and came away with his first save of the season, striking out 2 of the final 4 batters.

Cody advances to the second round of the State Tournament where they will be matched-up with the Sheridan Jets Tuesday night. First pitch scheduled for 7pm. 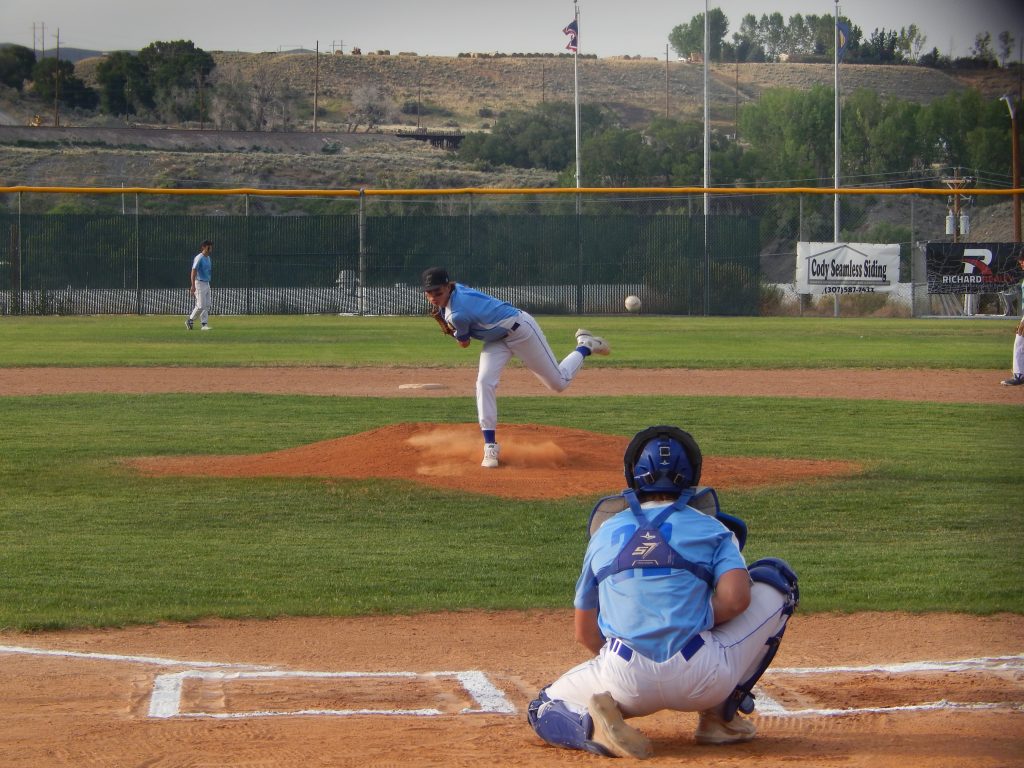 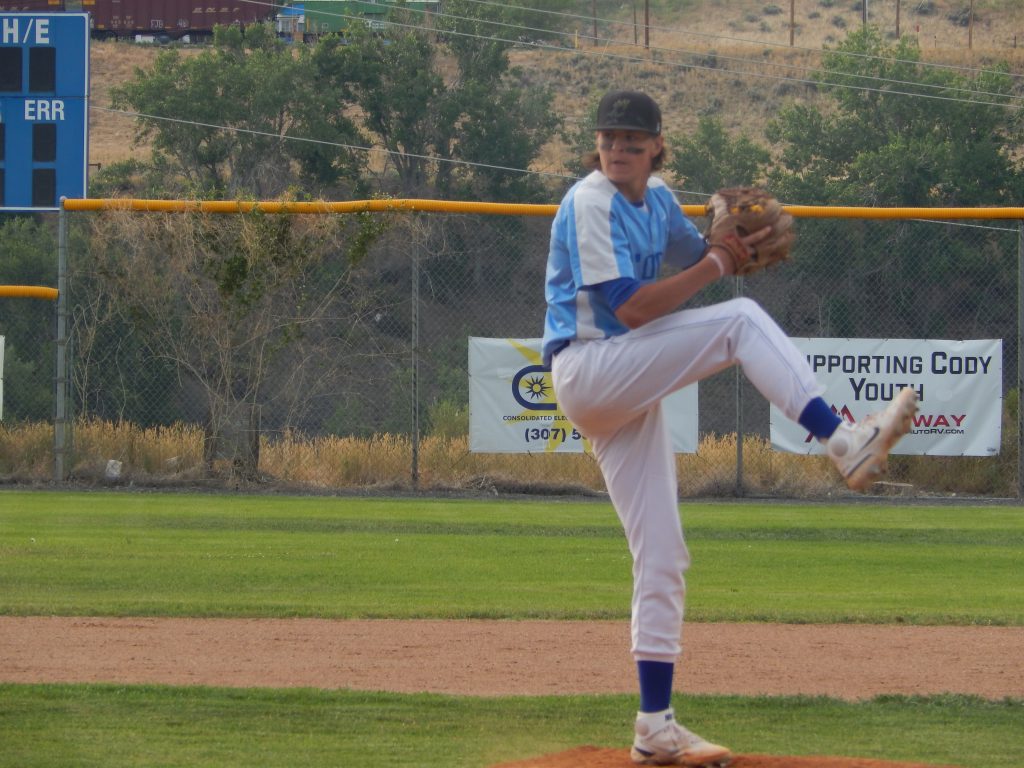 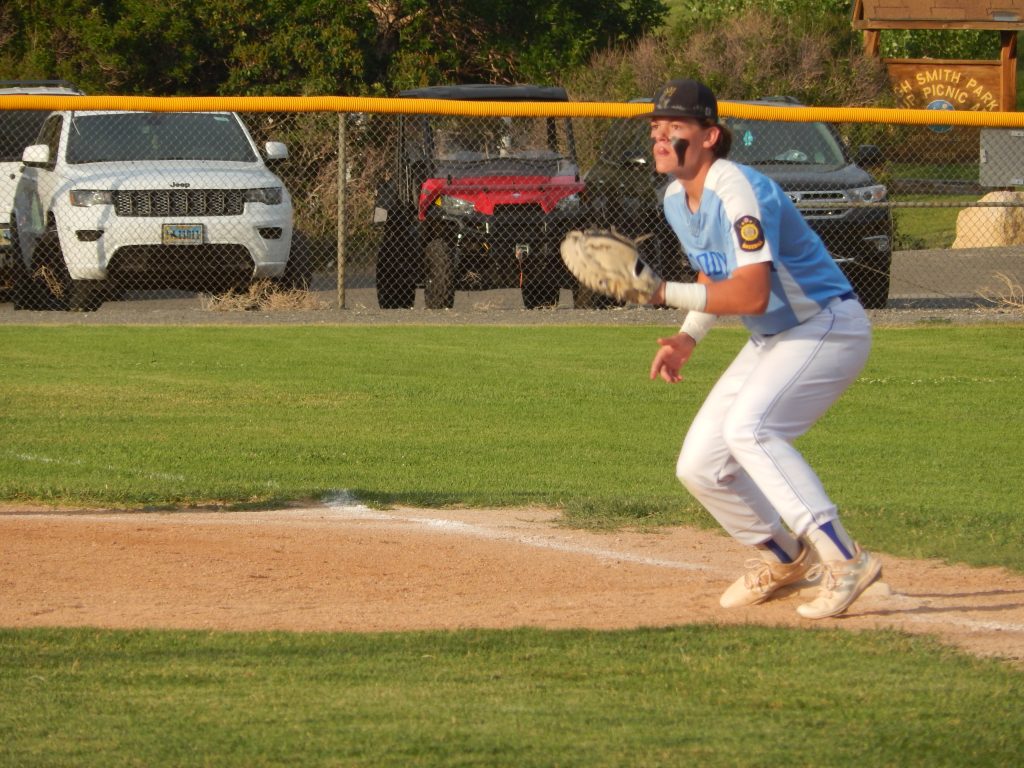 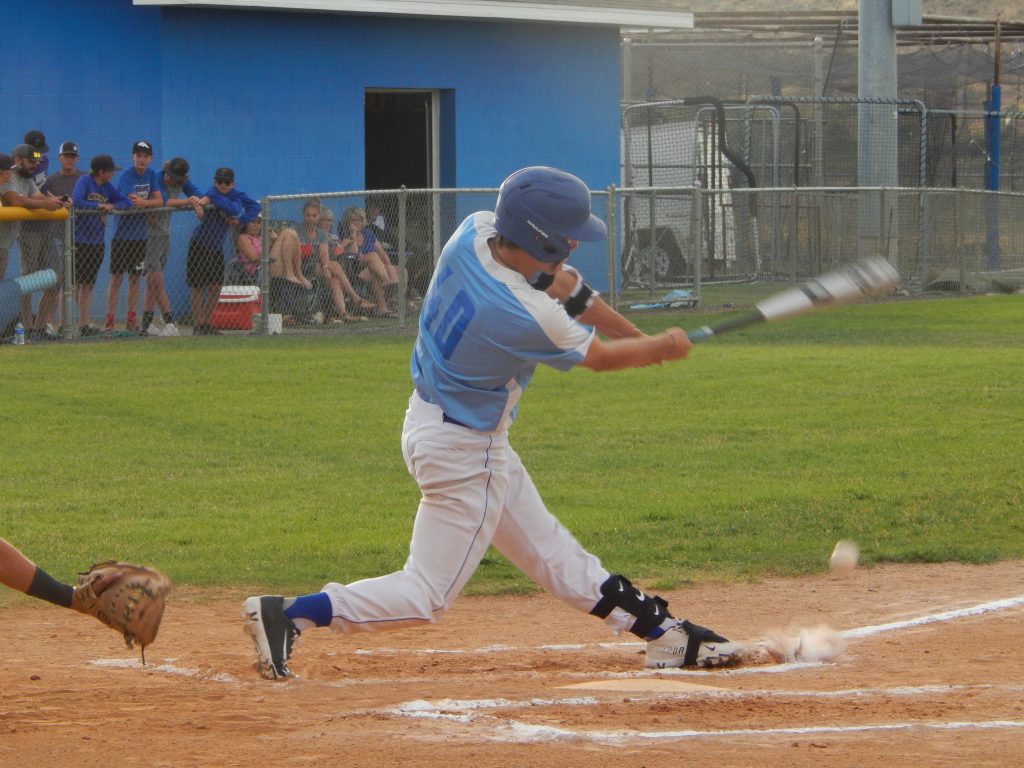 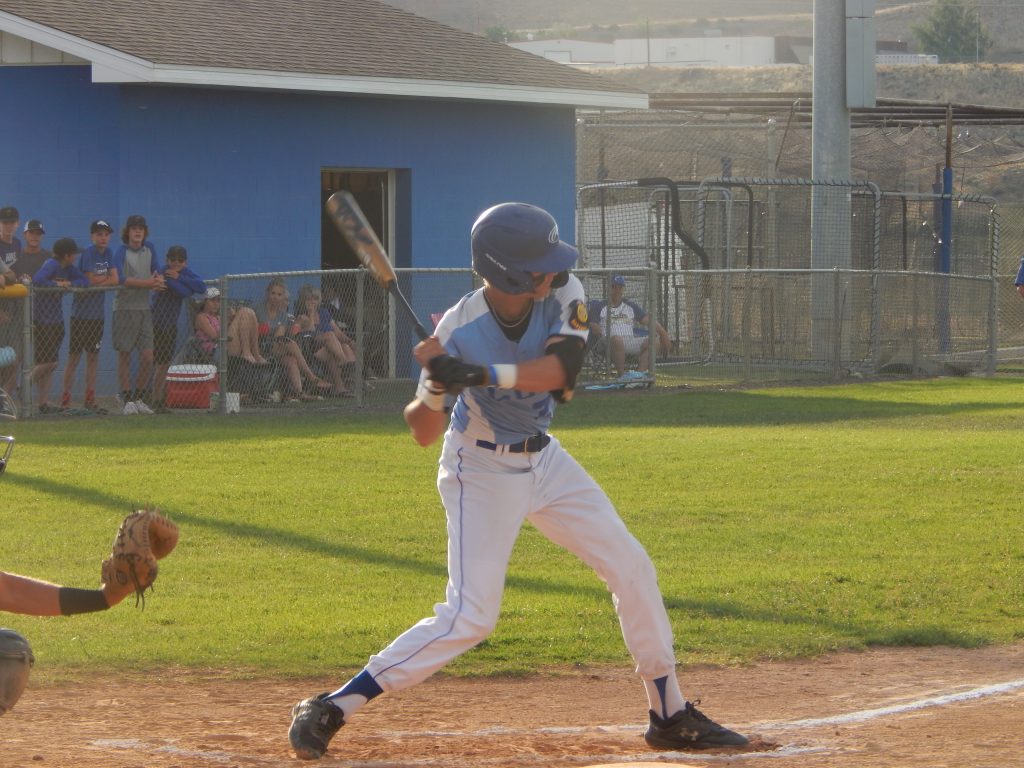 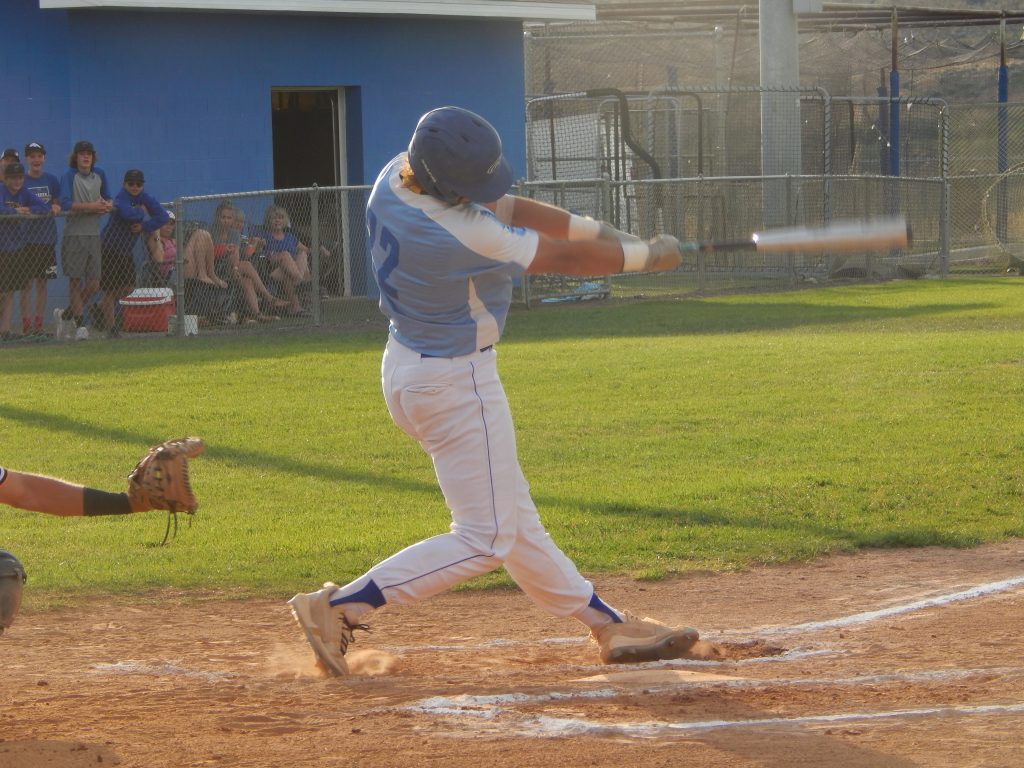 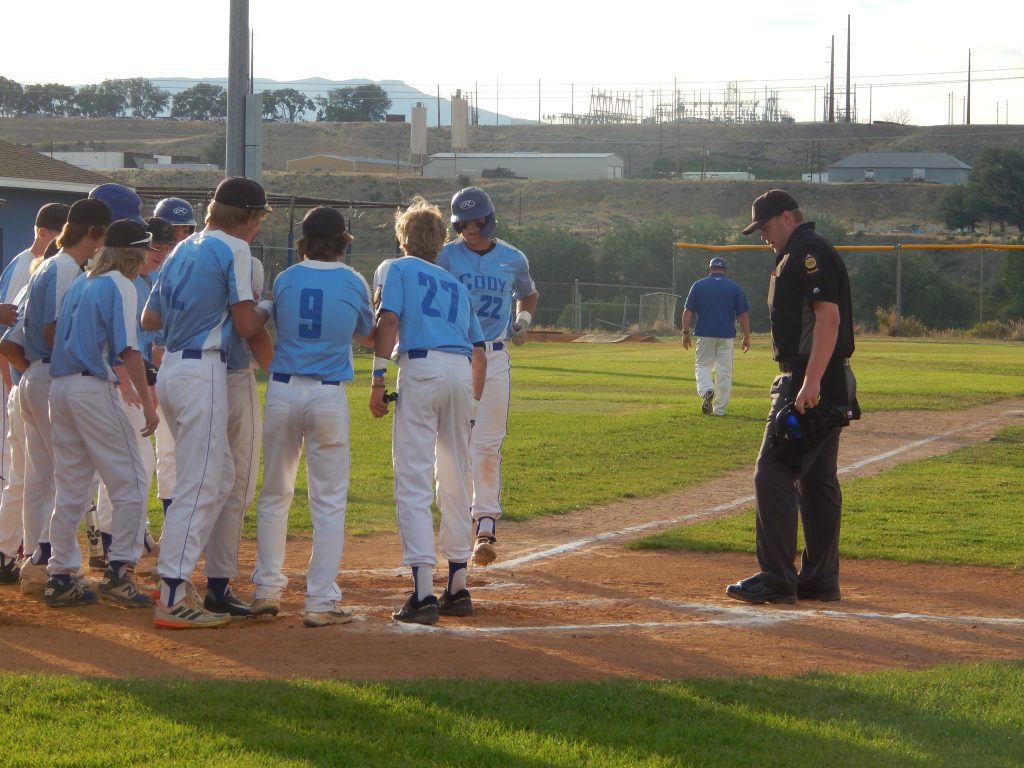 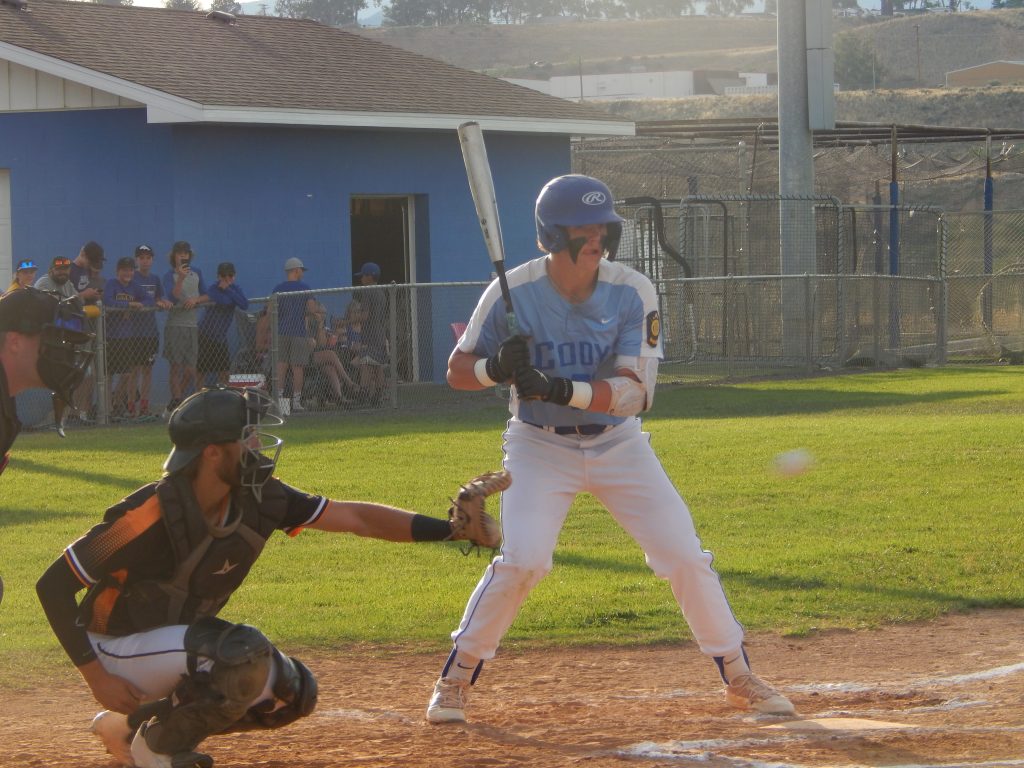 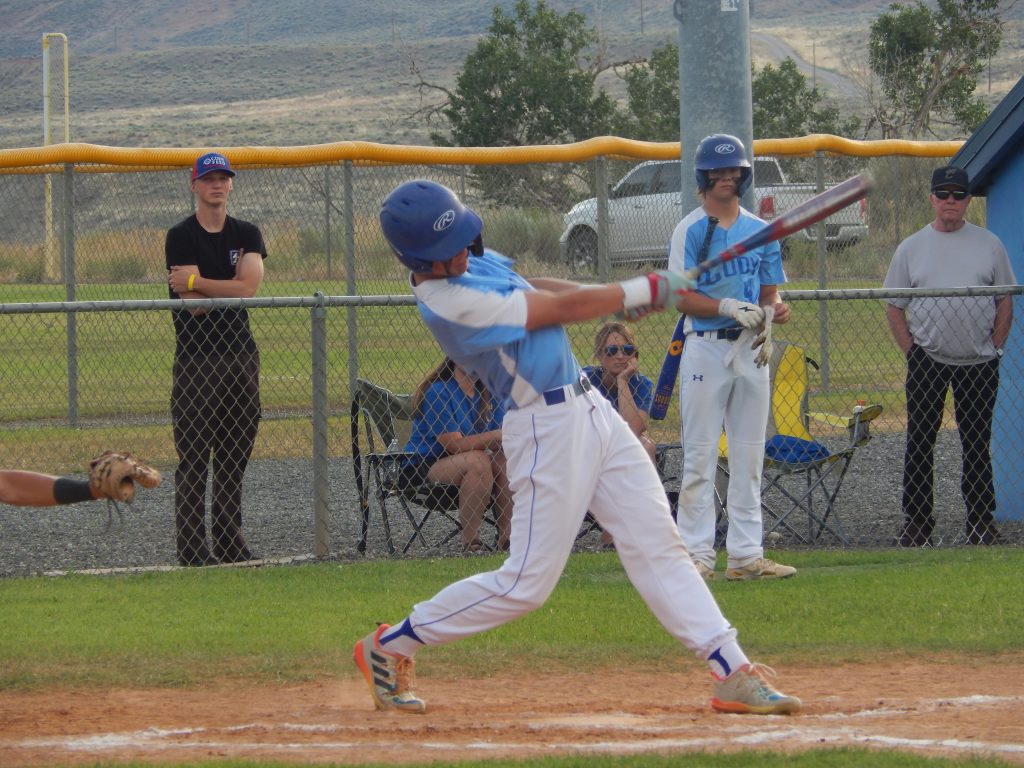 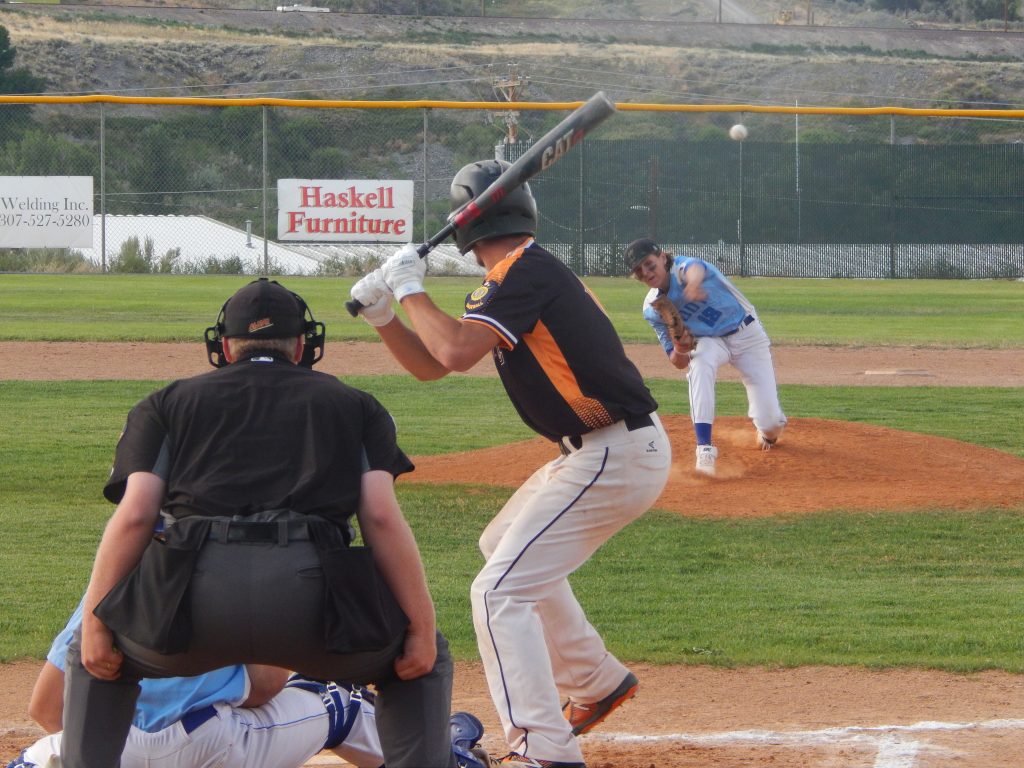 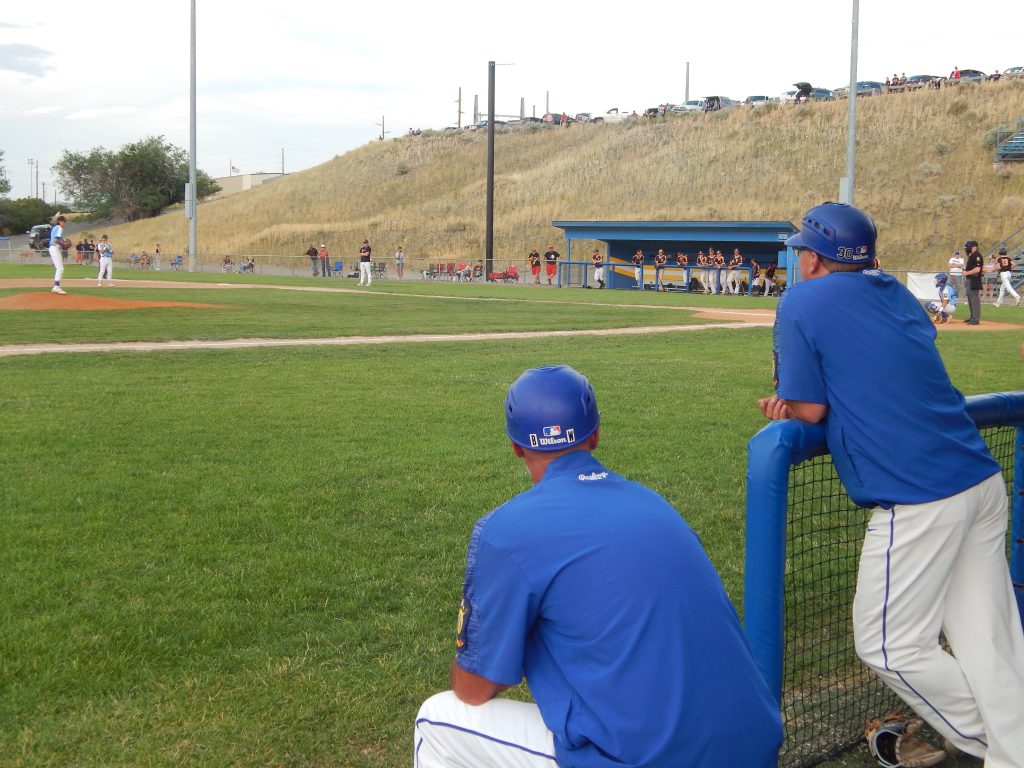 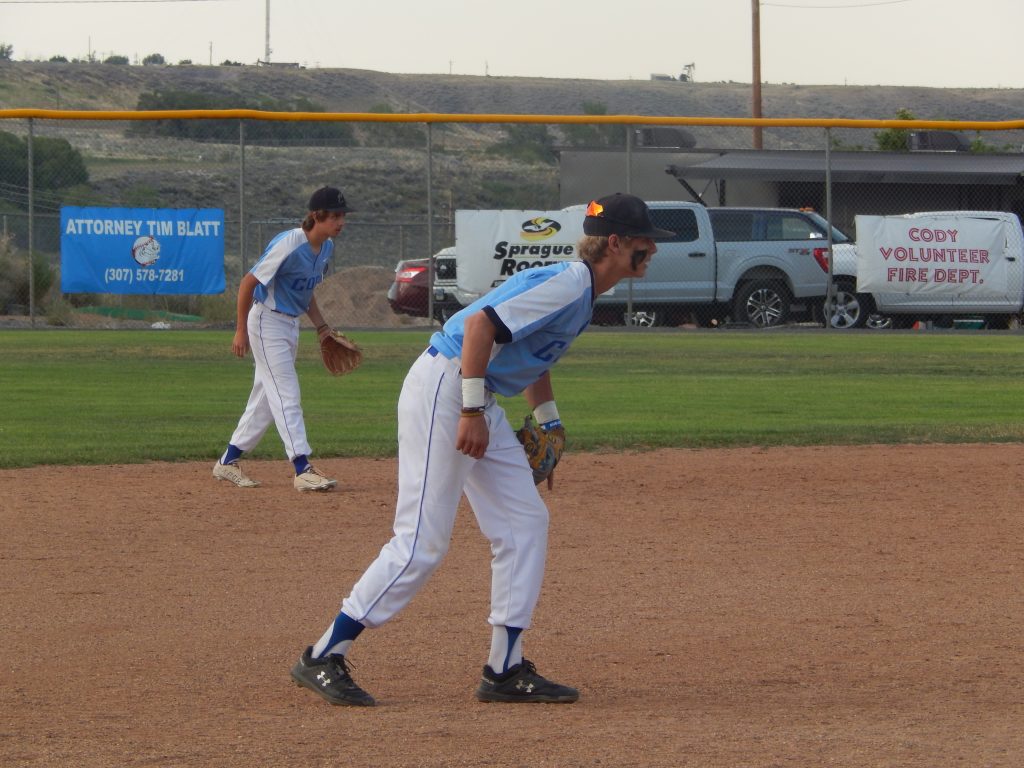 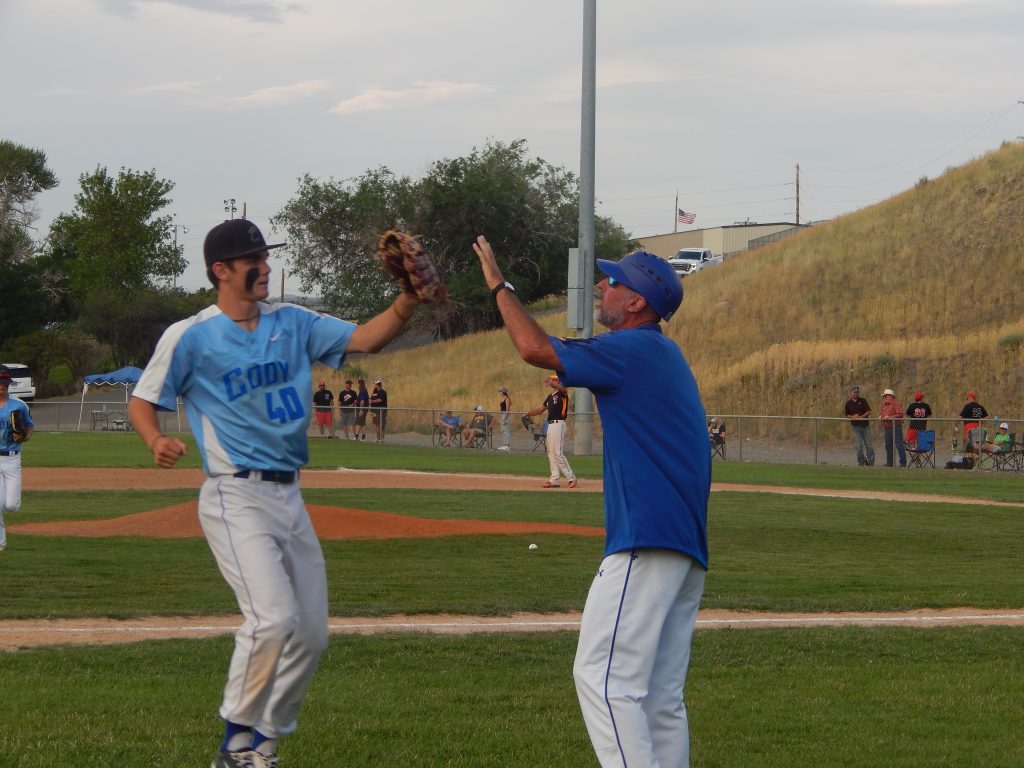 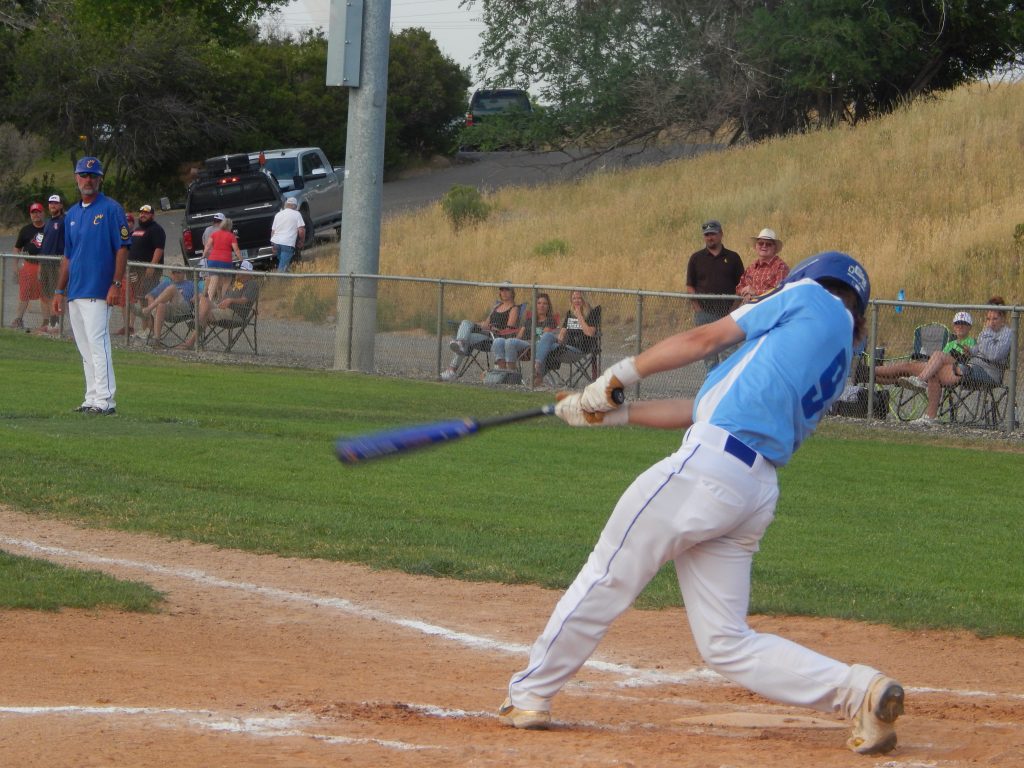 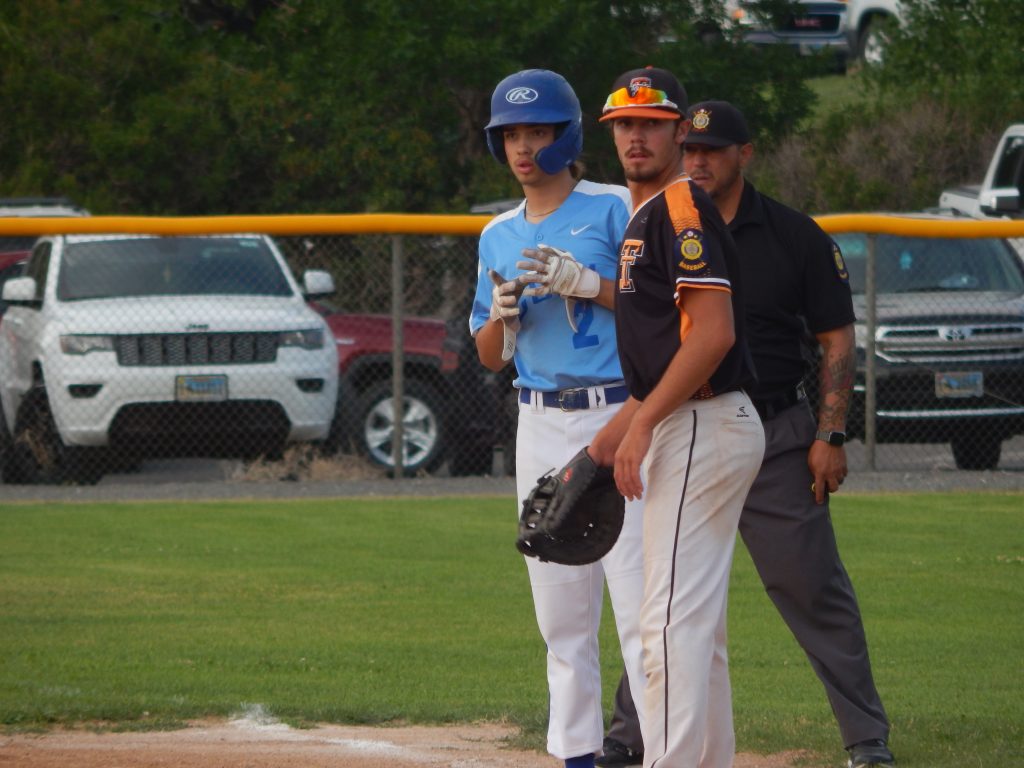 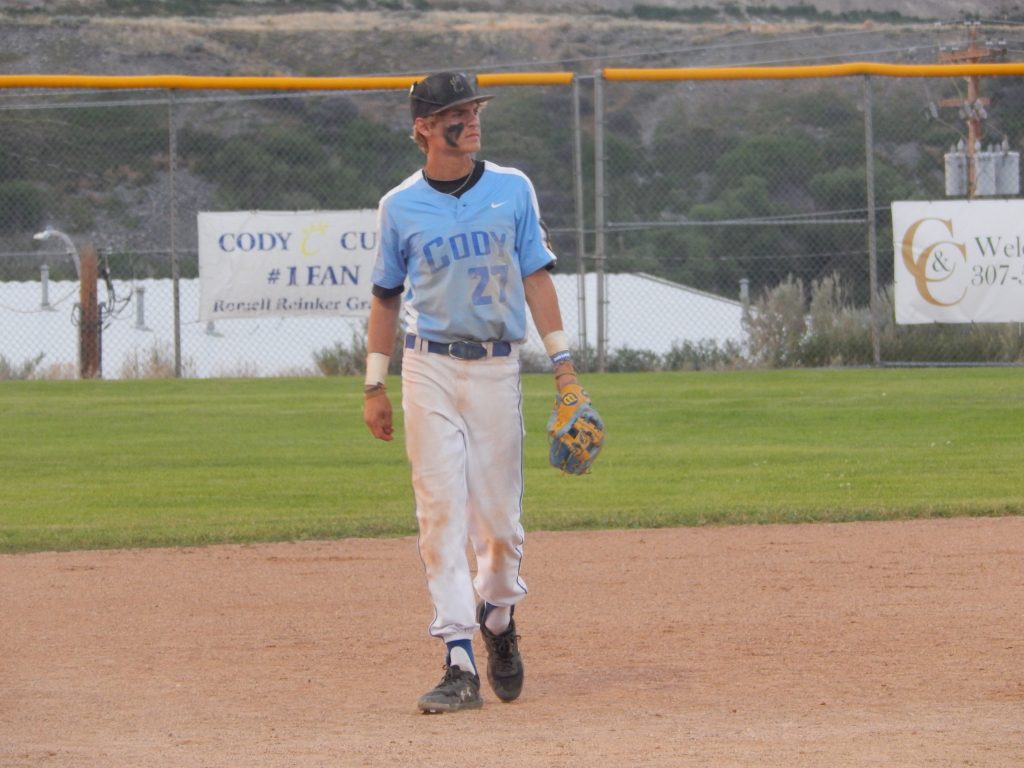 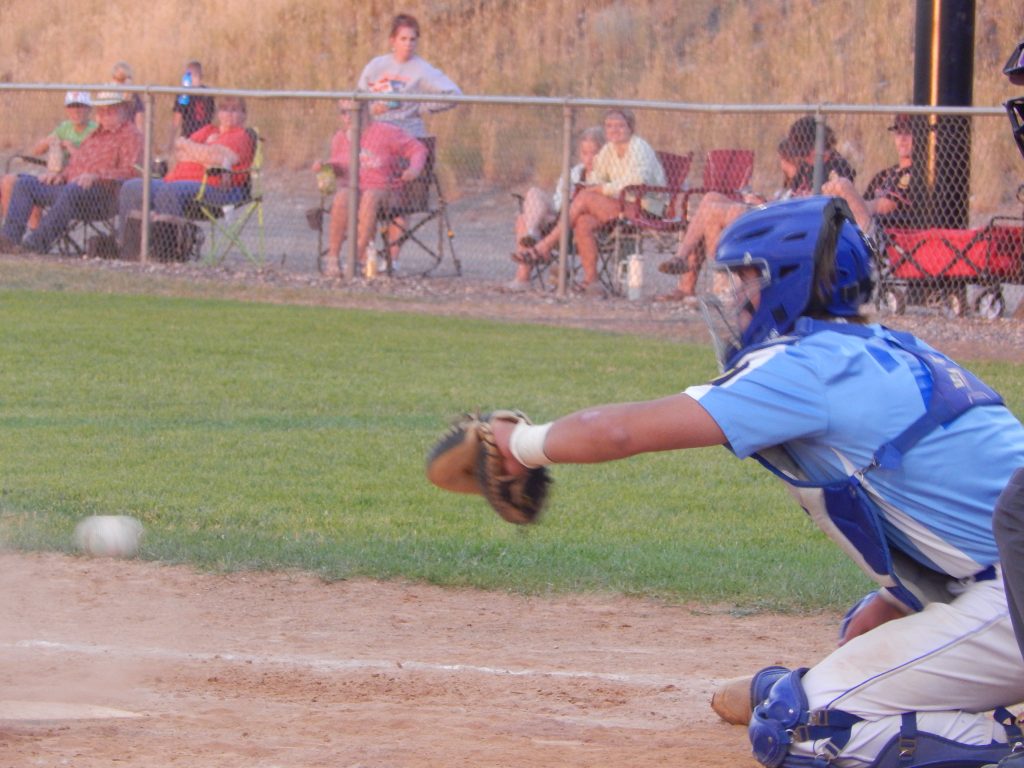 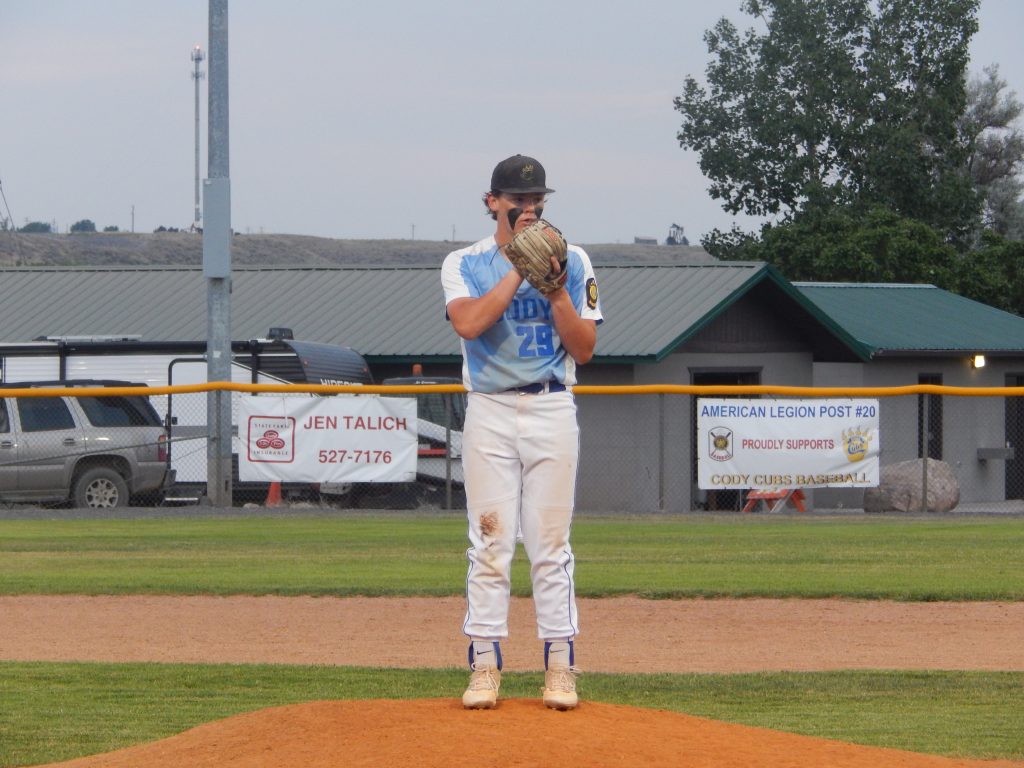 A look at how the rest of the bracket played out.

Powell opened the action with a 4-1 win vs. Cheyenne.

Casper knocked off Green River by a final of 5-4.

And Powell will face Casper as both teams look to continue their winning ways.

Due to a programming error I do not have a audio replay of this game. I apologize for that.

I would also like to thank the Cody parents and players for the autographed jersey. That means a lot. 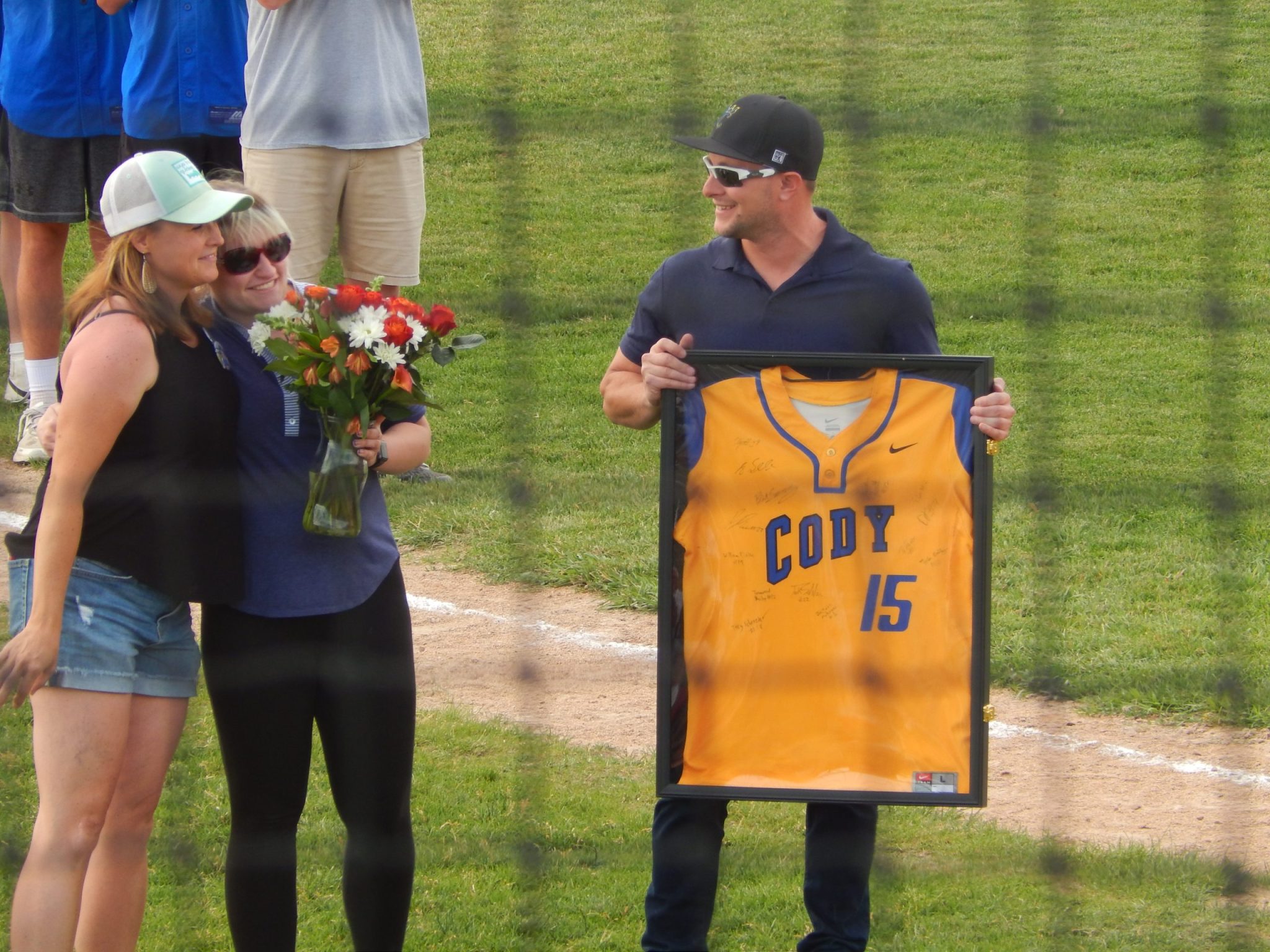 Also over the weekend the All-Conference honors were released and you can find those below: