Filly Swim Back in Action Under New Coach Emily Swett

The Cody Filly Swim team is back in the pool as competition for 2020 is underway. Like all sports teams in the area the Filly Swimmers are ecstatic to be competing once again and have participated in two meets thus far. The Fillies are coming off a 2019 campaign in which they finished 6th at State. Now under the direction of new Head Coach Emily Swett the Fillies are back in the water ready to improve and better themselves. With two meets already under their belts coach Swett gives her early season impressions.

“I think everyone would agree that we got off to a great start. We had 23 State Qualifying times across those two days (last Thursday and Friday) and we had one new team record that was set on Friday (at the Terry Bartlett) in the 100 Freestyle, so that was super exciting. Honestly, everyone’s just working super hard and we’ve got a lot of really talented girls on the team and I think we’re all just excited to be in the water, at all, given everything going on. Just have all these opportunities ahead of us.

The Fillies have already seen a record broken in the early part of this season as Tara Joyce broke the 100 yard freestyle by 0.9 seconds. Coach Swett on what that moment was like.

“She’s had her eye on a couple of the records up there but I don’t think we were quite expecting any of them to be broken quite this early in the season. So it was exciting. I think the whole team just kind of got a little be rejuvenated, a little more energized, kind of got that little boost to finish out the meet strong.”

Coach Swett goes on to talk about what it’s been like for her since taking over as Head Coach and says it’s been great that they’ve been back in the pool since July.

“Had some open swims. So kind of had the girls coming, just to really be able to swim together. They had some workouts that they could pick from and just sort of like an open gym but in the pool format. So it was a really great opportunity for all of them and I just think it was a really nice lead in to the season. I guess we’re starting in week four, which is crazy already. It’s eye opening to see how many different things go into a high school sports season.”

Amber Boysen is one of the assistant coaches this year and adds to what the coaching dynamic is like among all the Swim Coaches.

“I think we’re a good team. We definitely complement each other. You know I got two kids on the team and I have a different perspective as far as mom and what kids can handle and maybe what they can’t, what else is going on in their life. They are in three different sports and there’s a lot of pressure there. I think we balance each other out really well. It’s so helpful to have two coaches and then we have a diving coach. We just are able to be hands on and give kids that individual attention that they need. We have all sorts of levels and varieties.”

As for their short and long term goals, a State Title is always what you’re shooting for but Coach Swett wants the team to focus on improving each day.

On a day-to-day basis the goals I think we both have for our team is keeping everyone injury free, having a positive team environment, a great team culture, having a family of girls that really love and support each other and that work hard. I think if we can do all those things and continue to do them throughout the season, hopefully on the other side we’ll see a lot of best times, we’ll see State top six finishers.”

The Cody Fillies Swim team returns to the pool this weekend with back-to-back home meets Friday and Saturday. Friday the Fillies will be honoring their seniors as they host Douglas at 4pm at the Cody Rec Center. 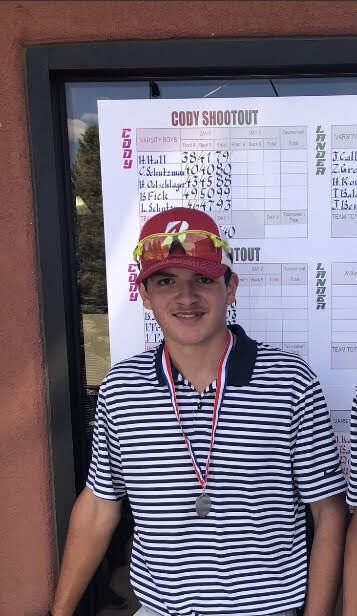