Game and Fish to Meet in Cody

The Wyoming Game and Fish Commission will be bringing its next meeting to Cody.

The meeting will be held at the Holiday Inn March 20th through the 22nd. The public is invited to attend and provide input on important topics.

The meetings will begin on March 20th with new commissioner orientation, which is open to the public, although no official agency business will be conducted. On the 21st, the Commission will vote for preliminary approval on the fiscal year 2020 budget, as well as on changes to Chapter 31, which deals with regulation governing authorized licensing agents.

The Commission will also hear informational presentations on chronic wasting disease, proposed research to investigate predation patterns on elk and livestock, current research and monitoring efforts of large carnivores, a legislative update, an overview of winter impacts on wildlife and an update on the department’s work with migration corridors. A full agenda is available on the Commission webpage.

The public is also invited to an open house beginning at 5 p.m. on March 21, hosted by Rocky Mountain Discount Sports, with the Commission and Game and Fish. The open house will be at the Cody Auditorium – and youth who meet residency requirements and are at least ten years of age will have the opportunity to win lifetime small game, bird and fishing licenses. 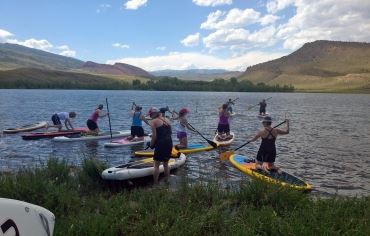