Firefighters made little progress on the June Fire yesterday.
Fire activity picked up on the southeastern flank in the afternoon producing visible smoke along Highway 14/16/20. Fire officials say that four helicopters dropped 94,560 gallons of water yesterday, flew crews into the rugged northeastern section of the fire, and delivered 14,151 pounds of cargo.
The cold front that is moving through the area today may produce thunderstorms with gusty winds. There is potential for precipitation – however, Brett Haberstick, Public Information Officer with Rocky Mountain Incident Management Team Black, says that the expected moisture might not make an impact on the fire.
The fire, which began last Tuesday just south of the North Fork Highway between Pahaska and Wapiti, is considered 29 percent contained as of yesterday evening. However, Haberstick says the containment date is currently projected to be the end of September.
Crews plan continue to build fireline in the Elk Fork drainage and monitor the western and southern fire perimeters this week. 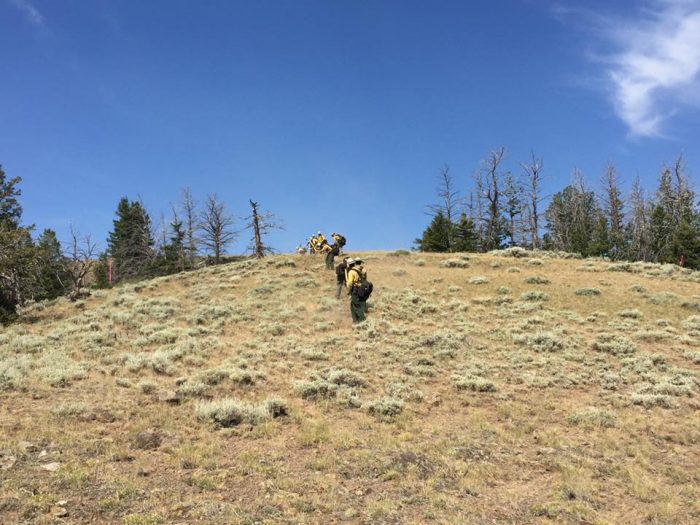 No Injuries from Fire on Skyline Drive Overnight