Coming off a three game losing streak the Lady Warriors would look to correct that. Having played four of seven games against ranked opponents. They also played five of the top ten scorers in the State of Wyoming 3A.

Task at hand? The number two ranked Wyoming 2A Girls Basketball team in the Rocky Mountain Lady Grizzlies. Another top five scorer, Kiara Jolley. Top five in assist with Josey Steed, and a team that averaged nearly 52 points a game.

The baskets were quiet in the first period. For both teams. Brooke Wright hit the games first shot. A three pointer to open the scoring for both teams. The Lady Warriors would score nine points in the games opening period. The Lady Grizz? They managed seven points.

Kiara Jolley would make a three point shot in the second period. The only scoring the Lady Grizz would see in the period.

The points came for the Lady Warriors inside the paint. Darla Hernandez with four. Denali Jones with six. Worland would take a twelve point lead into the half. They have been here before. Many times.

The Lady Grizz would score twenty points in the third period. Jolley with seven, Alexis Minemyer with six points. Victoria Arnold had five points including a three point shot.

Worland would survive the run with twelve points of their own. Including a timely three by Logan Yule. Ending the third period up by four.

Earlier in the week the Lady Warriors had an eight point lead at the end of the third against Cody. Worland would lose that game 37-33.

The top three scorers for the Lady Warriors would take over the offensive end for Worland, which included a rare three pointer by Denali Jones. Tymberlynn Crippen would also hit from three point land. Darla Hernandez would add six from the paint. The Lady warriors would score seventeen points in the fourth period.

Rocky Mountain averaged nearly 52 points a game. The Lady Grizz scored one. 1. as in a single point in the fourth period. Kiara Jolley ended the game with twelve points. Alexis Minemyer finished with eight points. Six of those in the third period.

The Lady Warriors held the number three scoring offense in Wyoming 2A to thirty one points. Winning by twenty. 51-31. This game is only a single game, but huge in the bigger picture. A battle tested Worland Lady Warrior team will start Conference play next week hosting Powell in Warrior Gym.

You can listen to KWOR 104.7FM/1340AM or listen online mybighornbasin.com 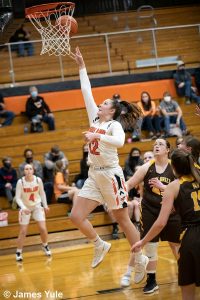 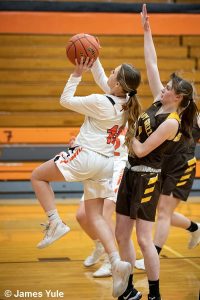 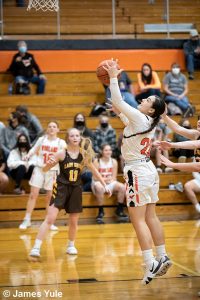 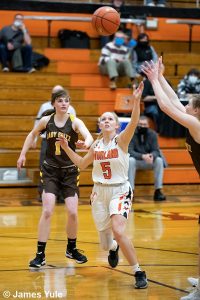 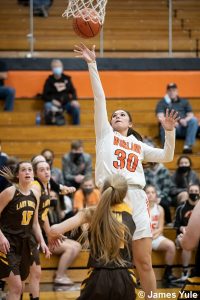