After a twenty nine point win over the Lovell Lady Bulldogs on Friday, the Lady Warriors would travel in the frigid Wyoming temperatures to Powell on Saturday.

The Lady Warriors had won seven of their last eight with four in a row. They had fallen well out of the top five teams in Wyoming Girls 3A Basketball. With four loses on the season. Mostly written off.

Tymberlynn Crippen would hit early with a three pointer in the opening period. So would Brooke Wright. Darla Hernandez with four. Denali Jones would lead all scorers in the first period with six points. All from inside the paint. Worland would hold Powell to four points. 16-4 end of first.

Brooke Wright would add another three in the third period. Denali another six points. The Lady Warriors managed nine points in the third with adjustments made by Powell. The third would end with a 24 point lead. 40-16.

In the final period Darla would have four points, Denali two and Crippen two. Freshman Nayeli Aguayo would score her first Varsity points of the season for the Lady Warriors when she scored a basket.

The Lady Warriors held Graft to four points in the game. She is Powell’s leading scorer. Freshman Addy Thorington lead Powell in scoring with nine points. No Lady Panther would have double digits.

Denali Jones lead all scorers with eighteen points, Darla had twelve, Brooke with eight, and Crippen with five. As the Lady Warriors win their fifth in a row. Lady Warriors 51-24. They are now 12-4 this season, and 4-1 in Conference.

Next will be home verse Lander. You can listen to the game on KWOR 104.7FM-1340AM or online at mybighornbasin.com 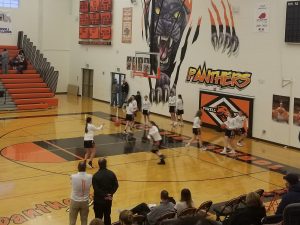 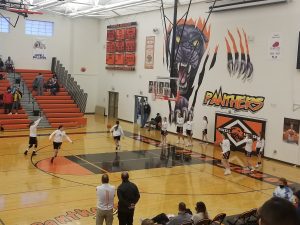 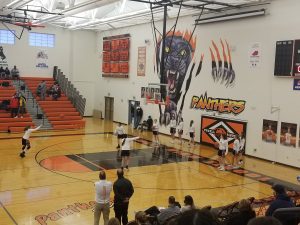