After a loss to Lander which the Lady Warriors were only able to score 29 points. Worland was able to score 50 plus for two consecutive wins.

The 52-50 Friday night win in Buffalo didn’t come easy. Defensively Denali Jones played as well as she had all season in the low post. Buffalo was trying to work the paint with Danica Boyce. Jones would hold Boyce to 2 points in the first period.

All 12 of the first period points for the Lady Warriors came from within the paint. Darla Hernandez had eight. Jones and Ajaih Montoya would each score a bucket. Worland would end the first with a five point lead 12-7.

Buffalo’s Cantrell Rosalez made two 3 pointers for the Lady Bison in the first period. Ava Wagner would add a free throw for Buffalo.

The game would go to halftime with a 23-23 tie. Hernandez had 10. Jones with 7. Tymberlyn Crippen was held to one shot behind the arc. The Lady Bison;s were lead by Rosalez with 10.

Scoring would be difficult for both teams in the third period. Rosalez again would get going with eight points in the third. Darla had six and Denali ended the third with five.

Shooting for the Lady Warriors wasn’t what they have become accustom to. Tymberlynn made just one 3 point shot. It was the only 3 point shot Worland would make all game long. Cantrell Rosalez made four 3 point shots for Buffalo.

Paint points would make the difference and give Worland the 52-50 win. Darla Hernandez had 19. Denali Jones 15. Crippen had 9, six of those from free throws. Brooke Wright had seven and Montoya had two.

The Lady Warriors game today has been postpoined. Be sure to listen on KWOR 104.7FM/1340AM or online at mybighornbasin.com 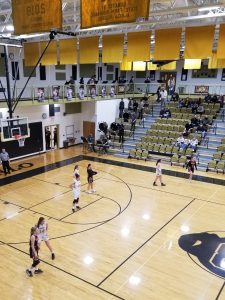 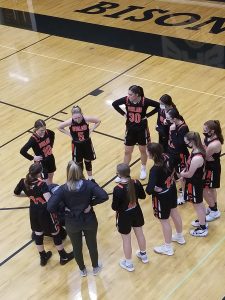 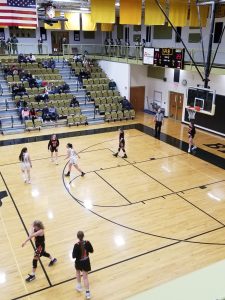 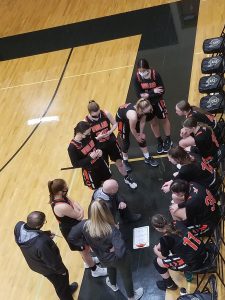