The Worland Warrior swimming and diving team had their last home meet of the 2020-21 season at the Aquatic Center. The Cody Broncs, Powell Panthers and from across the state the New Castle Dogies came to compete.

Gage Stanek, Clint Jeffries, Traeten Quigley, and Zach Cole. Finished first with a finals time of 1:47.35 in the 200 Yard Medley Relay to start the meet for the Warriors.

The 200 Yard Freestyle was won by State Qualifier Gage Stanek with a finals time of 2:09.14. Trae Bennett, Joey Durrant, and Tobias Driver also swam in the Event.

Canton Green swam another State Qualifying finals time of 2:31.06 in the third event of the evening in the 200 Yard Individual Medley.

The sprinters in the 50 Yard Freestyle were Zach Cole and Clint Jeffries finishing first and second both finishing under the State Qualifying time of 25.80.

Talking with Head Swimming Coach Justin Howe we discussed Diving and having qualifiers in Diamond Hill and Melvin Croft. “He (Melvin Croft) had a personal record today, he dove just excellent.” Coach Howe would say about Croft who scored a finals score of 167.15.

Trying to qualify a third swimmer in Canton Green in the 100 Yard Butterfly Green would be disqualified. Asking Coach Howe about the DQ. “Mental mistake, he (Green) broke his stroke. DQ. We just got to go on from there. We’ll probably swim the same event Saturday and hope it happens there.” Green was trying to remove his nose piece.

Wyatt Whitlock had Worland’s best finish in the 100 yard freestyle third behind Powell and New Castle.

The 100yard breaststroke would have finishers in Ethan Warren and Ira Croft neither were able to qualify at this meet and will have another opportunity Saturday at the Rawlins Invitational.

Worland Warriors will compete for the final regular season meet at the Rawlins Invitational on Saturday. The Lander Tigers, and Rawlins Outlaws will be the other teams competing.

The State of Wyoming 3A Conference Championship Finals will be Saturday February 6th in Douglas. 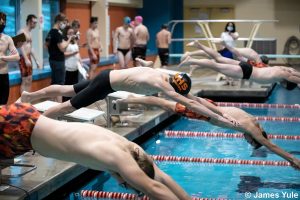 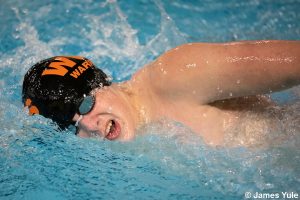 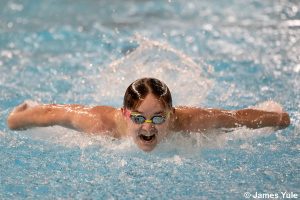 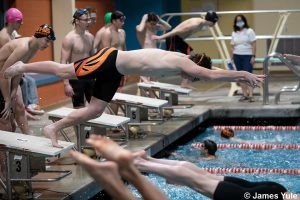 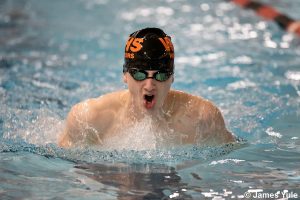 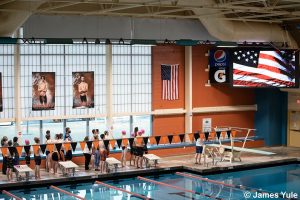 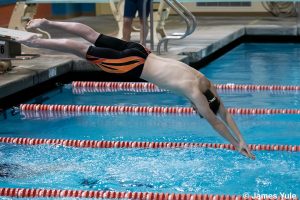 Bronc and Filly of the Week