Written by Associated Press on January 21, 2022

NEW YORK (AP) — Meat Loaf, the rock superstar loved by millions for his “Bat Out of Hell” album and for such theatrical, dark-hearted anthems as “Paradise By the Dashboard Light,” “Two Out of Three Ain’t Bad,” and “I’d Do Anything for Love (But I Won’t Do That),” has died. He was 74.

The singer born Marvin Lee Aday died Thursday, according to a family statement provided by his longtime agent Michael Greene.

“Our hearts are broken to announce that the incomparable Meat Loaf passed away tonight,” the statement said. “We know how much he meant to so many of you and we truly appreciate all of the love and support as we move through this time of grief in losing such an inspiring artist and beautiful man… From his heart to your souls… don’t ever stop rocking!”

No cause or other details were given, but Aday had numerous health scares over the years. 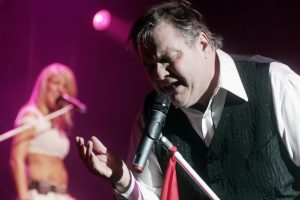 FILE – Meat Loaf performs at a concert in New York’s Madison Square Garden, Wednesday, July 18, 2007. Meat Loaf, whose “Bat Out Of Hell” album is one of the all time bestsellers, has died, family said on Facebook, Friday, Jan. 21, 2022. (AP Photo/Andy Kropa, File)

“Bat Out of Hell,” his mega-selling collaboration with songwriter Jim Steinman and producer Todd Rundgren, came out in 1977 and made him one of the most recognizable performers in rock.

Fans fell hard for the roaring vocals of the long-haired, 250-plus pound singer and for the comic non-romance of the title track, “You Took The Words Right Out of My Mouth,” “Two Out of Three Ain’t Bad” and “Paradise By the Dashboard Light,” an operatic cautionary tale about going all the way.

“Paradise” was a duet with Ellen Foley that featured play-by-play from New York Yankees broadcaster Phil Rizzuto, who alleged — to much skepticism — that he was unaware of any alternate meanings to reaching third base and heading for home.

After a slow start and mixed reviews, “Bat Out of Hell” became one of the top-selling albums in history, with worldwide sales of more than 40 million copies. Meat Loaf wasn’t a consistent hit maker, especially after falling out for years with Steinman. But he maintained close ties with his fans through his manic live shows, social media and his many television, radio and film appearances, including “Fight Club” and cameos on “Glee” and “South Park.”

Friends and fans mourned his death on social media. “I hope paradise is as you remember it from the dashboard light, Meat Loaf,” actor Stephen Fry said on Twitter. Andrew Lloyd Webber tweeted: “The vaults of heaven will be ringing with rock.” And Adam Lambert called Meat Loaf: “A gentle hearted powerhouse rock star forever and ever. You were so kind. Your music will always be iconic.”

Meat Loaf’s biggest musical success after “Bat Out of Hell” was “Bat Out of Hell II: Back into Hell,” a 1993 reunion with Steinman that sold more than 15 million copies and featured the Grammy-winning single “I’d Do Anything for Love (But I Won’t Do That).”

Aday’s other albums included “Bat Out of Hell III: The Monster is Loose,” “Hell in a Handbasket” and “Braver Than We Are.”

A native of Dallas, Aday was the son of a school teacher who raised him on her own after divorcing his alcoholic father, a police officer. Aday was singing and acting in high school (Mick Jagger was an early favorite, so was Ethel Merman) and attended Lubbock Christian College and what is now the University of North Texas. Among his more notable childhood memories: Seeing John F. Kennedy arrive at Love Field in Dallas on Nov. 22, 1963, then learning the president had been assassinated and driving to Parkland Hospital and watching a bloodied Jackie Kennedy step out of a car.

He was still a teenager when his mother died and when he acquired the nickname Meat Loaf, the alleged origins of which range from his weight to a favorite recipe of his mother’s. He left for Los Angeles after college and was soon fronting the band Meat Loaf Soul. For years, he alternated between music and the stage, recording briefly for Motown, opening for such acts as the Who and the Grateful Dead and appearing in the Broadway production of “Hair.”

By the mid-1970s, he was playing the lobotomized biker Eddie in the theater and film versions of “The Rocky Horror Picture Show,” had served as an understudy for his friend John Belushi for the stage production of National Lampoon and had begun working with Steinman on “Bat Out of Hell.” The dense, pounding production was openly influenced by Wagner, Phil Spector and Bruce Springsteen, whose bandmates Roy Bittan and Max Weinberg played on the record. Rundgren initially thought of the album as a parody of Springsteen’s grandiose style.

Steinman had known Meat Loaf since the singer appeared in his 1973 musical “More Than You Deserve” and some of the songs on “Bat Out of Hell,” including “All Revved Up With No Place to Go,” were initially written for a planned stage show based on the story of Peter Pan. “Bat Out of Hell” took more than two years to find a taker as numerous record executives turned it down, including RCA’s Clive Davis, who disparaged Steinman’s songs and acknowledged that he had misjudged the singer: “The songs were coming over as very theatrical, and Meat Loaf, despite a powerful voice, just didn’t look like a star,” Davis wrote in his memoir, “The Soundtrack of My Life.”

With the help of another Springsteen sideman, Steve Van Zandt, “Bat Out of Hell” was acquired by Cleveland International, a subsidiary of Epic Records. The album made little impact until months after its release, when a concert video of the title track was aired on the British program the Old Grey Whistle Test. In the U.S., his connection to “Rocky Horror” helped when he convinced producer Lou Adler to use a video for “Paradise By the Dashboard Light” as a trailer for the cult movie. But Meat Loaf was so little known at first that he began his “Bat Out of Hell” tour in Chicago as the opening act for Cheap Trick, then one of the world’s hottest groups.

“I remember pulling up at the theater and it says, ‘TONIGHT: CHEAP TRICK, WITH MEAT LOAF.’ And I said to myself, ‘These people think we’re serving dinner,'” Meat Loaf explained in 2013 on the syndicated radio show “In the Studio.”
”

And we walk out on stage and these people were such Cheap Trick fans they booed us from the start. They were getting up and giving us the finger. The first six rows stood up and screamed. … When we finished, most of the boos had stopped and we were almost getting applause.”
He is survived by Deborah Gillespie, his wife since 2007, and by daughters Pearl and Amanda Aday.
___
AP Entertainment Writer Andrew Dalton contributed from Los Angeles. 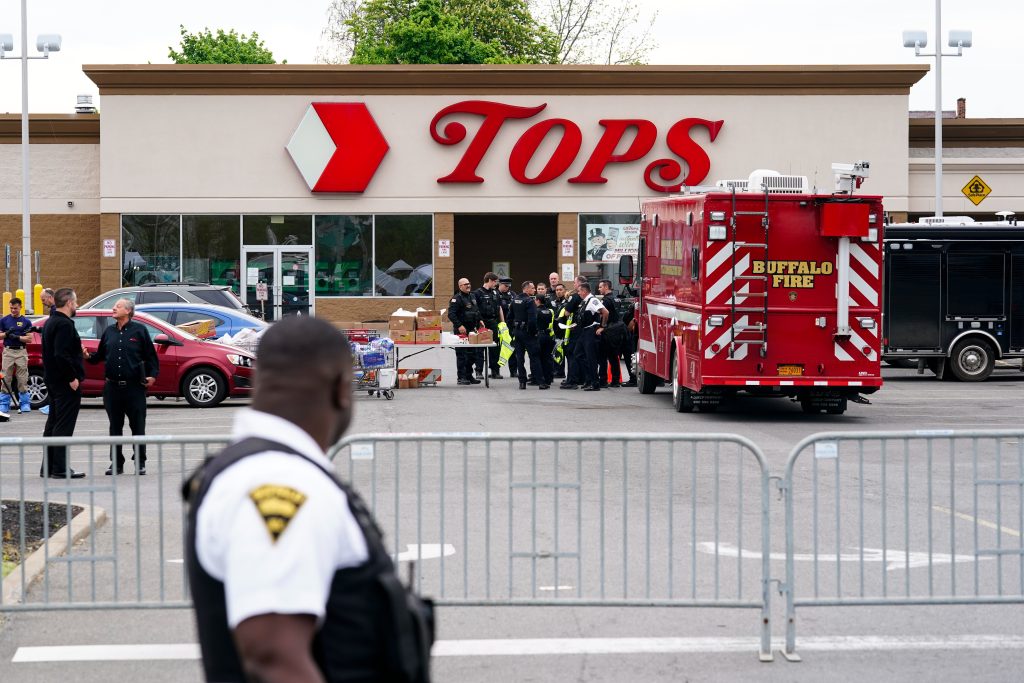 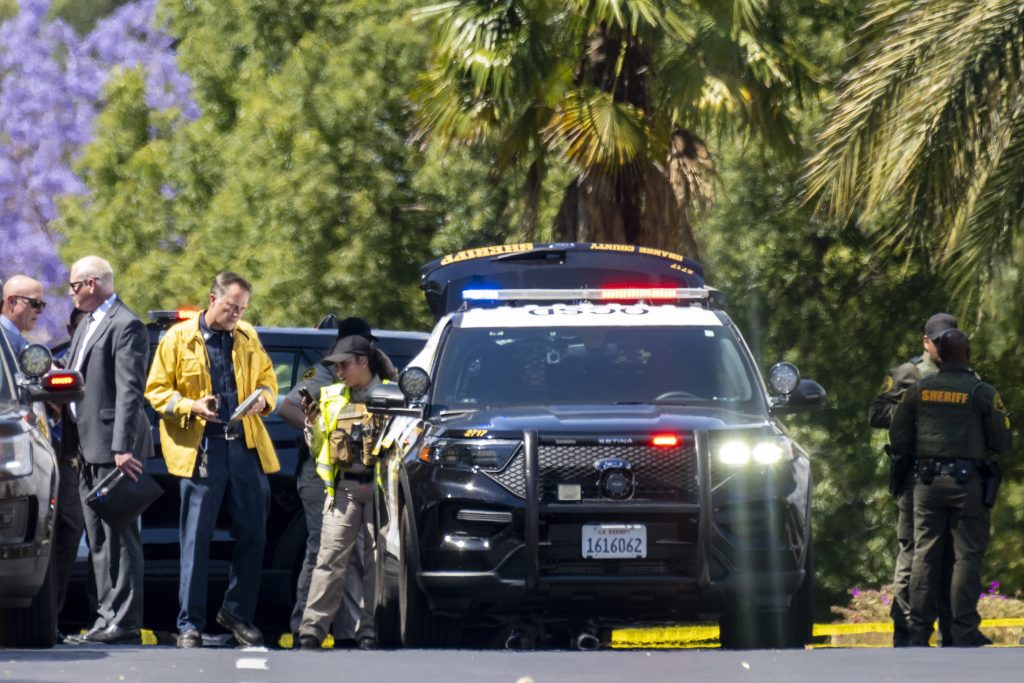 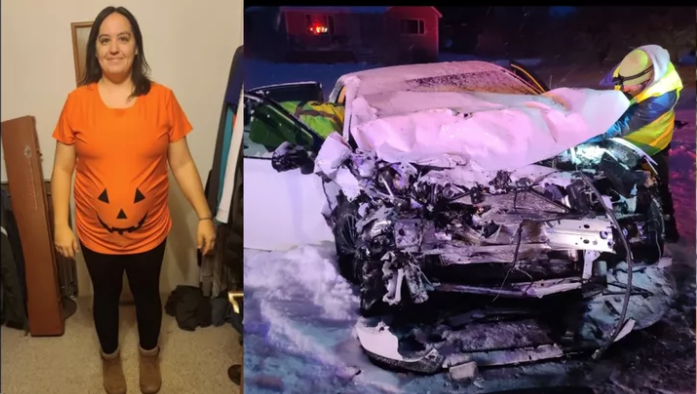