Written by Associated Press on February 24, 2021

New Orleans forward Zion Williamson now can be called an NBA All-Star, and only three others in the game’s 70-year history have gotten there at a younger age.

Williamson is one of four first-time All-Stars, all revealed Tuesday night when the league announced the reserves for the March 7 game in Atlanta. Joining him as fellow All-Star rookies: Boston’s Jaylen Brown, New York’s Julius Randle and Chicago’s Zach LaVine.

Phoenix’s Chris Paul is an All-Star for the 11th time, and Brooklyn’s James Harden is one for the ninth consecutive year. The rest of the reserves include Philadelphia’s Ben Simmons, Boston’s Jayson Tatum and Orlando’s Nikola Vucevic from the Eastern Conference, along with the Los Angeles Lakers’ Anthony Davis, the Los Angeles Clippers’ Paul George, Utah teammates Donovan Mitchell and Rudy Gobert, and Portland’s Damian Lillard from the Western Conference.

Team captains LeBron James of the Los Angeles Lakers and Kevin Durant of the Brooklyn Nets will draft their teams next week, with the rosters to be unveiled March 4. Starters, revealed last week, were chosen through a combination of voting by fans, NBA players and a media panel.

Reserves were chosen through voting by the league’s head coaches.

“You do the best that you can,” Orlando coach Steve Clifford said. “It’s not easy. … Every year, it is hard, and when you look at this year in the East there were a number of guys who are worthy of making it. So, it’s difficult every year.”

Atlanta’s Trae Young, an All-Star last season, is not one this year despite averaging 26.9 points entering Tuesday, the most among anyone not selected. Miami forwards Bam Adebayo and Jimmy Butler didn’t make the cut, nor did Phoenix’s Devin Booker.

“Devin Booker is the most disrespected player in our league!!!! Simple as that,” James tweeted.

Utah’s Mike Conley — someone the NBA-leading Jazz desperately wanted to see get there for what would have been the first time — also missed out on the nod.

“For a guy like him who’s done so many things in his career, on and off the floor, he deserves this,” Mitchell said of Conley.

Not enough coaches agreed. There’s still a chance for Conley, because Davis is likely to miss the game because of injury. NBA Commissioner Adam Silver will choose any injury replacements; a player who bows out will be replaced by someone else from his respective conference.

Williamson is 20, and only Kobe Bryant, James and Magic Johnson were younger in their All-Star debuts. There have been six other 20-year-olds chosen for past All-Star Games, but all were closer to their 21st birthday at the time than Williamson is now.

Randle has been the best player for the Knicks, who are trying to make the playoffs for the first time since 2013. Brown is averaging a career-best 25.5 points for Boston. And LaVine has been to All-Star weekend plenty of times before, winning two dunk contests and an MVP award at the Rising Stars game. But this will be his first time in the All-Star Game itself.

BY TEAM
Brooklyn is the only team with three All-Stars. There are five teams — Boston, the Clippers, the Lakers, Philadelphia and Utah — with two All-Stars, and 11 clubs with one All-Star selection.
The 13 without an All-Star, for now: Atlanta, Charlotte, Cleveland, Detroit, Houston, Indiana, Memphis, Miami, Minnesota, Oklahoma City, Sacramento, San Antonio and Toronto.
Indiana and Toronto, the East’s No. 4 and No. 5 seeds entering Tuesday, got no All-Star selections.

NOT BACK
The players who were All-Stars last season who didn’t make the cut this year: Booker, Adebayo, Butler, Young, Toronto teammates Kyle Lowry and Pascal Siakam, Indiana’s Domantas Sabonis, Washington’s Russell Westbrook (who made it last season as a member of the Houston Rockets), Boston’s Kemba Walker, New Orleans’ Brandon Ingram and Milwaukee’s Khris Middleton.

Paul McCartney Memoir Due out in November 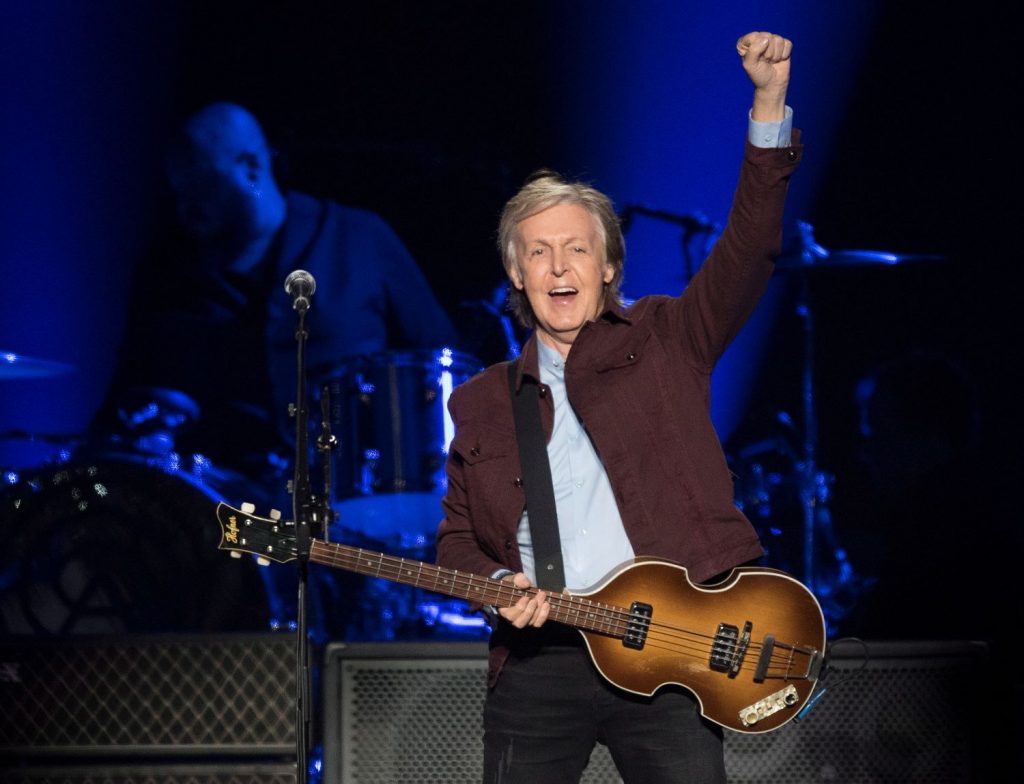