The Trapper Volleyball team would play 4 games over 3 days and came away with 3 wins during the home-stand.

On Friday, Northwest College would fall in their first contest 3 games to 0, against Carroll College JV.

But the Trappers would rebound nicely and defeated Dawson Community College later that night by a final of 3 games to 0.

They would return to action on Saturday and closed out the Trapper Invitational with a 3 games to 0 win over Rocky Mountian College JV.

Following all the weekend action the Northwest College Volleyball team is now 6-2 on the season.

Up Next: Trapper Volleyball wil travel to Salt Lake City, Utah, to compete in the Crystal Invitational September 2nd and 3rd. 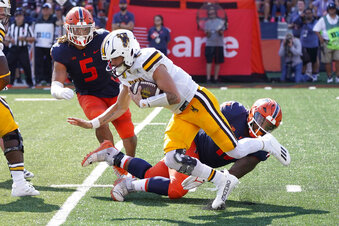