This September, the Wyoming Department of Education (WDE) released its school accountability results for the 2021-22 school year after taking a brief hiatus from reporting these results. 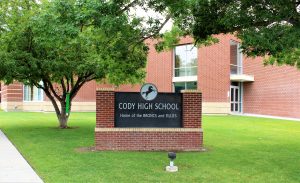 The 2021-22 School Performance Ratings (SPRs) show that “49% of Wyoming traditional schools are Meeting or Exceeding Expectations.”

Across Wyoming, there was a slight dip in performance in terms of schools meeting or exceeding expectations. Park County School District #6 scores are significantly higher than the state averages in most categories and rating assessments. Understanding public school performance and data depends on knowing a bit about how WY-TOPP works.

According to the WDE, school performance is evaluated based on a combination of various student performance indicators, including academic achievement, equity, and growth. The Wyoming Test of Proficiency and Progress (WY-TOPP) measures these performance markers.

Based on WY-TOPP data for Park County 6 provided by Superintendent Vernon Orndorff and Assistant Superintendent Tim Foley, local students outperformed the state in 17 of 19 possible areas.

“It’s not just about being proficient, but it’s also about our students growing. So, they’re also having to look to make sure that students who are below are working toward proficiency but growing. We also have quite a few students who are proficient or advanced and are they continuing to grow,” Foley says.

“Those standards guide the instruction for that teacher on a daily and weekly basis. Those teachers are working hard to make sure that all students are proficient or advanced,” Foley says.

Wyoming’s data-driven assessment of student achievement is interesting in other ways as well. Measuring growth across a range of information and knowledge is no easy feat. Assessing student growth sounds great, but the efficacy of this analysis depends on where the baseline is.

The various performance “cutoffs” like “basic,” “proficient,” and “advanced,” are determined and calculated by a group of educators in Wyoming, which includes nearly 100 educators made up of administrators, teachers, and central office folks who all develop consensus on required knowledge for different grade levels.

This consensus for performance benchmarks goes through round after round of debate and revision. It’s an involved process, Foley says.

Park County 6’s numbers on the WY-TOPP are up. One could argue this is largely because of the quality of teachers and staff in the district. Cody High School, for example, has teachers like Ms. Elizabeth Hanson and Ms. Betsy Ryzewicz who are both eminently qualified as education professionals and have significant industry and nonprofit experience as well.

Originally from Los Angeles, California, Ms. Ryzewicz earned a Bachelor’s degree in English from Stanford University. She then went on to finish a Master of Fine Arts (MFA) in Film Production from the University of Southern California.

“I worked in the film industry for a few years doing feature film development,” Ryzewicz says. “I married a doctor who works here—he’s a cowboy at heart—and he really wanted to practice in Wyoming, so, I moved here,” Ryzewicz says explaining her journey to Cody.

Ms. Hanson, former Teacher of the Year in 2021, teaches English at CHS. She earned a B.A. in English literature from Montana State University. Initially, she had planned to go to law school or work in editing. After working for several years in the nonprofit world, she decided to pursue a teaching certification and went to Missoula to finish her Master’s degree in Education.

Ms. Hanson attributes some of CHS’s success to the supportive culture in Park County 6 and the fact that teachers here “really do” enjoy working with the students. CHS has also adopted, in limited ways, a kind of university model where students have more choice over the classes they want to take.

“Our English program, after ninth and tenth [grade]—before you graduate—you have to take one writing class and one literature class, but you get to choose what they are. If you’re going to do literature, you can do Western literature, which is the evolution of the Western cowboy—the cowboy image—and you read a lot of Westerns and watch a lot of Western film. You can do contemporary lit., which is mostly dystopian stuff and so kids might really like that genre,” Hanson explains. 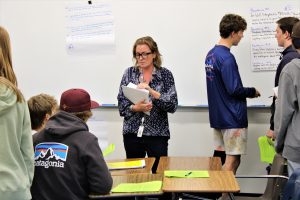 In English, students have the ability to choose between Western lit., American lit., British lit., and Contemporary lit., which is a substantial set of course selection for a high school. Currently, in Western lit., students are reading excerpts from Win Blevins’ Give Your Heart to the Hawks: A Tribute to the Mountain Men, first published in 1973. In American lit., students are reading Arthur Miller’s infamous 1953 play, The Crucible—the dramatization of the partially fictionalized story of the Salem witch trials.

While English curriculum always emphasizes reading and writing, teachers in the 21st century like Ms. Hanson and Ms. Ryzewicz understand the value of a broad range of cultural and informational literacies. This includes all kinds of multi-media coursework.

“Kids can do well because they have so many choices. It’s kind of college-ish,” Hanson adds.

Writing courses have a wide range of options for students as well, including expository courses, AP courses, rhetoric courses, and advanced composition courses. Referring to student course choice, “they get to find the people and the subject that they like, and if kids like it, they do well in it,” Hanson says.

Hanson is also a proponent of Ludwig Wittgenstein’s famous assertion, “the limits of  my language mean the limits of my world,” from his notoriously difficult Tractatus Logico-Philosophicus, published in 1921. With a certification to teach both History and English, Hanson is uniquely situated as an educator. In her classroom, her competence and kindness are evident.

On the topic of ideological and political neutrality in education, Hanson says she’s interested in “human issues,” and the human experience in the broadest sense, which transcends specific political affiliation.

“I had a professor in college who said, ‘if you are teaching social studies and it’s an election year and kids aren’t sure who you’re going to vote for, you’re doing it right.’ I’ve never forgotten that,” Hanson says.

The 3 Most Haunted Places in Park County 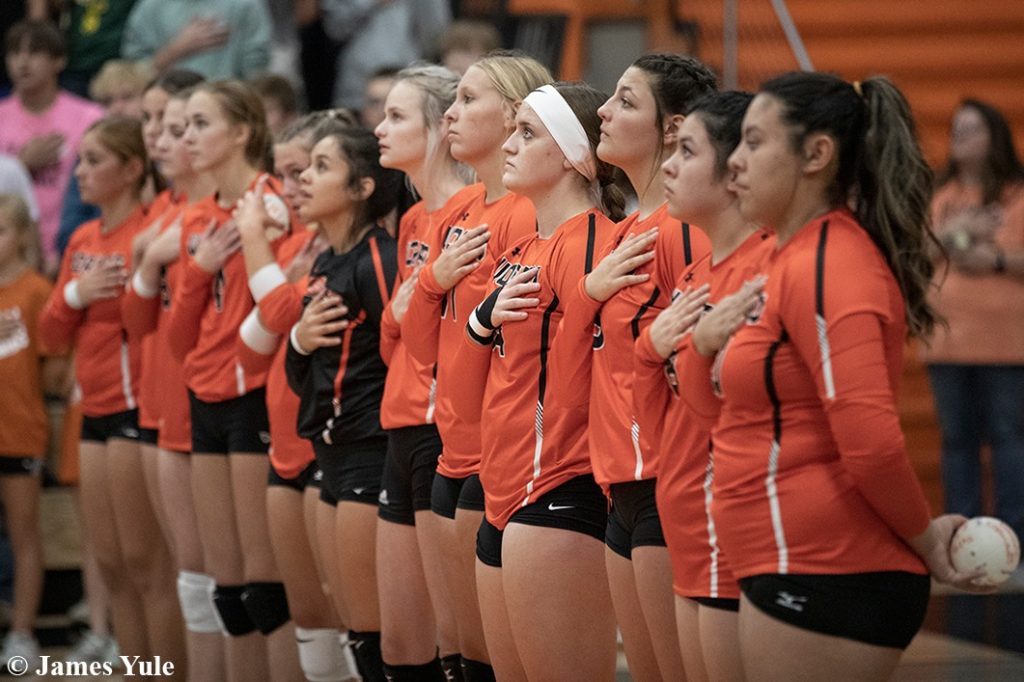