Park County Teens on way to Recovery from Rollover Crash

On April 1st, two Park County teenagers were in a rollover car crash on County Road where they were left with serious and life-threatening injuries.

Tessa Jordan, a freshman at Cody High School, was the passenger in the tragic accident which left her with two broken vertebrae in her back, nerve damage in her legs and feet, and a concussion. 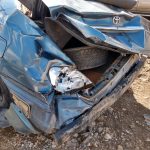 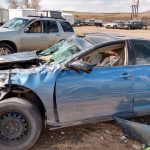 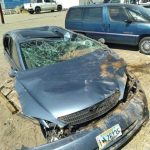 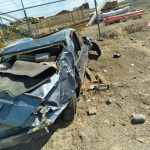 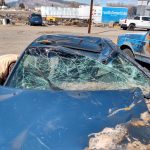 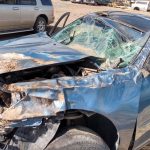 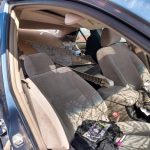 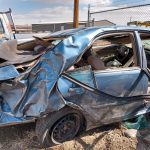 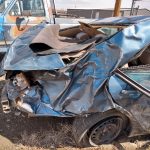 It was a day that started out like any other for Tessa and Meleah, who was the driver in the accident and is one of Tessa’s closest friends.

Around 5 o’clock was when they were taking an evening drive to enjoy the beautiful Park County scenery when they were met with a right turn that would change their life forever.

“Whenever we first stopped rolling, I honestly thought that I was dead for a second.”

Tessa went on to describe the crash in detail as she laid there, bloody and in pain, screaming for Meleah who at the time looked to had not made it.

“I pushed myself out of the car a little bit and saw her and she went silent for a minute. And so I thought that she wasn’t alive anymore. So I was waiting until she started moaning and groaning in pain again, just to know that she was alive.”

Meleah suffered a myriad of injuries as well: A broken ankle, a broken femur, a few of her ribs had become disjointed, she had a collapsed lung, her neck, and her collarbone were broken along with sustaining brain damage as well.

What matters most is that these two are alive and on the path to a full recovery, but another big part of these near-death experiences is what one takes away from it.

Tessa talked about how not only this ascends her appreciation for her family to new heights, but also her gratitude for life itself.

“You know, there are always suicidal thoughts and stuff like that. And I regret every single one of them that I’ve had because coming that close to death was probably the scariest thing that I’ve ever had to go through.”

Nicole, Tessa’s mom, didn’t even realize she had received a phone call from the police department until a few minutes later because she wasn’t next to her phone at the time.

That didn’t slow her down from rounding up Tessa’s dad and grandparents to rush to the emergency room. Tessa’s family arrived to find her daughter and her best friend laying next to each other surrounded by white coats swirling around chaotically in what was an extremely scary and hectic time.

“It was a nightmare… That’s every parent’s fear is to get that phone call and I’m just so blessed that she’s alive and Meleah is alive.”

Meleah’s boyfriend and Tessa’s father took a trip out to the crash site to get a closer look at what had exactly transpired. With everything completely torn up to pieces and ruined there wasn’t much to parcel through until they rummaged under the dirt and found what Meleah kept on her dash: A pendant that was a guardian angel.

It read, “protect me, my passengers, and all who I pass by with a steady hand and a watchful eye.”

This pendant the parents blew up for their kids and now have hanging on their walls as a reminder that a guardian angel was with them on that day.

The road to recovery is a long and difficult one for them and they are accepting not only donations but any prayers people are willing to send their way as well.

Tessa and Meleah are both still extremely close friends and have gotten to see each other since the events over dinner with their respective boyfriends just a few nights ago. 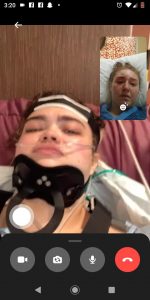 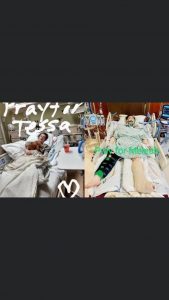 Ooops I Retired Too Young