JACKSON HOLE, Wyoming (AP) — Federal Reserve Chair Jerome Powell delivered a stark message Friday: The Fed will likely impose more large interest rate hikes in coming months and is resolutely focused on taming the highest inflation in four decades.
Powell acknowledged that the Fed’s continued tightening of credit will cause pain for many households and businesses as its higher rates further slow the economy and potentially lead to job losses.

“These are the unfortunate costs of reducing inflation,” Powell said in the written version of a high-profile speech he is giving at the Fed’s annual economic symposium in Jackson Hole. “But a failure to restore price stability would mean far greater pain.”
Powell’s message may disappoint investors who were hoping for a signal that the Fed might soon moderate its rate increases later this year if inflation were to show further signs of easing.

After hiking its key short-term rate by three-quarters of a point at each of its past two meetings — part of the Fed’s fastest pace of rate increases since the early 1980s — Powell said the Fed might ease up on that pace “at some point” — suggesting that any such slowing isn’t near.

The Fed chair made clear that he expects rates to remain at levels that should slow the economy “for some time.”

JACKSON HOLE, Wyoming (AP) — When Federal Reserve Chair Jerome Powell delivers what will be his most closely scrutinized speech of the year Friday, investors and economists will be turning over his remarks for any clues about how fast the Fed may continue to raise its key interest rate — and for how long.
With inflation hovering near a four-decade high — almost 9% — Powell will likely stress that the Fed is determined to bring it down to its 2% target, no matter what it takes. The Fed’s rate hikes may well defeat inflation in time. But there are fears that they may cause a recession in the process.

Powell’s remarks will kick off the Fed’s annual economic symposium at Jackson Hole, the first time the conference of central bankers will be held in person since 2019, after it went virtual for two years during the COVID-19 pandemic.

Since March, the Fed has implemented its fastest pace of rate increases in decades to combat inflation, which has punished households with soaring costs for food, gas, rent and other necessities. The central bank has lifted its benchmark rate by 2 full percentage points in just four meetings, to a range of 2.25% to 2.5%.

Those hikes have led to higher costs for mortgages, car loans and other consumer and business borrowing. Home sales have been plunging since the Fed first signaled it would raise borrowing costs.

Yet the central bank finds itself at a turning point. At a news conference after its last policy meeting in late July, Powell suggested that the Fed might decide to slow its rate hikes after having imposed two straight three-quarter-point increases — historically large moves — in June and July.

He also said the Fed’s aggressive steps had raised its key short-term rate to a point at which it is neither stimulating nor slowing growth. Its benchmark rate had been held near zero from early in the pandemic until this March as the Fed sought to strengthen the economy.

Fed-watchers hope Powell will send some signal Friday of how large a rate hike the central bank will announce at its next meeting in late September or how long policymakers will keep rates elevated. They also hope to learn more about what factors the policymakers will consider in the coming months to decide when borrowing rates have gone high enough.

“He’s got to kind of take on the uncertainty about the outlook and try to explain what will they be looking for to make their policy decisions,” said William English, a professor at the Yale School of Management and former senior economist at the Fed.

How far, for instance, must inflation decline before Powell and his colleagues would suspend their rate hikes? What would the Fed do if unemployment, now at a half-century low, began rising? If the economy were to tip into recession, many investors think the Fed might pivot and actually cut rates again. But if inflation isn’t yet under control, that would be unlikely.

In June, the Fed’s policymakers signaled that they expected their key rate to end 2022 in a range of 3.25% to 3.5% and then to rise further next year to between 3.75% and 4%. If rates reached their projected level at the end of this year, they would be at the highest point since 2008. Powell is betting that he can engineer a high-risk outcome: Slow the economy enough to ease inflation pressures yet not so much as to trigger a recession.

His task has been complicated by the economy’s cloudy picture: On Thursday, the government said the economy shrank at a 0.6% annual rate in the April-June period, the second straight quarter of contraction. Yet employers are still hiring rapidly, and the number of people seeking unemployment aid, a measure of layoffs, remains relatively low.

At the same time, inflation is still crushingly high, though it has shown some signs of easing, notably in the form of declining gas prices.

“The data are pretty confusing,” English said. “It’s just hard to know what the exact situation is.”

At its meeting in July, Fed policymakers expressed two competing concerns that highlighted their delicate task.

According to minutes from that meeting, the officials — who aren’t identified by name — have prioritized their inflation fight. Still, some officials said there was a risk that the Fed would raise borrowing costs more than necessary, risking a recession. If inflation were to fall closer to the Fed’s 2% target and the economy weakened further, those diverging views could become hard to reconcile.

After last month’s Fed meeting, Powell told reporters that the size of the next rate hike “would depend on the data we get between now and then.”

He also said that as rates rise, “it likely will become appropriate to slow the pace of increases” and assess how the Fed’s actions have affected the economy. Those remarks helped ignite a stock-market rally because many investors interpreted them to mean the Fed would be less aggressive in the coming months.

Since then, though, many Fed officials have pushed back against any notion that they’re close to easing up on their inflation fight.

Tom Barkin, president of the Federal Reserve Bank of Richmond, told CNBC this month, “I’d like to see a period of sustained inflation under control, and until we do I think we’re just going to have to continue to move rates higher.”

On Friday, Powell may also address how the pandemic caused a range of supply problems for the economy and what it could mean for Fed policy. COVID-19 shutdowns led to shortages of semiconductors and other components as well as workers. Many of those supply shortages persist. And Russia’s invasion of Ukraine cut off supplies of oil and agricultural commodities that raised global costs of gas and food.

Such “supply shocks” pose a particular challenge to the Fed because its policy tools involve raising or lowering rates to spur or slow demand. Traditionally, the Fed ignores the impact of supply shocks on inflation under the assumption that they will prove temporary.

In fact, at last year’s Jackson Hole symposium, Powell listed five reasons why he thought inflation would be “transitory.” Yet instead, it has persisted.

As a result, some economists think Powell may play it safer this time and spend much of his speech reviewing the economic outlook.

“This isn’t the time to roll out a big framework,” said Vincent Reinhart, chief economist at Dreyfus and Mellon and a former Fed staffer. “They’re trying to figure out how to keep on tightening and doing something that the Federal Reserve hadn’t to do in 40 years.”
Powell should “repeat the facts, get the heck out of there,” Reinhart said. 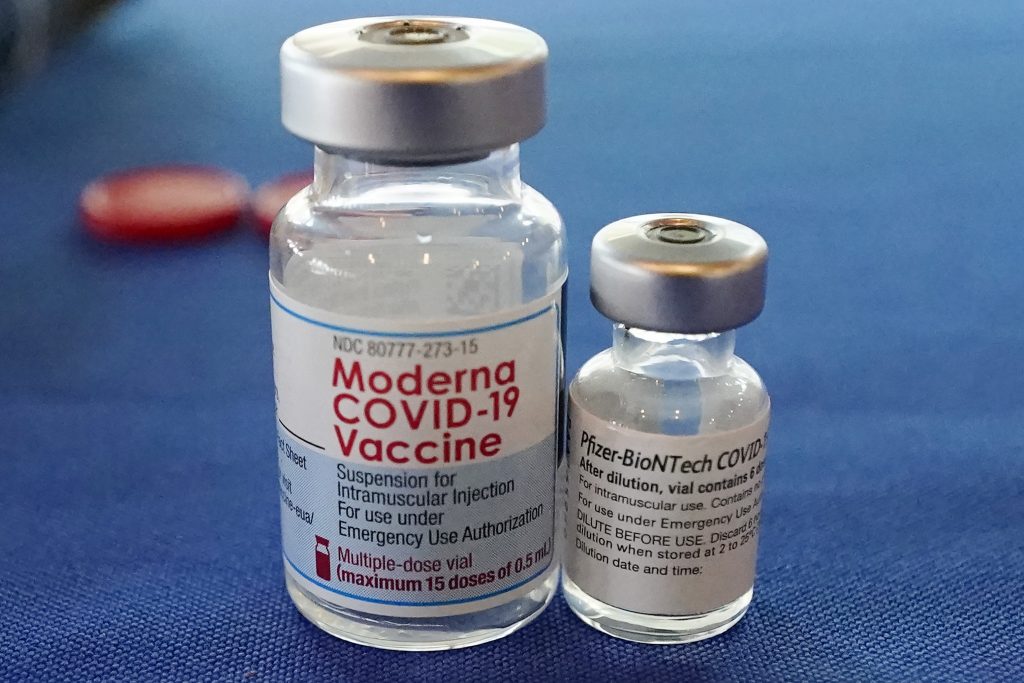 City of Cody Power Outage Caused By Raccoon in a Transformer . . . Again! 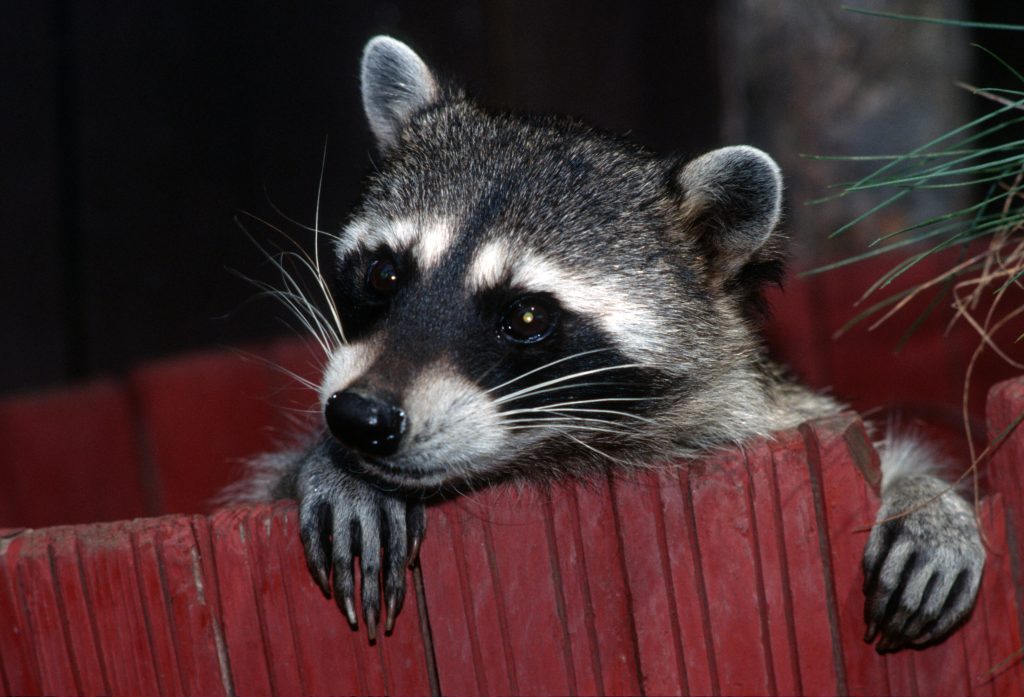