Every year it seems that cars just get faster and faster as technology advances, so I thought it would interesting to take a look at what the fast car of 2021 is.

For this, I checked out a list that the folks at luxe.digital had made with the most updated specs on the fastest supercars in the world.  Now keep in mind, these are street legal cars.  There are several non-street legal cars can go much faster.

In this list of 7, I only recognized a couple of companies.  Some of those include Bugatti, Hennesey, and SSC.  However, the world’s fastest street-legal car was the Devel Sixteen.

I had never heard of this car or company but it is apparently capable of going 347 mph and has 5,007 horsepower.  It also has a 81mm quad turbo 12.3L V16 engine.  That’s a far cry from the fastest car I have ever driven which is a Chevy Camaro.

In case you missed last week’s edition, you can check it out below.

Governor: Wyoming will fight any Biden regulations on energy 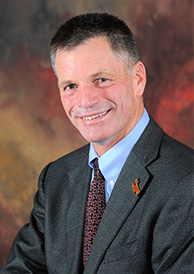