Written by Andrew-Rossi on September 3, 2020

September has officially been designated Hunger Action Month in Cody.

Jackie with Cody’s Manna House addressed the council about Manna House’s work and the impact they’ve felt during the pandemic, to the point where their food stores were precariously low. But they never failed to provide food to those in need.

Also, in attendance was Tony Woodell – Director of the Wyoming Food Bank of the Rockies – who drove from Casper to speak on behalf of the proclamation, drawing attention to sobering statistics on the pervasiveness of food scarcity in Wyoming:

When asked by the Council how they and the city could be contribute solutions to the problem, Woodell said the best thing they can do is “share the fact; “of Cody recognizing Hunger Action Month, of the ongoing problem of food scarcity in Wyoming, and the solutions available to help our community members most in need. 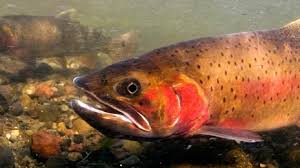