Back in late July it was announced that High School Sports would start on time as scheduled. Just over two months later fall sports in Cody have been thriving. The Cody Bronc Golf team finished second at state with the Broncs tennis team finishing fourth, Cody Football is currently 5-1 on the season, Filly Volleyball is 9-6 while the Cross Country teams are preparing for the conference meet and Filly Swim has two meets left in the regular season.

I caught up with Cody High School Activities Director Tony Hult to discuss the State of Cody Athletics from following protocols, to the success of fall sports and what the next steps are going forward. AD Hult gives his thoughts on how the fall sports season has gone here in Cody.

“Across the board we’ve been successful. As far as how well have we done, I think it’s been great. We’ve had a few kids that have had to sit out with the COVID issues, whether they were quarantined or a couple kids that have had that stuff. Otherwise, it’s gone really well from that end too. I think our people are doing what they’re asked to do. I’m sure there’s things, more we could do with that kind of stuff but they’re doing what we’ve asked and what the health people have asked us to do at the High School. So I think we’ve had a great start.”

Mr. Hult goes on to talk about how the success of the students and athletes on and off the field in the fall translates to more success going forward.

“When you have success in the fall or if you’re an athlete and you have success in one sport, it’ll carry on to your other sport. You know I’ve been around a long time where people have said ‘it took me so long to get my kids to overcome the poor season they had previously’ or whatever. So leadership and work ethic and all those things tend to go much better when you’ve had success. I’m really pleased with the fall season that we’ve had to start off with and hopefully will keep that going in the winter. I do think we’re going to have some success this winter as well.”

A lot of the reason that Cody High School has been able to be successful, says Mr. Hult, is the cooperation between the local health department and the school.

“I think our public health, Dr. Billan and his office have been great to work with. We’ve had a couple kids that have tested positive for COVID and since our kids have done what they’re supposed to do, the kids that have then had to be quarantined have been very minimal. Obviously, our kids are doing the right things cause when they’ve gone back to do the contact tracing we have had maybe one or two kids that have had to sit out that weren’t positive. So that tells me our kids are doing what they’re supposed to do but it also tells me our local health officials have said ‘if this is what you do we won’t make you sit out.’ Its worked on both ends for us so far.”

Mr. Hult goes onto add that students, families, parents and fans have done a great job with protocols in place and encourages everyone to keep doing so.

“We ask people to wear their masks until they’re seated. Once they’re seated if they can socially distance or if they’re with family they don’t have to wear them. It’s tough to look at our football games cause it’s outside but indoors I think our people are doing a good job of sitting in family units and that kind of stuff and if not they’re wearing their masks. We make our students wear them all the time. We’ve told our students if you want to sit close together and be in your student section you have to wear your masks all the time. Kids have been great about that.”

Tony adds he is ready for things to get back to the way they were before all of this happened.

“I want to get it back to normal. You look at our football team and we’ve won all of our games at home and our student body comes out and they stand across from each other and they do the Cody jacks. I want them to get out in the circle and do it all together in the football field. When it gets back to that kind of thing it’ll be perfect. I’ve been very proud and pleased with our kids about how they’ve overcome this and still gone out and just played and competed. We’re going to do what we’re asked to do with this COVID stuff and if we do that our kids are going to get to play and that’s what we’re going to continue to do.”

Stay tuned to the Big Horn Radio Network for more on Cody Athletics and for my entire interview with Tony Hult.

Now You Now: Problem Bears Given An Important Job 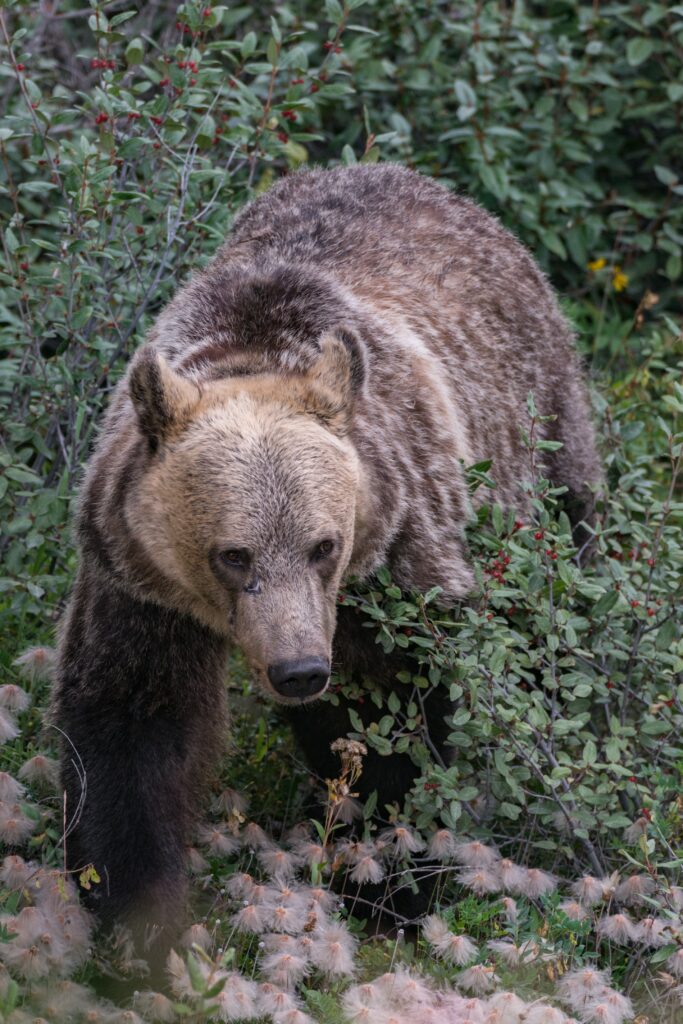