The over 100 felony and misdemeanor charges resulted from a seven-year, multi-agency investigation spanning four states and four Wyoming counties.

Three men were charged with more than 100 wildlife violations in one of the largest poaching cases in Wyoming history. The charges were prosecuted across four Wyoming counties, concluding in Park County in September 2022.

“Investigating and successfully prosecuting a case of this size and scope required years of effort by many individuals and agencies,” said Rick King, Game and Fish chief game warden. “Dozens of people worked hard to make sure that even though some of these violations occurred a decade or more ago, they would not go unpunished.” 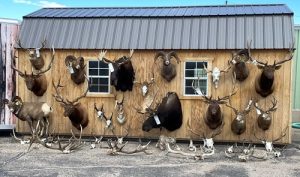 Russell Vick of Alabama, Robert Underwood of Oklahoma, and David Underwood of South Dakota were convicted of numerous wildlife offenses and cumulatively fined $171,230 and $131,550 in restitution.

The case began in October 2015 when a Gillette game warden received a request from a hunter for an interstate game tag to accompany a deer head as it was shipped to Vick for taxidermy work at an Alabama address. However, a database search showed Vick having a Wyoming address and that he purchased Wyoming resident hunting licenses for several years. With this conflicting information, the warden began to unravel the case that would eventually identify dozens of wildlife violations in four counties in Wyoming.

As the investigation of Vick widened to include cellular and social media sources, evidence mounted against his acquaintances Robert Underwood and his son, David, both former Gillette residents. In addition, multiple Wyoming resident hunting licenses and preference points purchased in those names often shared a Gillette address on the applications.

In cooperation with Assistant United States Attorneys in multiple states, special agents from the U.S. Fish and Wildlife Service, and local Alabama wildlife officials, a federal search warrant was executed on Vick’s residence in May 2017.

Simultaneously, a federal search warrant was executed on David Underwood’s residence in Edgemont, South Dakota, and Robert Underwood was interviewed at his home in Jones, Okla. Numerous elk, deer, pronghorn, and a bighorn sheep ram mount were seized from the Vick and Underwood residences, along with digital evidence.

A second federal search warrant was conducted in November 2017 after officers learned Vick had removed more than a dozen wildlife mounts from his residence, including three bull moose and three bighorn sheep rams. The mounts were tied back to locations in Wyoming where Vick poached these animals. They were later found hidden in a trailer he had removed from his property and stashed over 60 miles away from his residence in Alabama.

Using the gathered evidence and information from multiple interviews, charges against the three individuals were brought forward in Campbell, Weston, Sheridan, and Park counties in Wyoming.

Weston County — Vick was charged with illegally killing two bighorn sheep rams and a bull elk without a license during closed seasons and trespassing on private property to hunt without permission in 2006. Vick was additionally charged as an accessory in illegally taking two wild turkeys and a bull elk.

He was charged as an accessory to the illegal taking of a buck mule deer, two bull elk, a buck antelope, and a bobcat. He was also charged with multiple counts of making false statements to receive resident game bird, small game, deer, and elk licenses.

He received an 80-day jail sentence (of which he served 60 days) and was ordered to pay $40,320 in fines and $32,000 restitution. His hunting and fishing privileges were also revoked for life. In addition, he forfeited four bull elk mounts, one buck antelope mount, three buck mule deer mounts, and a Winchester rifle used in the illegal killings. He additionally abandoned three bighorn sheep rams, three moose, seven elk, eight antelope, one mule deer, a walrus mask, and one gull mount to the U.S. Fish and Wildlife Service after the November 2017 search warrant.

Sheridan County — Vick was charged with killing three mature bull moose and one yearling bull moose without a license in the Bighorn National Forest between 2007 and 2011.

On Aug. 31, 2021, he appeared in Sheridan County court and pleaded guilty to two charges. He made an Alford plea on the other two charges. Defendants in criminal cases can make an Alford plea in which they maintain innocence but recognizes that prosecutorial evidence is likely to result in a conviction. Fourth Judicial Circuit Court Judge Shelley Cundiff sentenced him to one year in the Sheridan County Detention Center, with seven days of credit served. In addition, he was ordered to pay $40,160 in fines and $30,000 in restitution and began his incarceration that day.

He pleaded guilty to illegally killing a bighorn sheep and no contest to the accessory charges on Dec. 22, 2021, with sentencing on May 27, 2022. Fifth Judicial District Court Judge William Simpson in Park County sentenced Vick to 20 to 24 months in state prison for poaching a bighorn sheep ram near Cody in 2012. Vick made his court appearance via video from the Sheridan County Detention Center, where he was serving a one-year sentence for poaching four bull moose.

In addition to his prison sentence, Vick was ordered to pay $12,575 in fines and $15,000 in restitution. This prison sentence began at the Rawlins State Penitentiary in August 2022 after he completed his one-year sentence in the Sheridan County Detention Center.

Weston County — Underwood was charged with illegally killing a bull elk and a wild turkey without a license during a closed season.

He was charged as an accessory to illegally killing two bighorn sheep rams, a wild turkey, and a bull elk without a license during a closed season. He was also charged with trespassing to hunt on private land without permission. The offenses occurred in 2006.

On May 27, 2020, he pleaded no contest as an accessory to Vick’s illegal killing of two bighorn sheep rams. He was sentenced by Judge Castano to $20,070 in fines and $10,000 in restitution and had his hunting, fishing, and trapping privileges suspended for ten years.

Campbell County — Underwood was charged with 35 wildlife violations between 2003 and 2012, including illegally killing or possessing eight buck mule deer, two bull elk, a cow elk, and a bobcat.

He was also charged as an accessory to the illegal killing or possessing three buck mule deer, two bull elk, and pheasants.

Additionally, he was charged on multiple counts of making false statements on applications to procure Wyoming resident moose, bighorn sheep, wild bison, and mountain goat licenses for his son David and Vick.

On June 19, 2020, he pleaded no contest and was convicted of illegally killing two bull elk and a buck mule deer and serving as an accessory to Vick’s illegal killing of a buck mule deer and a bull elk. Judge Bartlett ordered him to pay $25,990 in fines and $26,550 in restitution. In addition, he was sentenced to 50 days in jail and forfeited a bobcat mount. His hunting and fishing privileges were also revoked for life.

However, a jury found Underwood not guilty on all charges in September 2022.

Weston County — Underwood was charged with killing a wild turkey without a license during a closed season.

Additionally, he was charged as an accessory for Vick’s killing of a bighorn sheep ram and a wild turkey without licenses during a closed season and for trespassing on private property to hunt without permission. The offenses occurred in 2006.

On May 27, 2020, he appeared before Judge Castano and pleaded guilty as an accessory to the killing of the bighorn sheep ram. Three other counts were dismissed. Judge Castano ordered him to pay $5,035 in fines and $5,000 in restitution, and his hunting, fishing, and trapping privileges were revoked for five years.

Campbell County — Underwood was charged with 16 wildlife violations between 2005 and 2015, including illegally killing a buck antelope and pheasants without a license.

He was additionally charged with making false statements to procure Wyoming resident licenses for small game, game bird, and deer. He was also charged as an accessory on multiple counts for assisting his father in fraudulently applying for Wyoming resident moose, bighorn sheep, wild bison, and mountain goat licenses and preference points.

On June 15, 2020, he appeared before Judge Bartlett and pleaded no contest to eight charges, and the other eight charges were dismissed. His plea deal outlined $7,010 in fines and $3,000 in restitution.

As required by state statute, the $171,230 in fines imposed by the judges in these wildlife poaching cases will be distributed to the public school fund in the counties where the violations occurred.

“We particularly want to thank special agents with the U.S. Fish and Wildlife Service, state wildlife law enforcement officers in Oklahoma, Alabama, and South Dakota, as well as several Wyoming game wardens who investigated violations within their districts,” King said. “We also appreciate the many hours spent by the Campbell, Park, Sheridan, and Weston county attorney offices to ensure appropriate charges were filed to reflect the seriousness of these wildlife violations.

“These search warrants allowed officers to seize and preserve evidence of the many crimes committed. Employees of the Game and Fish’s Wildlife Forensic Laboratory diligently processed multiple pieces of evidence in this case, and we give them our sincere thanks,” King said.

As required by state statute, the $131,550 in restitution imposed by the judges in these cases will be deposited into a Wyoming Game and Fish Department account that is used for the purchase of access easements to public and private land.

Wyoming and 48 other states participate in the Interstate Wildlife Violator Compact. Therefore, if a person loses hunting or fishing privileges in one state, the revocation is also in effect in all other partner states. 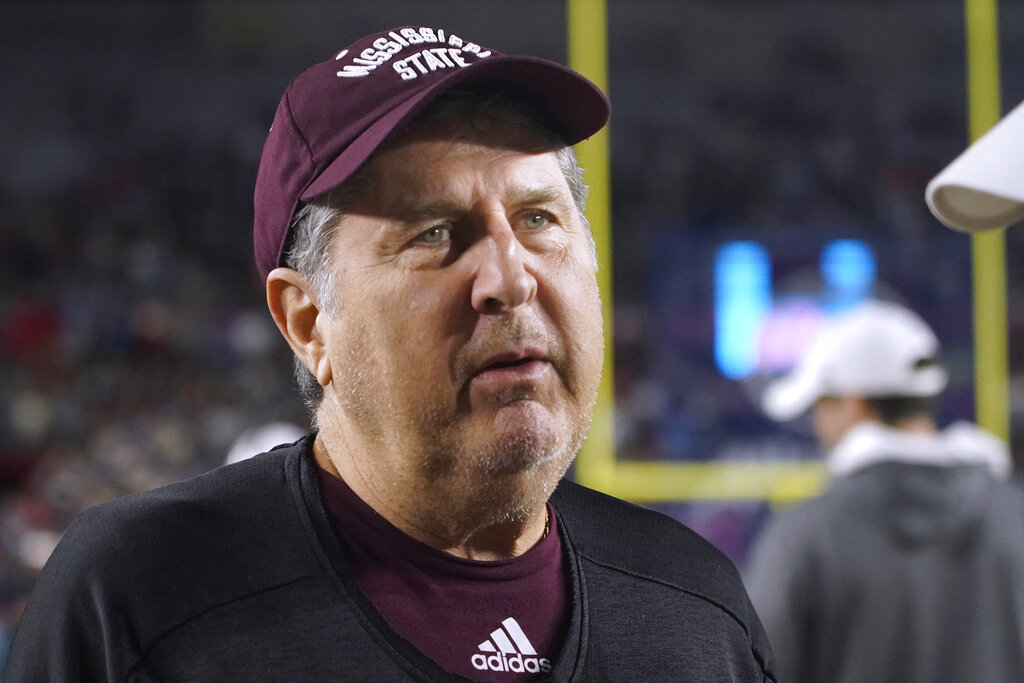