With less than a week until the primary election, a University of Wyoming survey shows Harriet Hageman has a significant lead over Liz Cheney in the U.S. House race.

University of Wyoming’s Wyoming Survey and Analysis Center (W.Y.S.A.C.) surveyed in anticipation of the primary race for the state’s sole seat in the U.S. House of Representatives. 562 Wyoming residents identified as likely voters in the Aug. 16 Republican Party primary were polled from July 25 thru Aug. 6.

Only ten percent of likely G.O.P. voters say they are still undecided.

“The race for the Republican nomination appears to be a referendum on Cheney, as it usually is when an incumbent seeks reelection,” says Jim King, a professor of political science at U.W. 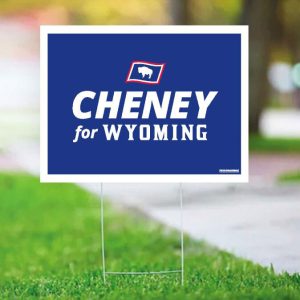 41% of the surveyed voters said their vote was in opposition to Cheney.

Traditionally, surveys polling primary elections might use lists of registered voters in that party. While that approach may be more cost-effective, there are potential shortcomings that need to be considered in a primary such as this.

“Given the unique attention this race is receiving and the accompanying increases in voter registration and potential party switching, we decided to field this survey to a random sample of all Wyoming residents on cellphones and landlines and work to identify likely voters in the G.O.P. primary,” says Brian Harnisch, director of W.Y.S.A.C. “When looking only at residents who say they are Republican and likely voters in the primary, we actually see Hageman leading by roughly 50 points.”

Half of Wyoming residents who identify as Democrats and likely voters in this primary season say they will vote in the Republican primary.

Roughly half of self-identified Democrats who will vote in a primary indicate they will register for or have registered for the Republican Party and vote in that primary.

Among this group, Cheney received 98% support. However, among Republican likely voters in the G.O.P. primary, Cheney is polling at roughly 15 percent.

Likely voters in the primary who identify as independent are split – 41% support Hageman, and 43%  support Cheney.

“There has been much talk in the media about Democrats crossing over and voting in the Republican primary; this group is not especially large,” King says.

According to King, independents regularly play an important role in Republican primaries and, thus, are critical to Cheney’s chances. However, her lack of support among Republican identifiers and inability to dominate among independents have placed Cheney well behind Hageman.

“Back-of-the-napkin math says that number could represent as many as 20,000 votes in the G.O.P. primary from currently registered Democrats, compared to as many as 200,000-plus votes from registered Republicans,” Harnisch says. “It does not appear at the time of this survey the numbers are there for party switching to have a significant effect on the outcome of this race.”

Of those likely voters who support Hageman in this primary, only 16% believe that Joe Biden’s presidential election was legitimate, compared to 94% of Cheney supporters.

Some 72% of Hageman supporters in the G.O.P. primary say there is solid evidence of widespread voter fraud in the 2020 election. Only 3% of Cheney supporters say the same.

Both landline and cellular telephone numbers were randomly generated for the study, resulting in 70 percent of completed surveys on cellphones. The survey was funded by