Warm Wyoming weather would suggest a mild March, but it won’t last as the entire state is expected to get colder and wetter for the last few weeks of winter.

Wyoming is enjoying a brief breath of spring this week. On Tuesday, temperatures reached into the low sixties.

Enjoy this warm week while you can – this spring isn’t here to stay. The National Weather Service Office in Riverton is anticipating the first days of March aren’t an indicator of a mild month. 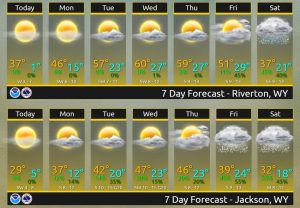 Wyoming weather will be a complete inverse for the next few weeks – below-average temperatures accompanied by above-average precipitation.

This will be good news for the state’s snowpack, which has continued a steady decline in these warmer temperatures.

The latest report from Wyoming Natural Resources Conservation Service shows Wyoming’s snowpack/SWE is down to 82% of median–with a basin high of 96% (Laramie) and a basin low of 69% (South Platte).

Basins in central through western Wyoming continued to see a 5 to 10 percent decrease in SWEs from the previous week.  However, major watersheds in eastern Wyoming had minor increases in SWEs during the past week. 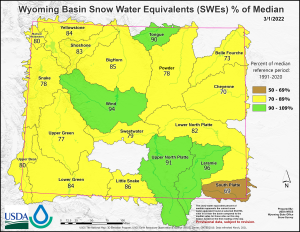 Warm weather will stick around for the next week. But by Saturday, snow and cold will return to most of the state.

In the next seven days, Wyomingites can expect precipitation totals of 0.50 of an inch to one inch across Wyoming’s mountains. That’s a total of nine to eighteen inches of snowfall at the higher elevations.

Snow will cover most of the state this weekend. The highest amount of precipitation/snowfall is forecasted across the mountainous areas of central and southern Wyoming.

While there are no subzero days in the monthly forecast, temperatures are expected to be cooler than average for this time of year.

Both maximum and minimum temperatures across Wyoming’s basins will trend towards being below normal by early next week. 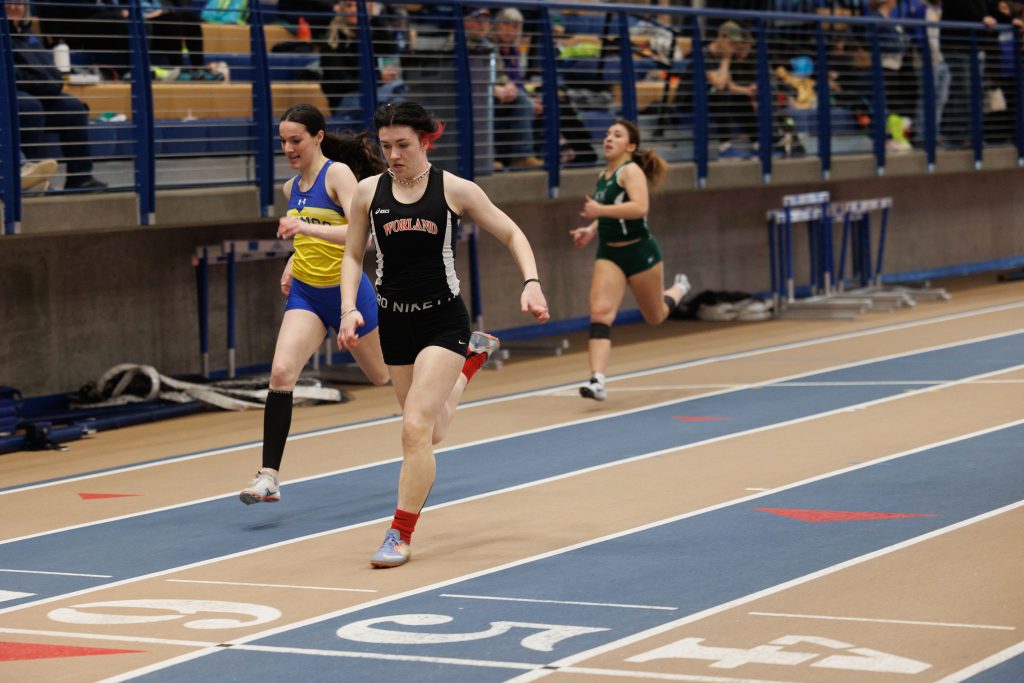