A Natrona-based ranch and jerky business has been punished after Wyoming Game and Fish confirmed its product came from poached mule deer and pronghorn.

Wyoming Game and Fish announced the resolution to a major multi-year investigation. The owner of the Grazing Hills Ranch is being penalized for poaching Wyoming wildlife to enhance their product.

Grazing Hills Ranch promotes itself as a working ranch for grass-fed beef. The ranch also offers many outdoor recreation opportunities, including hunting and horseback trail rides.

A tip from the public through the Stop Poaching Hotline alerted Wyoming Game and Fish to possible violations on the ranch. An investigation revealed the suspect had been killing mule deer and pronghorn without licenses and during closed seasons.

During the investigation, Game and Fish game wardens located multiple deer and pronghorn antelope carcasses near the property. Investigators sent tissue and jerky samples from these animals to the Game and Fish Wildlife Forensic Lab for D.N.A. comparison. 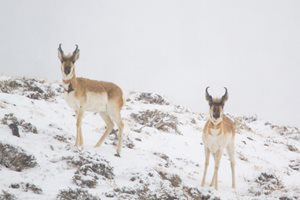 Through this work, the lab was able to identify a combination of 18 unique mule deer and pronghorn antelope that were poached.

Meat from the poached big game meat was used as a beef substitute to sustain a jerky business. The business sold its products to unsuspecting customers throughout Wyoming and online.

This discovery was enough for an arrest. The suspect was arrested and charged with 26 wildlife violations and took a plea agreement.

Included in the charges were two counts of wanton destruction of big game animals and three counts of selling game meat in the plea agreement. 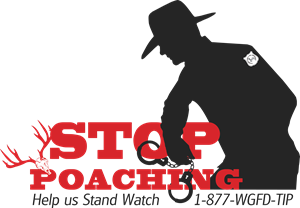 The suspect paid over $45,000 and can’t hunt in the continental U.S. until every cent of the fine is paid.

The court assessed $45,070 worth of fines and restitution. In addition, the man had his hunting, fishing, and trapping privileges suspended for a minimum of five years.

Furthermore, the rancher is not eligible to hunt in Wyoming or 48 other states who are members of the Wildlife Violator Compact until all his restitution monies are paid in full.

“Game and Fish is grateful to the Natrona County District Attorney’s Office for their diligent work on this case,” said Brian Olsen, Casper region wildlife supervisor. “Along with the Natrona County Sheriff’s Office and the person who came forward with this information. This type of case can significantly impact Wyoming’s wildlife. It may have gone undetected without the public’s help.”