There’s not a lot of good news in the latest Wyoming Water Supply Outlook, as the impacts of an abnormally warm winter are becoming more apparent.

Northeastern Wyoming is getting the worst of it, as watersheds in the region continued to have S.W.E. numbers well below medians. 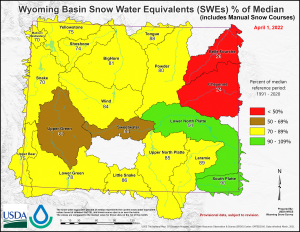 Basin precipitation in March across Wyoming was only around 75 percent of the median. Several basins across western, northwestern, and northeastern Wyoming had only 40 to 65 percent of median precipitation totals during the month.

The good news is current water year precipitation totals continue to be at or above the median for many basins in central and southern Wyoming.

Reservoirs across Wyoming continue to be near 65% of capacity. Last year, the state’s reservoirs were close to 75%.

Reservoir storage remains around 85 to 90% of the median from winter into early spring. However, this could change as the state grapples with intense drought.

Moderate to severe drought conditions continue for almost all basins in Wyoming.

Any changes in drought conditions across the state will depend on the amount of spring precipitation that the state receives and temperature trends during the spring. 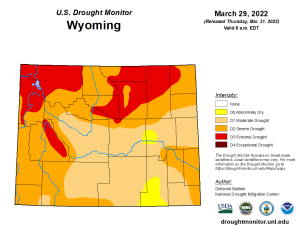 Warmer than average basin temperatures during the past winter and again early this spring has caused lower elevation (7,500 to 9,000) snowpack to increase density and become ripe (water-laden) about three to four weeks earlier than usual.

As a result, the eventual surface runoff from snowmelt may be much lower than expected as meltwater is noticeably lost through percolation, evaporation, and interflow (groundwater recharge).

As a result of current and expected hydrological and climatological conditions, there is a good chance for an earlier runoff with below-average stream flows.

Snowmelt runoff volumes are expected to be near average for drainages in central through southeast Wyoming and below average for the rest of the basins in the state.

There is still much uncertainty in the eventual snowmelt runoff volumes due to the fate of the timing and the amount of spring precipitation – and that can go either way.

Many locations along the east side of the continental divide receive a significant percentage of their annual precipitation from mid-March into early June. Thankfully, flooding due to excessive snowmelt runoff will be minor and sporadic this upcoming runoff season and will mainly result from rapid basin warmups or rain on a melting snowpack. 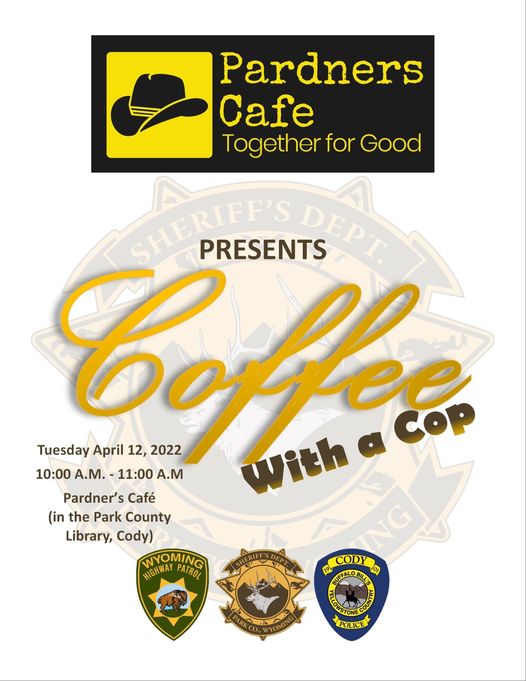 Cody Golfers Teed Off in Worland to Open Spring Season 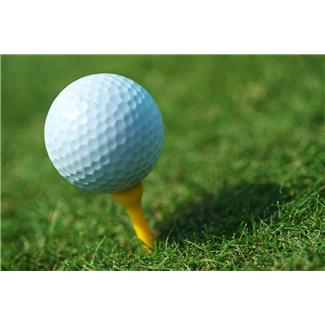