Pennsylvania has a groundhog and its shadow as the first sign of spring – Yellowstone has a grizzly and its appetite to unofficially begin the summer.

Park officials have announced the first Yellowstone grizzly sighting of 2021.

On Saturday, March 13, a pilot supporting park wildlife studies saw that grizzly and got quite the spectacle. The bear was seen interacting with wolves at a carcass in the northern part of the park.

Tracks have been seen on several occasions in the last two weeks, but no bears have been spotted making them. This is the first sighting of an active, full-bodied grizzly bear in the park this year.

It’s a few weeks later than last year. The first bear sighting in 2020 was on March 7.

While this might be exciting for many, it’s actually a very dangerous time to be seeing and getting close to any grizzly.

“When bears first emerge from hibernation, they look for carcasses at lower elevations and spring vegetation in thermal meadows and south-facing slopes or nourishment,” said Kerry Gunther, the park’s bear management biologist.

When bears emerge from hibernation, they begin looking for food and are often seen feeding on elk and bison that died over the winter. Their voracious appetites mean bears react aggressively while feeding on carcasses.

Male grizzlies come out of hibernation in early March. Females with cubs emerge in April and early May.

In Yellowstone, all country is bear country.

The park is taking its first bear sighting of 2021 as an opportunity. All visitors should be aware of the steps they need to take to stay safe and avoid grizzlies at all times.

Protect yourself and the bears by following these guidelines:

Firearms are allowed in Yellowstone, but discharging a firearm is a violation of park regulations. Bear spray has proven effective in deterring bears that are defending cubs and food sources.

Bear spray can also reduce the number of bears killed by people in self-defense.

Certain areas, where there are lots of bison and elk carcasses, attract foraging grizzlies. For visitor safety, those areas undergo rolling closures at this time of year. Restrictions began in some bear management areas on March 10 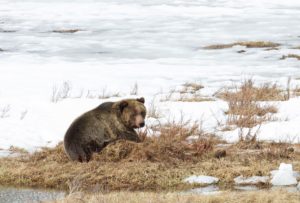 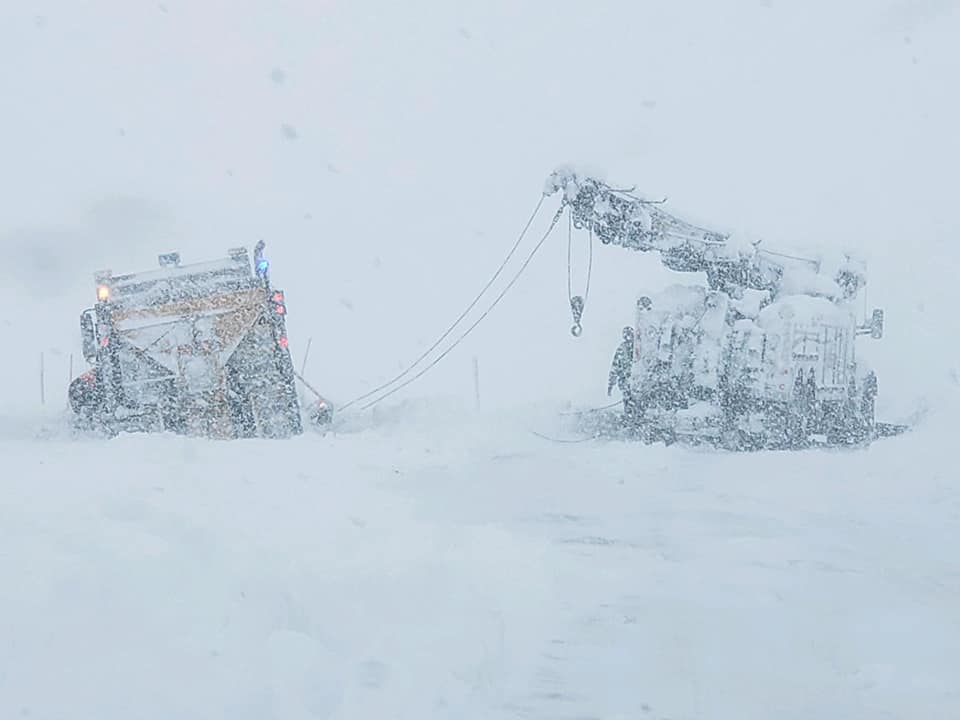