UVALDE, Texas (AP) — Surrounded by fellow Republicans on a high school stage, Gov. Greg Abbott was wrapping up his opening remarks about the killing of school children and teachers in Uvalde, Texas, when Beto O’Rourke strode forward from his seat in the audience.

“Gov. Abbott, I have something to say,” the Democrat challenging Abbott for governor this fall said Wednesday, pointing a finger at his rival. “The time to stop the next shooting is right now, and you are doing nothing.” 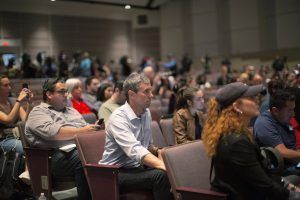 A mix of boos and cheers rose up from the crowd as the former congressman and 2020 presidential candidate briefly spoke, then was escorted from the room. Sen. Ted Cruz, standing behind Abbott, shook his head and said “sit down!” while one woman in the crowd chanted, “Let him speak.” Uvalde Mayor Don McLaughlin yelled that O’Rourke was a “sick son of a bitch.” Some people cried.

And with that, the briefing transformed into an argument similar to the one happening in many corners of America after yet another school shooting that inflicted a shocking death toll — 19 children and two teachers.

Democrats want to talk about enacting restrictions on who can possess a firearm and what type of weapons should be available, while Republicans say such laws are meaningless and prefer to focus on other issues like school security — or to avoid the discussion at all.
“We need all Texans to in this one moment in time put aside their own agendas, think of somebody other than ourselves, think about the people who are hurt,” Abbott said immediately after O’Rourke exited, his voice rising.

Lt. Gov. Dan Patrick, taking the microphone moments later, insisted it was time now to focus on the victims and their families, adding: “This is not a partisan issue. This is not a political issue.” 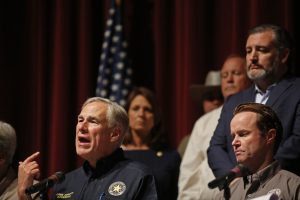 Texas Gov. Greg Abbott speaks during a news conference in Uvalde, Texas Wednesday, May 25, 2022. The 18-year-old gunman who slaughtered 19 children and two teachers at a Texas elementary school barricaded himself inside a single classroom and “began shooting anyone that was in his way,” authorities said Wednesday in detailing the latest mass killing to rock the U.S. (AP Photo/Dario Lopez-Mills)

But for many — including those in the high school auditorium — the partisanship and the politics are inescapable. Tuesday’s mass shooting in the small town west of San Antonio, was just the latest to occur in Texas in recent years. After a gunman killed 23 people in a racist 2019 attack that targeted Hispanics at a Walmart in El Paso, Texas lawmakers loosened gun laws.

Abbott said Wednesday that he considers the steps the Republican-controlled Legislature took in 2019 to be the “most profound” action anywhere in the U.S. to stop school shootings. He and other GOP officials said the proper place to focus is on mental health and “hardening schools,” or making them more secure, rather than on restricting guns.

“I hate to say this, but there are more people who are shot every weekend in Chicago than there are in schools in Texas. And we need to realize that people who think that ‘Well, maybe we just implement tougher gun laws’ is going to solve that — Chicago and LA and New York disprove that thesis,” he said.

Meanwhile, O’Rourke stood outside in the parking lot, where he continued calling for gun control.

“If we do nothing, we will continue to see this,” he said, “year after year, school after school, kid after kid.”

Residents of Uvalde also echoed the two sides of the debate.

Ariana Diaz, 17, said she has friends in the close-knit community who lost siblings and mothers. Speaking outside her high school, where the news conference was being held, Diaz said she’d like to see O’Rourke elected governor. She noted that the shooter was 18 and able to buy two guns. 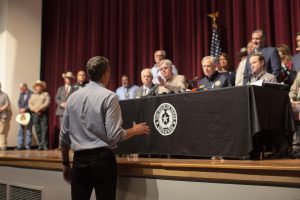 Democrat Beto O’Rourke, who is running against Abbott for governor this year, interrupts a news conference headed by Texas Gov. Greg Abbott in Uvalde, Texas Wednesday, May 25, 2022. (AP Photo/Dario Lopez-Mills)

Laura Ligocky, 41, said that as a mother the shooting was “gut wrenching” but she does not see restrictions on guns as a solution.
“Everybody wants gun control, and I don’t think it’s helping,” she said, in the parking lot where O’Rourke was calling for restrictions on firearms “I think it’s making matters worse.”
___
Burnett reported from Chicago. Associated Press reporter Jake Bleiberg contributed from Dallas. 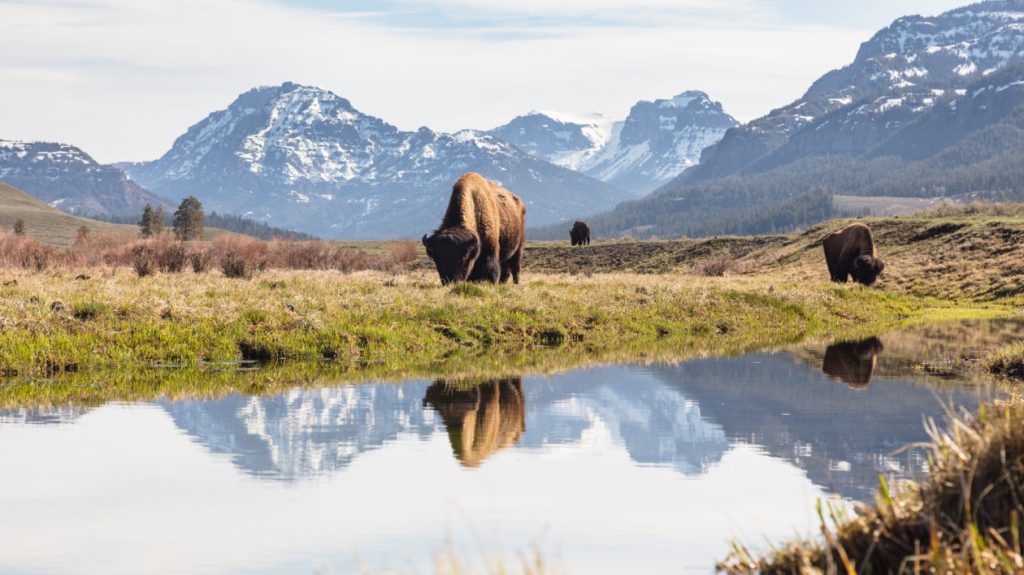 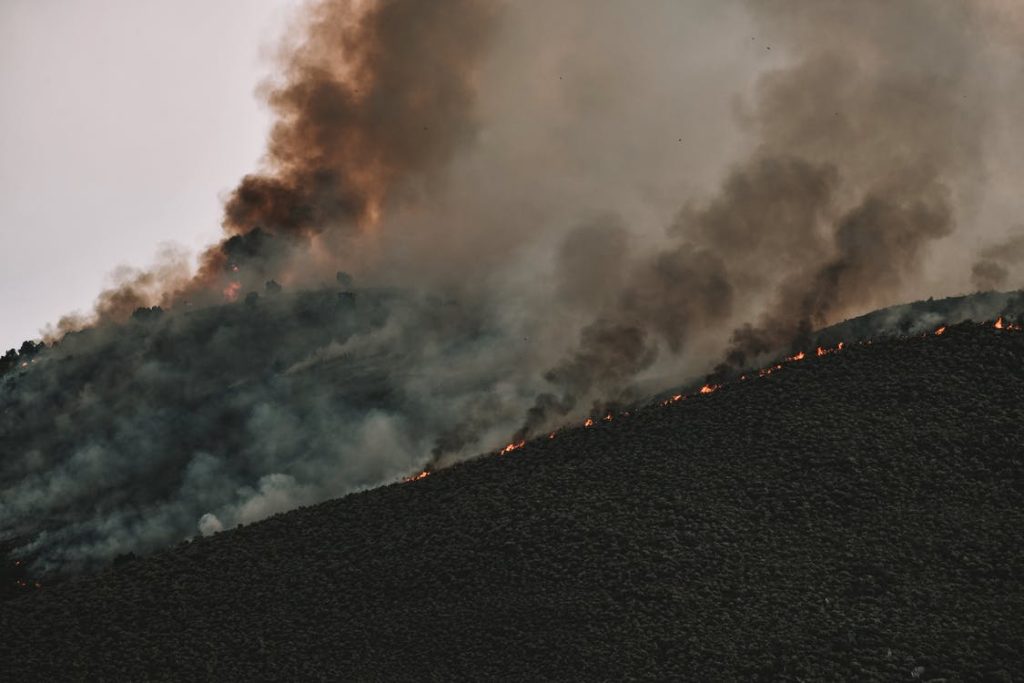