As part of an ongoing research study, biologists with Wyoming Game and Fish are asking Bighorn Basin residents to report sightings of a rare turtle.

The spiny softshell turtle is one of the largest turtles in the Bighorn Basin and North America. They have a soft, flat, rubbery outer shell, and females can grow up to 20 inches long – twice as large as males.

While common in several U.S. states, these turtles have one of the greatest conservation needs in Wyoming due to their restricted range.  Although populations are thought to be stable in eastern Wyoming, the public, local landowners, and regional biologists have reported declines throughout the Bighorn Basin.

Justin Autz, a Game and Fish herpetologist, is leading a two-year research project all about these turtles. His goal is to understand more about the species distribution and ecology in northwest Wyoming.

“These turtles now appear to be rare, and public reported sightings of spiny softshell turtles play an important role in local research by helping Game and Fish better locate sites for live trapping and marking turtles as part of an effort to learn more about these populations,” Autz says. “In a 2018 pilot study, many of the turtles captured were a result of reported observations. It’s a great opportunity for members of the public to get involved in citizen science and provide information that can help in local research.”

In the Bighorn Basin, spiny softshell turtles have an extensive range along the Bighorn River. Sightings have been reported everywhere between Thermopolis and Bighorn Lake and have also been spotted in the Nowood River east of Worland.

Spiny softshell turtles are most active from May to September but are most frequently seen in July and August (just like Yellowstone tourists.) Their breeding season starts in May, and they typically nest in sand or gravel bars starting in July.

If you see a spiny softshell turtle, call or email Justin Autz at justin.autz@wyo.gov or (262) 337-3027. Please provide the date of the observation and as specific of a location as possible. 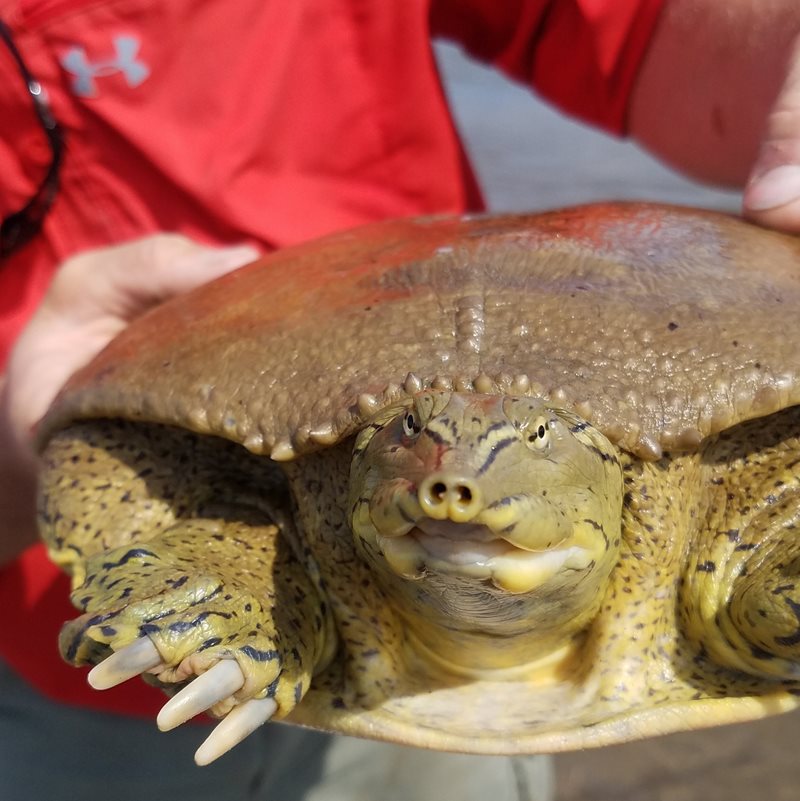 Wyoming is Home to How Many Sheep Mountains?