The aerial response to the Gem Lake Fire is stopping significant growth, while firefighters are making progress towards beginning an on-the-ground suppression effort soon.

The U.S. Forest Service began a full suppression effort to stop the newly discovered wildfire on Wednesday, July 20. Despite the remote location, efforts to suppress and contain the fire are going well.

Two large Chinook Helicopters – assisted by a smaller helicopter and the Gila National Forest Helitack crew – have successfully prevented significant growth over the past few days.  The use of these three helicopters will continue.

Furthermore, the Blacktooth and Black Hills Wildland Fire Modules are establishing a “spike” camp to engage with suppression efforts from the ground. Webster’s dictionary defines a spike camp as “a temporary or secondary campsite for a forestry crew accessible from the main camp,” often remote but much closer to the fire. 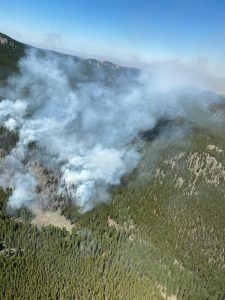 According to the Gem Lake Fire’s incident page on InciWeb, the fire has consumed 15 acres as of Friday, July 22. Twenty-two personnel are responding on the scene.

The strategy continues to be full suppression with firefighter safety as the top concern.  A military helicopter will be on standby to provide firefighter assistance in the event of an accident or injury.

To protect public and firefighter safety, an emergency closure order is now in place for the area around the fire in Bighorn National Forest. The closure area includes Forest System Trail 040, North Rock Creek. 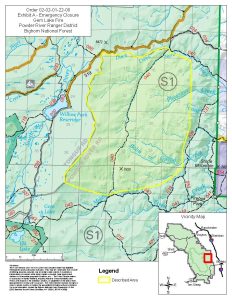 The Gem Lake Fire started due to a tragic plane crash earlier in July.

On the afternoon of July 14, a single-engine airplane crashed during a flight between Powell and Buffalo. Both of the people on board died.

A containment date – often provided by InciWeb – is currently unavailable.

Stage One Fire Restrictions on B.L.M. Lands in Bighorn Basin 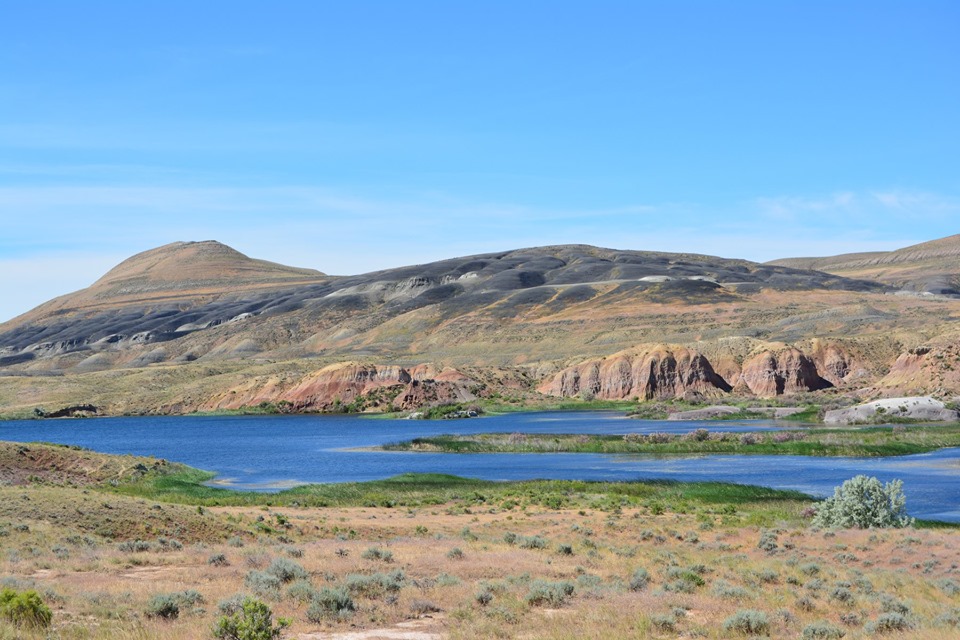