BILLINGS, Mont. (AP) — The U.S. oil industry hit a legal roadblock in January when a judge struck down a $192 million oil and natural gas lease sale in the Gulf of Mexico over future global warming emissions from burning the fuels. It came at a pivotal time for Chevron, Exxon and other industry players: the Biden administration had curtailed opportunities for new offshore drilling, while raising climate change concerns. 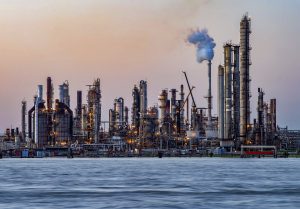 FILE – The sun sets at Chalmette refinery in Chalmette, La., located just over the Mississippi River levee May 3, 2020. While the Inflation Reduction Act concentrates on clean energy incentives that could drastically reduce overall U.S. emissions, it also buoys oil and gas interests by mandating leasing of vast areas of public lands and off the nation’s coasts. (David Grunfeld/The Times-Picayune/The New Orleans Advocate via AP)

The industry’s setback was short-lived, however. The climate measure President Joe Biden signed Tuesday bypasses the administration’s concerns about emissions and guarantees new drilling opportunities in the Gulf of Mexico and Alaska. The legislation was crafted to secure backing from a top recipient of oil and gas donations, Democratic Sen. Joe Manchin, and was shaped in part by industry lobbyists.

While the Inflation Reduction Act concentrates on clean energy incentives that could drastically reduce overall U.S. emissions, it also buoys oil and gas interests by mandating leasing of vast areas of public lands and off the nation’s coasts. And it locks renewables and fossil fuels together: If the Biden administration wants solar and wind on public lands, it must offer new oil and gas leases first.

As a result, U.S. oil and gas production and emissions from burning fuels could keep growing, according to some industry analysts and climate experts. With domestic demand sliding, that means more fossil fuels exported to growing foreign markets, including from the Gulf where pollution from oil and gas activity plagues many poor and minority communities.

To the industry, the new law signals Democrats are willing to work with them and to abandon the notion fossil fuels could soon be rendered obsolete, said Andrew Gillick with Enverus, an energy analytics company whose data is used by industry and government agencies.

“The folks that think oil and gas will be gone in 10 years may not be thinking through what this means,” Gillick said. “Both supply and demand will increase over the next decade.”

The result would be more planet-warming carbon dioxide — up to 110 million tons (100 metric tons) annually — from U.S.-produced oil and gas by 2030, with most coming from fuel burned after export, according to some economists and analysts.

The law reinstates within 30 days the 2,700-square miles (6,950-square kilometers) of Gulf leases that had been withheld. It ensures companies like Chevron will have the chance to expand and overrides the concerns of U.S. District Judge Rudolph Contreras that the government was “barreling full-steam ahead” without adequately considering global emission increases.

The measure’s importance was underscored by Chevron executives during a recent earnings call, where they predicted continued growth in the Gulf and tied that directly to being able “to lease and acquire additional acreage.”

The fossil fuel industry’s ambitions are now directly linked to wind and solar development: The bill prohibits leasing of federal lands and waters for renewable energy unless the government has offered at least 2 million acres (810,000 hectares) of public land and 60 million acres (24 million hectares) in federal waters for oil and gas leasing during the prior year. The law does not require leases to be sold, only offered for sale. 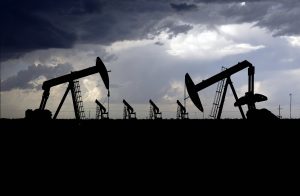 A thunderstorm passes between Midland and Odessa, Texas, just behind an array of pump jacks on Thursday, May 14, 2020. While the Inflation Reduction Act concentrates on clean energy incentives that could drastically reduce overall U.S. emissions, it also buoys oil and gas interests by mandating leasing of vast areas of public lands and off the nation’s coasts. (Eli Hartman/Odessa American via AP)

The measure’s critics say that’s holding renewables hostage unless the fossil fuel industry gets its way. Some accuse Biden and Democrats of abandoning pledges to confront the industry.

“It’s 10 more years of mandatory leases,” said Brett Hartl with the Center for Biological Diversity. “We will do our damnedest but it’s hard to fight them all.”

Communities near polluting industrial plants will continue to suffer if the oil and gas industry remains vibrant, said Beverly Wright, executive director of the Deep South Center for Environmental Justice and a member of the White House Environmental Justice Advisory Council. She worries that incentives in the law for technology that captures carbon from industrial processes could also perpetuate harm to these poor, mostly minority residents.

The leasing provisions mark a failure in efforts by environmentalists and social justice advocates to impose a nationwide leasing ban. The movement’s high point came when Biden followed campaign pledges to end new drilling on federal lands with an order his first week in office suspending lease sales.

Republicans complained the administration still wasn’t holding enough sales even after a federal judge blocked Biden’s order. On Wednesday a federal appeals court struck down an injunction that had blocked the leasing suspension, but the impact could be minimal because of the new law’s mandates.

A stream of potential drilling sites is crucial for companies to maintain future production because wells can take years to develop and some yield nothing, said Jim Noe, an industry lobbyist who worked with Senate staff on the climate bill’s leasing provisions.

“The industry is in constant need — almost like a treadmill — of lease sales,” said Noe, an attorney at Holland & Knight who represented offshore oil and gas companies. Noe said demand for oil and gas won’t decline immediately and Gulf drilling brings jobs and more energy security.

A United Nations report before Biden took office warned that the U.S. and other nations need to sharply decrease investments in oil, gas and coal to keep temperatures from rising more than 1.5 degrees Celsius (2.7 degrees Fahrenheit) since pre-industrial times.

Other bill provisions that focus on renewable energy and capturing carbon dioxide from industrial plants would result in net emission reductions 10 to 50 times greater than emission increases from burning more oil and gas, analysts say.

The increase in oil and gas emissions still could be substantial — as much as 77 million to 110 million tons (70 to 100 million metric tons) of additional carbon dioxide annually by 2030 from new leasing, according to economist Brian Prest with the research group Resources for the Future.

Other experts had lower projections: The San Francisco-based climate research group Energy Innovation predicted up to 55 million tons (50 million metric tons) of additional carbon dioxide annually from new leasing. Researchers from Princeton and Dartmouth said the impact could be negligible or as much as 22 million tons (20 million metric tons) in the U.S., plus much more abroad.

Any increase hinges on global oil and natural gas prices staying high — and that in turn depends on a range of factors including the ongoing war in Ukraine, said Robbie Orvis with Energy Innovation.

“It may increase oil and gas production somewhat, but that is very much offset by all of the other pieces of the bill,” Orvis said.

Yet there’s uncertainty about how quickly other pieces of the bill could bring emission cuts. Wind and solar construction could run into the supply chain problems hindering many economic sectors. And technology to capture and store carbon dioxide is still being refined and is in limited use.

Other provisions could make it potentially more expensive to drill on public lands and waters. There are modest increases in royalty and rental rates and a new $5-per-acre fee when companies want particular parcels offered for lease. Another fee would require companies to pay for natural gas, or methane, that enters the atmosphere as a potent greenhouse gas.

“Even though the industry is going to be getting more oil and gas leasing if they want it, it’s an interesting question: Do they want it?” Squillace asked. 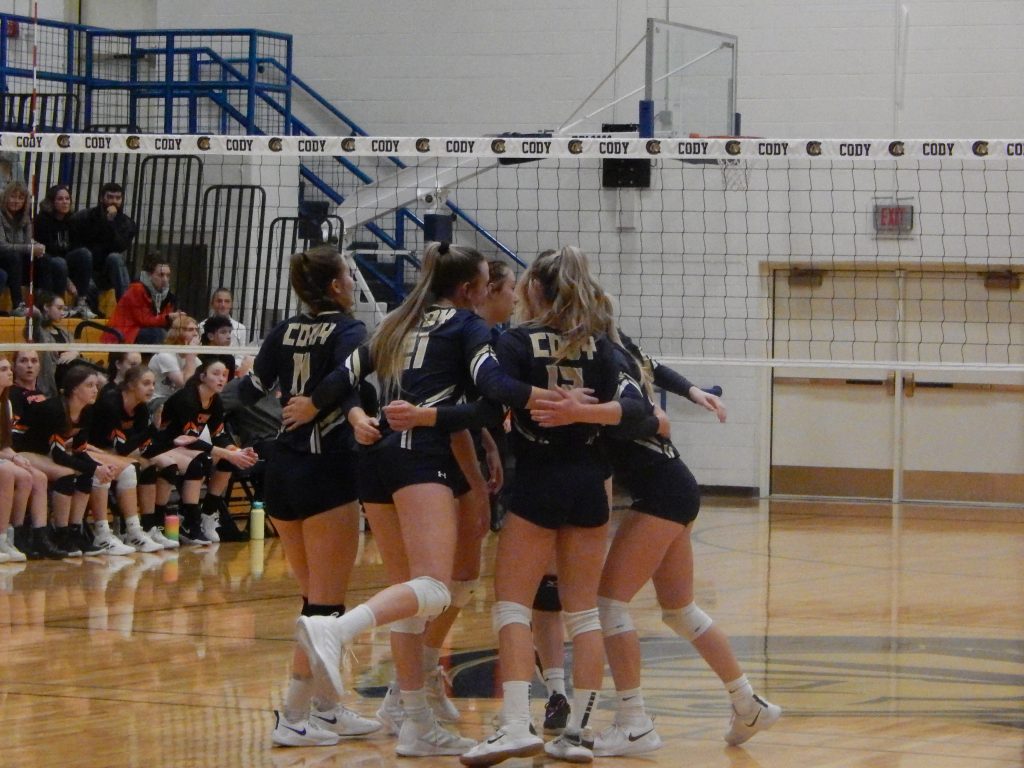