The inaugural season of High School Softball is underway in the Cowboy State. It’s an exciting time in Wyoming as Cody and 12 other schools will make up one class with the Cody Fillies one of six teams taking part in the West. The CHS roster features a lot of youth that shows tremendous potential and today a look at the Cody Fillies Softball team. Chad Smith has been tabbed the Head Coach of Filly Softball and I was fortunate enough to sit down with the long time Cody coach/teacher. The Filly Softball roster goes 20 players deep and this is a very youthful team, just four upperclassmen. Coach Smith with a preview of what this team brings to the table.

“We have a pretty strong group of pitchers. We’re probably, realistically three deep strong there. We have as many as six that we can probably throw. I believe we do have a roster that has a lot of speed on it. We are going to try to play a lot of small ball, a lot of bunting, lot of aggressive base-running but we also have some kids that can hit for power. Right now we’re just trying to sync all that up.”

The fundamentals, playing solid defense and getting in bullpen sessions will be key for Filly Softball early on and coach talks about some of the biggest strenghst and areas of improvement for this team.

“This is a team that has a potential to be together for a long time. As for small ball, yeah I would say that is our strength but I do know that we’ve got some people that can really hit it to all parts of the field. Again our speed is a strength. I would say right now my biggest concern is probably middle infield and left and right field, and what we can do there to get those shored up.”

While not a veteran group, some may say that’s’ a weakness, you could argue that’s a strength for this team as they will continue to grow, develop and bond together over the many years to come.

“Even though we do have that young team, the girls that do have some of the most experience are those freshmen and sophomores and they’ve been playing together since they were eight and nine years old. So, you know, that’s wonderful and to be able to continue that possibly for another four years is very exciting.

“We’re hoping that Cody High School, Cody Pride and the Cody Girls Softball Association (CGSA), we’re all going to be working together. Hopefully we’re going to have those young girls that are just starting, the nine and 10-year-old’s, that are able to come out and watch these girls play and it’s going to just, basically have our own farm system. It’s extremely exciting. It’s also, it’s a wonderful challenge because we are the first and that’s what we’re congratulating these girls on, that they are the first and this is going to be a lot of fun.”

The Cody Fillies High School Softball team will get their inaugural season officially underway in Worland on March 26th at 3pm. Stay tuned to the Big Horn Radio Network for more on Cody Softball and for my entire interview with Coach Smith check out our website. 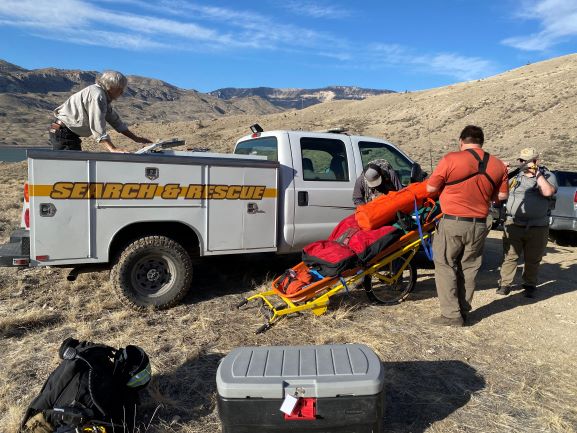