Cody Phillips returned to the line-up and provided a spark as the Cody Broncs ran all over Green River Friday night en route to a 40-0 shutout win.

The Broncs ran for 375 yards Friday night as they had four players rush for 70 plus yards each in their final home game of the regular season.

It was their second possession of the game when the Broncs got on the board midway through the first quarter as Remy Broussard found the endzone from 10 yards out. Broussard would carry the rock 10 times Friday night for about 91 yards and the one score. Remy also picked off Green River Quarterback midway through the third quarter for one of Cody’s two takeaways.

Nic Talich was a force on both ends of the ball accounting for several tackles on defense and when he wasn’t rushing the football was pancaking defenders. Talich would carry the ball 10 times for about 71 yards and two touchdowns.

Cody Phillips made his return to the starting line-up and was a force to be reckoned with. Phillips would carry the ball 13 times for about 88 yards and scored twice. However, Phillips most memorable play came in the 4th quarter when he defied gravity and flew like a helicopter through the air. It was fourth and 13 and Phillips gained the final four yards by jumping on and over the Green River defense for the first. Phillips would score a few plays later.

And Jackson Schroeder is not to be outdone. While Schroeder didn’t see the end-zone he ran the rock five times for 71 yards and was in the backfield all night long on defense.

Up Next: Cody travels to Jackson Friday October 23rd with the Number 1 seed for the playoffs on the line. That game will kicks-off at 7pm and can be heard on KODI.

Stay tuned later this weekend for a full photo gallery. Cyanobacterial Blooms Can Still Pose Risks as Wyoming Gets Colder 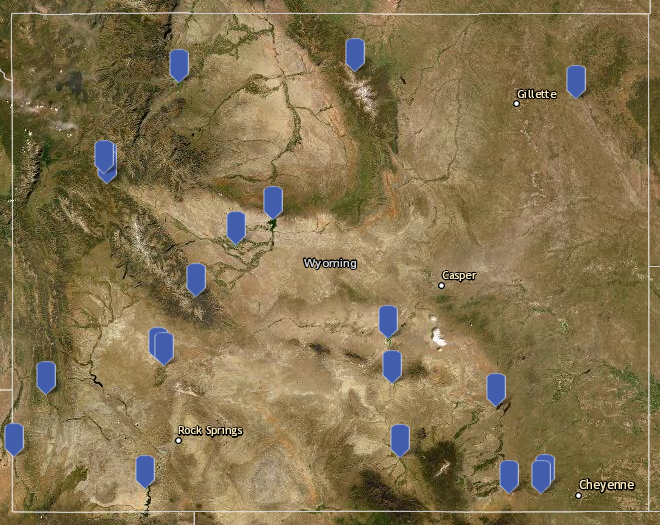 Candidates Speak Their Piece on KODI