BILLINGS, Mont. (AP) — A bitterly divided U.S. Senate panel deadlocked Thursday on President Joe Biden’s pick to oversee vast government-owned lands in the West, as Democrats united behind a nominee whose credibility was assailed by Republicans over her links to a 1989 environmental sabotage case.

The 10-10 tie in the Senate Energy and Natural Resources Committee sets up a floor vote on the nomination of Tracy Stone-Manning. It would take every Senate Republican plus at least one Democratic lawmaker to block her confirmation in the evenly divided chamber.

At stake is the leadership of the Interior Department’s Bureau of Land Management, which oversees energy production, grazing, mining, recreation and other activities across almost a quarter-billion acres of public lands, primarily in the West.

Stone-Manning was a top aide to former Montana Democratic Gov. Steve Bullock and Sen. Jon Tester and most recently worked as a vice president at the National Wildlife Federation. Her advocacy for land preservation contrasts sharply with the land bureau’s priorities under former President Donald Trump, who sped up oil and gas drilling and sought to open new lands to development.

Democratic Sen. Maria Cantwell of Washington state said the fierce opposition to Stone-Manning among Republicans was rooted in the change she could bring to the agency.

“This is over the top opposition,” Cantwell said. “What is really on trial here is the future of America’s public lands … oil, gas, coal, mineral extraction.”

Republican lawmakers derided Stone-Manning over her link to the 1989 sabotage of a timber sale on Idaho’s Clearwater National Forest, calling her an “eco-terrorist” unfit to oversee the land bureau. At the time, she was a 23-year-old environmental studies graduate student at the University of Montana.

Two of Stone-Manning’s friends were later convicted of inserting metal spikes into trees, which makes them dangerous to cut and can be used to block logging.

She received immunity from prosecutors, testified against the two men and was never charged with any crimes.

Stone-Manning acknowledged retyping and sending a letter on behalf of one of the men convicted that warned authorities not to log in the sabotaged area. She didn’t come forward until the criminal case was prosecuted several years later, and has said she was fearful of one of the defendants.

A former investigator for the U.S. Forest Service, Michael Merkley, alleged last week that Stone-Manning was a target of the criminal investigation and helped plan the tree spiking. Others involved in the case including the lead prosecutor have disputed that characterization.

“This wasn’t a mild offense in which she conspired,” said Utah Republican Sen. Mike Lee. “People are hurt and killed by this kind of behavior.”

Energy committee Chairman Joe Manchin said he closely reviewed the case and found no evidence Stone-Manning was directly involved or committed a crime. The West Virginia Democrat said the decades she spent in public service and environmental advocacy work made Stone-Manning a good choice for the bureau.

“I think of Tracy Stone-Manning being a youthful sympathizer for the environment,” said Manchin, whose reputation as a moderate made his vote closely watched. “There’s no proof that she’s guilty of any of these things we’ve been talking about.”

Republican lawmakers sought to dramatize Stone-Manning’s ties to the sabotage case during Thursday’s hearing, by holding up metal spikes similar to the ones that were used in 1989.

Idaho Republican Sen. James Risch referred to her as an “attempted murderer” because of the potential for the spikes to harm loggers. The remark drew a sharp rebuke from New Mexico Democratic Sen. Martin Heinrich, who said he was disgusted by Republican “lies” and the attempt to besmirch Stone-Manning.

Stone-Manning did not participate in the hearing. When she appeared before the Senate panel to testify as part of the confirmation process in early June, Republican lawmakers did not bring up the tree spiking although her ties to the case were already known.

Majority Leader Chuck Schumer said Thursday he would bring the nomination before the full Senate, where Vice President Kamala Harris could a break a tie for confirmation.

Wyoming Sen. John Barrasso said after the tied vote that Republicans would continue trying to derail the nomination. But the chief Democratic vote-counter in the Senate, Dick Durbin of Illinois, told reporters he thinks there will be enough votes to push it through.

Interior Secretary Deb Haaland — Stone-Manning’s boss if she’s confirmed — dismissed questions about her ability to work with Republicans going forward.
“I think she’s built a lot of credibility already,” Haaland said during an appearance in Denver.

The bureau went four years without a confirmed director under Trump. He relied on acting directors who did not have to go before the Senate to advance his agenda to increase U.S. energy production from federal lands.
___
Associated Press writer Patty Nieberg in Denver contributed to this report.
___
Follow Matthew Brown on Twitter: @MatthewBrownAP 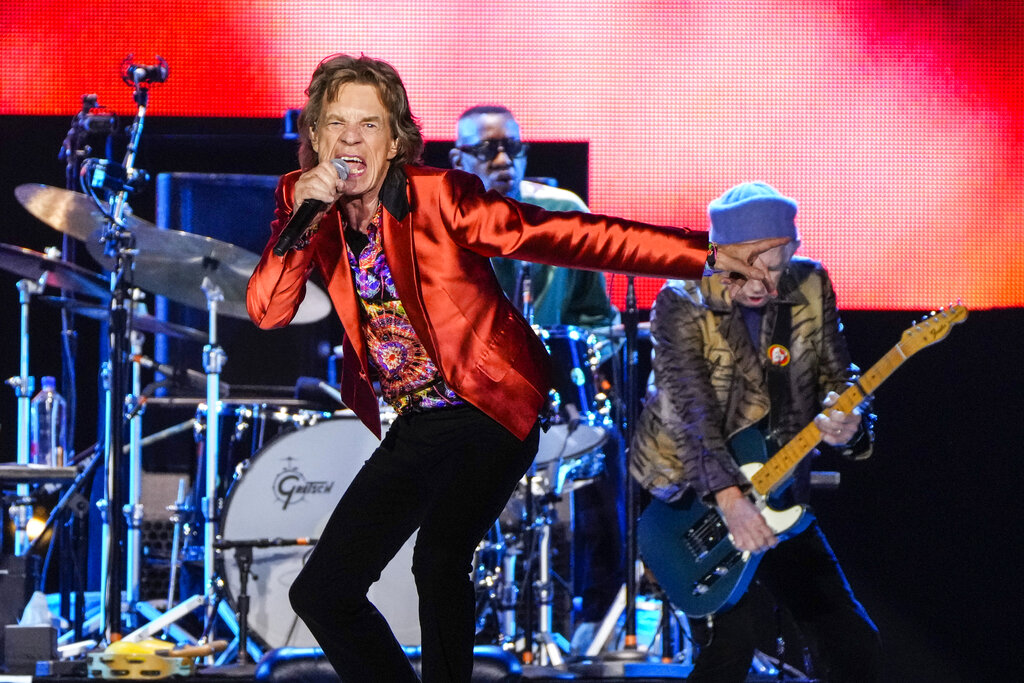