Fighting for a Better Rodeo in Cody

Written by Caleb Nelson on September 8, 2022

Ben Williams served on the Cody Stampede Board for nearly four years. He served as the board’s Arena Director for three of those years and he was active on seven subcommittees, chairing four of them. One subcommittee was the “Animal Welfare” committee, which Williams says he “took very seriously.” 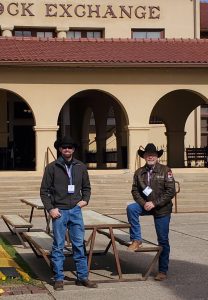 However, this August, Williams resigned from the board. Mr. Williams has been attacked, largely on social media, as being anti-rodeo.

“I’ve been active in rodeo my entire life. I’ve been a contestant on both ends of the arena, from rough stock to timed events. I grew up in this Arena and actually have a picture James Bama took when I was still riding bulls and bare-back horses in 1981. So, to try and define me as ‘anti-rodeo’ is laughable,” Williams says.

Williams doesn’t want to destroy rodeo, saying, “I love rodeo, it’s in my veins.” Once a rodeo contestant and a judge, Williams has been involved with rodeo and cattle ranching for most of his life.

Clinic at The W Arena

As the Arena Director for the Cody Stampede Board, and as a member of the Animal Welfare Committee, Williams had been tasked with monitoring the health and quality of rodeo stock for events. By mid-June of 2022, Williams says he had been receiving “quite a few” phone calls regarding both the quality or the health of the timed event cattle.

“I’m getting a bunch of phone calls—how bad the cattle are—that is kinda par for the course in the rodeo world. There’s always complaints,” Williams says.

After paying increased attention to the cattle for several nights and consulting some of the rodeo staff, Williams agreed that their condition was “poor, weak, and inconsistent.” The calves looked so bad that ropers were complaining about their condition as well.

“I mean, they just looked horrible,” Williams says. “Even my brother Chris, who has judged well over 700 performances at the CNR over the past 18 years said this year is about the worst he’s ever seen it.”

Williams offered his assessment to the Cody Stampede Board about ongoing complaints regarding sick and “blatantly unhealthy” cattle.

The Stampede Board asked Doctor of Veterinary Medicine (DVM) Anthony Scheiber—also a board member—to perform an animal welfare audit, which he completed on June 26th, 2022.

KODI Radio received a copy of Scheiber’s letter to the Cody Stampede Board.

The first sentence of that letter reads: “The Cody Stampede Board asked me [Scheiber] to do an Animal Welfare Audit of the Stampede Grounds and animals.”

Based on information in the letter, Scheiber examined physical facilities including “pens, fencing and gates,” for livestock, which were all “adequate.” Water, shade, and feed for all livestock were also “adequate.” Williams states that over the years it was “one of my personal goals to make the grounds more accommodating for the livestock.”

Based on Scheiber’s letter, Williams’ work on improving the grounds with adequate “shade shelters” and “new self-watering tanks” had been successful.

Regarding the large Brahman bull, “Mongo,” Dr. Scheiber writes, “the staff tells me they treat him [Mongo] daily with anti-inflammatory drugs for his swollen joints. Although this is good I believe that this bull may be in pain and should be removed from leading him out to take pictures and replaced with a different animal.”

On June 25th, according to Scheiber’s letter, there was an incident with a horse that was having trouble standing and getting up. Scheiber writes, “this horse had obviously been injured [and] could barely stand up” and was “in a lot of pain.” Scheiber recommended the horse be “taken to a place for treatment” or “humanely euthanized.”

KODI Radio reached out to the board for comment. Currently, the Cody Stampede Board has declined to make a public comment.

Mongo is only part of the story, Williams says.

“I was aware of his [Mongo’s] condition three and a half years ago,” Williams adds. “Mongo is a small fraction of this. He is an ingenious marketing tool to sell shirts and pictures, to some. To me…he is an old, crippled bull that deserves to be turned out on green grass and left alone, and not exploited any longer,” Williams states.

During the summer Rodeo season, Williams and his son Trevor were tasked with using large quantities of sand to make a pathway for Mongo because the animal was having difficulty walking to the pen near the front gate.

“Every time he [Mongo] shows up, we’re trying to make some sort of concession for him, and I was surprised he did show up this year, to be honest with you,” Williams says.

To say Willaims resigned from the Stampede Board over animal cruelty is off-base, Williams explains.

“We’ve got sick calves that shouldn’t be used in my opinion—I do calf roping and breakaway roping out of my house here—and I know the difference between healthy animals and sick animals or injured animals,” Williams says.

Poor quality of rodeo stock is not just about animal cruelty or animal neglect, it’s about rodeo “mismanagement,” which degrades the quality of the rodeo itself.

“There’s animal welfare and animal neglect and ‘animal cruelty’ is way over here,” Williams says explaining his view of the distinction between these terms.

Cody Nite Rodeo is not a PRCA event, but they adhere to PRCA rules. On page 195 of the PRCA 2021 Rulebook, it states that riding event stock can be considered “unsatisfactory” for numerous reasons including “for animal welfare reasons.”

Section 8 of the PRCA Rulebook also has a section dedicated to the “Humane Treatment of Rodeo Animals.” In section 8, R8.3, there is a provision regarding any “Sore, Lame, Sick or Injured Animal.”

This rule reads as follows:  “Animals for all events will be inspected before the draw, and no sore, lame, sick or injured animal, or animal with defective eyesight, shall be permitted in the draw at any time.”

Williams claims, in his love for rodeo, that he was trying to make good on the rules to keep the rodeo safe and productive as well as giving the PRCA the chance to intervene.

On his ranch outside Cody, Williams and his family raise horses and cattle where they take pride in their work and in what they produce. The Williams’ have also developed a number of equine and rodeo clinics/schools at their arena, “The W Arena.” He’s had to fight to keep calves alive after being born in rough weather (-37°F). Williams describes himself as someone who is both promoting and living the “Western way of life.” 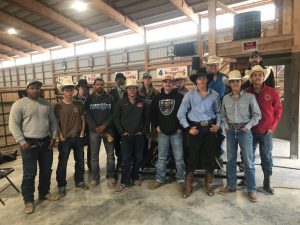 In addition to animal health issues, Williams has been working to improve clinics for kids interested in rodeo. “Kids need bulls and broncs to fit their skill levels, something to learn on, some good old campaigners or hoppers, they need to be able to learn—not just get slammed in the dirt,” Williams says.

Williams has had “rodeo dignitaries” like Heath Ford, Rick, Smith, and Brent Lewis provide rodeo instruction in his arena for years. Mr. Williams has even been endorsed by Brent Lewis. During his professional career, Mr. Lewis qualified for 11 Wrangler NFRs, won almost $1.5 million, and was the Resistol Overall Rookie of the Year in 1991. Lewis has won countless major rodeos over the course of his career.

KODI Radio received a copy of Lewis’ letter of endorsement, which begins, “I know Ben Williams through the clinics I have been doing during the Cody Nite Rodeo season through his efforts for about five years. His care for the community, the rodeo, and the western way of life is remarkable…He has been an outstanding leader for these young cowboys and cowgirls eager to put on as many clinics as he can.”

Even though Williams has resigned from the Stampede Board, his work as an advocate for rodeo will continue.

“Sometimes, it’s a labor of love—it truly is,” Williams adds. 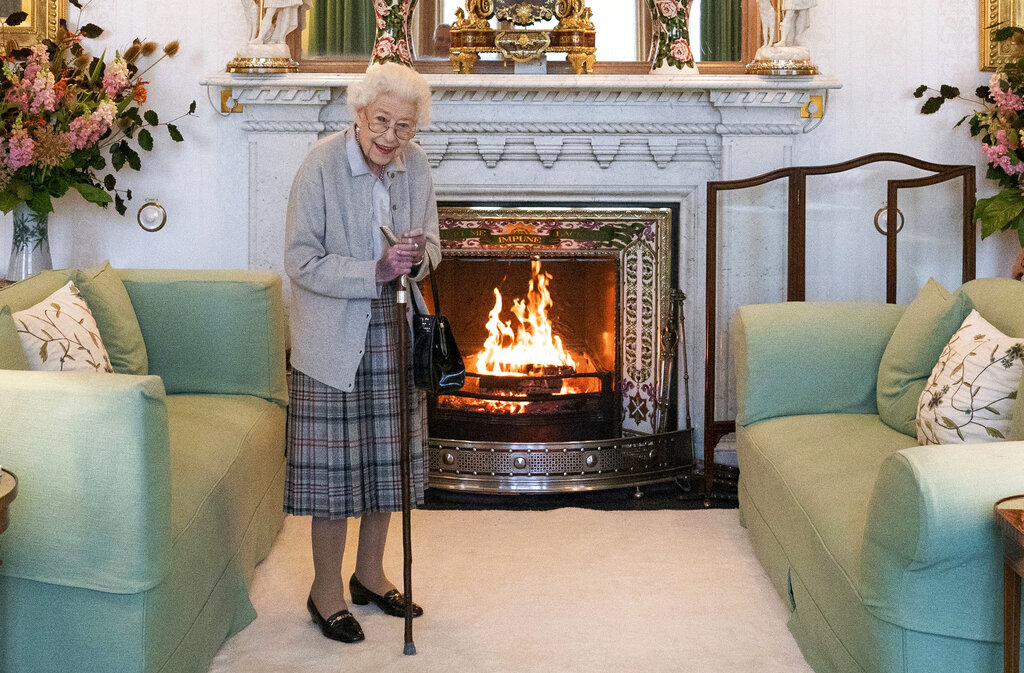