The 2nd edition of the Wyopreps coaches and Media Basketball Poll has been released.

The latest installment of the rankings doesn’t show a whole lot of change from the preseason rankings.

Let’s take a look at where Cody and area teams land.

Starting on the girls side, in Class 4A:

The Cody Fillies opened the season 3-0, winning against top tier talent and that keeps them at the top spot. They were two votes shy of being a unanimous No. 1. Cheyenne East remains second. Campbell County rises to third with Natrona County four. Thunder Basin is now five.

In Class 3A, it’s Douglas on top, followed by Lyman and Newcastle. Mountain View is fourth with Buffalo five.

In the 2A ranks, Rocky Mountain holds firm as No. 1 with Wyoming Indian second. Tongue River is third. Shoshoni makes their debut in the poll at four and Burns is now five.

In 1A, it’s Southeast on top. Upton is No. 2. Burlington holds steady at three. Cokevill is fourth with Rock River debuting at five.

And now, moving over to the boys side.

In Class 4A, Cheyenne East and Central are one and two. Thunder Basin is third with Sheridan four. Star Valley is now five.

In Class 3A, Powell holds strong at four. Worland stays at No. 2 behind Douglas. It’s Lyamn at three and Buffalo is fifth.

In Class 2A, Rocky Mountain climbs to the four spot. It’s Pine Bluffs on top, followed by Big Horn and Tongue River. Buffalo is five.

In Class 1A, it’s Southeast on top on the boys side as well with Upton second. Burlington holds steady at three. Southeast is fourth. Dubois and Little Snake River are tied for fifth. 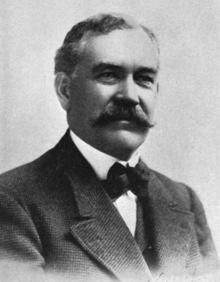