Both Cody Basketball teams were back in action on Saturday as they played host to their Park County Rivals, Powell.

The Girls game was up first and saw the Fillies do what the Fillies do best, cause havoc on the defensive side of the floor. The Fillies held the Lady Panthers to just four first quarter points while dropping in 21 of their own. At the half Cody would lead 31-7.

The second half was much of the same for the Fillies who crueised to the 60-19 win, their 12th straight.

With the win the Fillies are now 12-0 on the season.

The Lady Panthers are now 5-7.

In the nightcap, the Cody Broncs got off to an early 4-0 start but Powell would sieze momentum late in the first and early in the second, which was the diffeernce in the game. The Panthers would lead 29-21 at the half.

Free throws were the story in this game as each team would combine to shoot 60 total free throws.

In the end Powell would make more free throws, 24, than Cody attempted, 23, and that was a big difference in the outcome.

Cody would claw back late in the game, trimming the Panthers lead at one point to five, but in the end Powell was to much claiming the 57-49 victory.

Luke Talich led the way for the Broncs dropping in a game high 21 points.

With the win, the Panthers are now 5-7 on the season.

Due to technical issues I do not have a re-broadcast of the contest vs. Powell.

Photo gallery from the Cody vs. Powell games coming later. 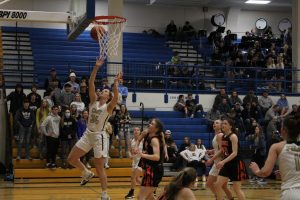 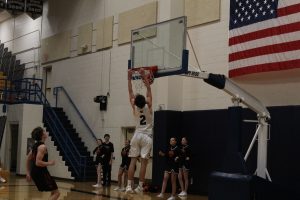