The Cody Fillies Basketball team has taken to the hardwood in preparation for the 2020-21 Wyoming High School basketball season. The Fillies return all but one varsity player from a year ago and have added to their roster for increased depth this season. The Fillies will be a force to be reckoned with in the 4A ranks this season. Last year the Fillies finished 8-14 overall, 0-6 in league play and those numbers certainly look to improve this year. With an improved roster, second year head coach Chris Wagner and this team believes they can contend for a spot at State.

Today a look at the Fillies as they prepare for the upcoming season. I caught up with the Fillies three seniors as they look to lead the charge. Torrie Schutzman is a basketball lifer, having already agreed to continue her basketball career at Jamestown University following her time at CHS and previews just how successful this season can be.

“I think it can be a very successful season. We have a good chance at placing top one or two in our quad, which will be a huge benefit going into regional, just with COVID, how regional is very different this year. It’s win and your in or lose and your out. I think with just how many players we have, it’s going to be awesome to have more contributions from more players, which will be great and help us score more points and have more fresh legs on the floor.”

Ally Schroeder will be looked upon as a spark plug for the Fillies. A hustle player that can be inserted into any game and will make her presence felt. Ally talks about the biggest strengths and needs of improvement early on.

“We’re very aggressive, we work as one, we all have the same common goal which helps us pursue more. Some things for us to work on: maybe just our offense, perfecting it a little bit, running the ball a lot more and knowing our pace of the game and not going at the pace of the other team.”

Brittan Bower might be one of the best overall athletes on the Fillies roster. A player that can slash to the hoop at a moments notice and can guard any position on the floor. Brittan adds that the Fillies may be a young team on paper but are a veteran team on the court.

“I think that there’s just a lot of anticipation to see how, how we’ll do this season but honestly one of the biggest words I can use to represent these girls is just strong. Like you said, from freshman to seniors, really in practice and stuff I haven’t once looked at it that way, that we have a lot of freshman and sophomores on our court. It’s just some really talented girls that come to practice every day ready to play. It’s great.”

And Chris Wagner enters his second year as head coach of the Fillies and sasy there’s no better place to be than on the court with his team for another season.

“You know, with COVID, I’m just glad we’re playing. Even if we don’t have a game, just being back in practice is, it’s awesome. I love this game, the girls enjoy it and just being around them again is awesome.”

Both Cody basketball teams tip-off their season December 11th and 12th in Gillette. Girls play at 12 noon with the boys at 1:30pm both days. KODI will carry every Cody basketball game live all season long. Below are some photos taken from the Cody Fillies practice. 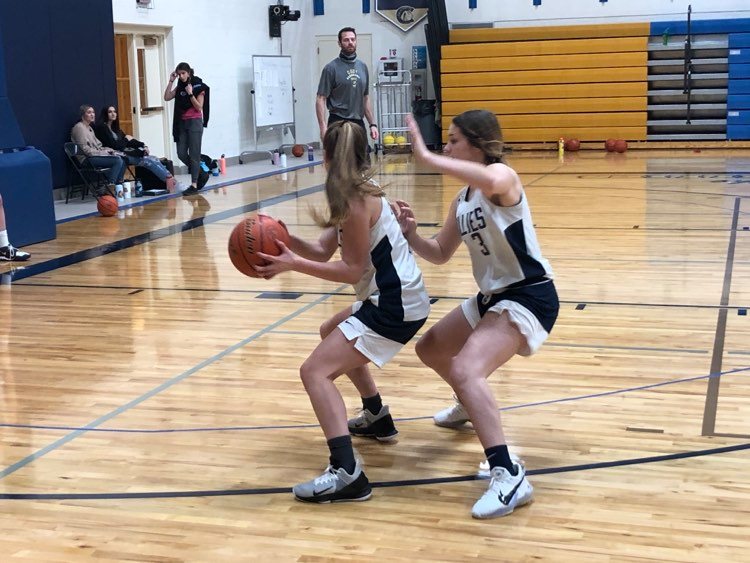 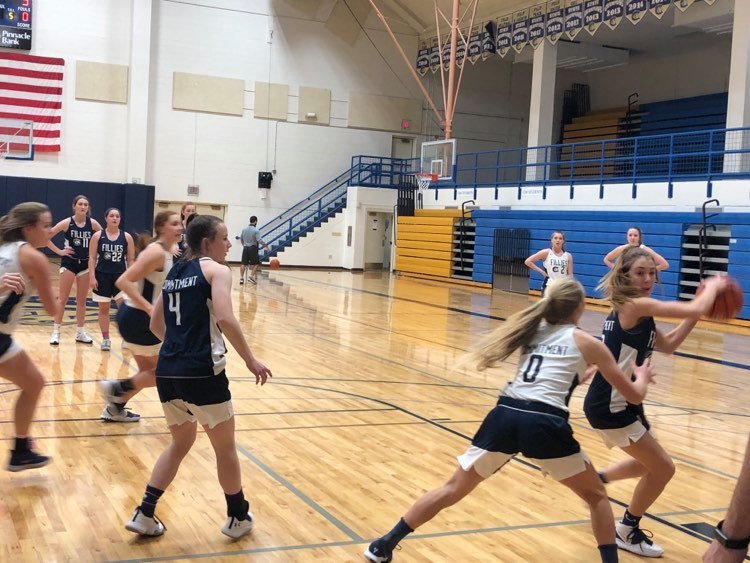 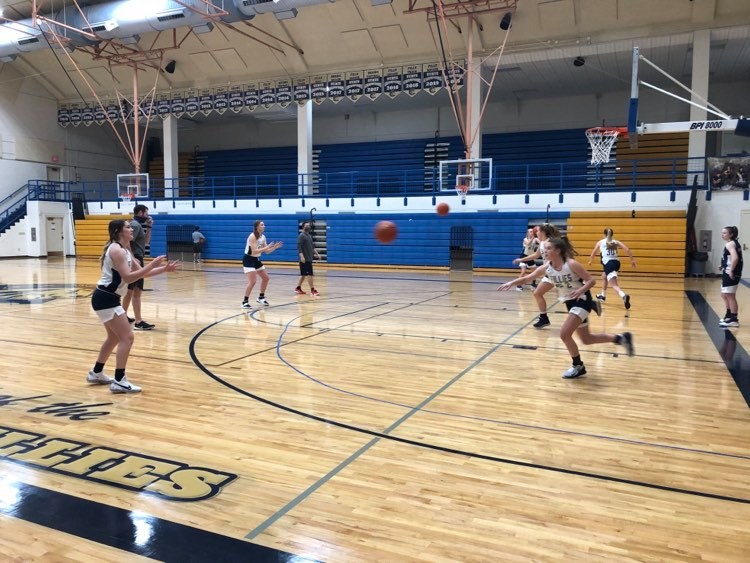 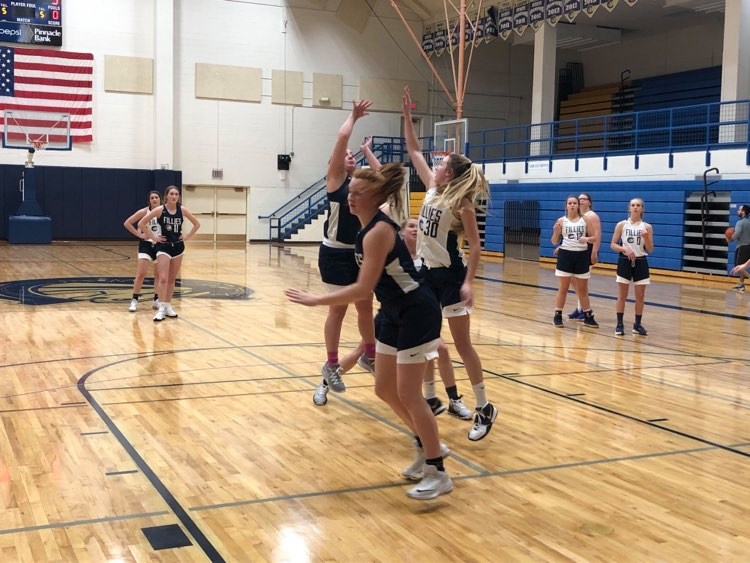 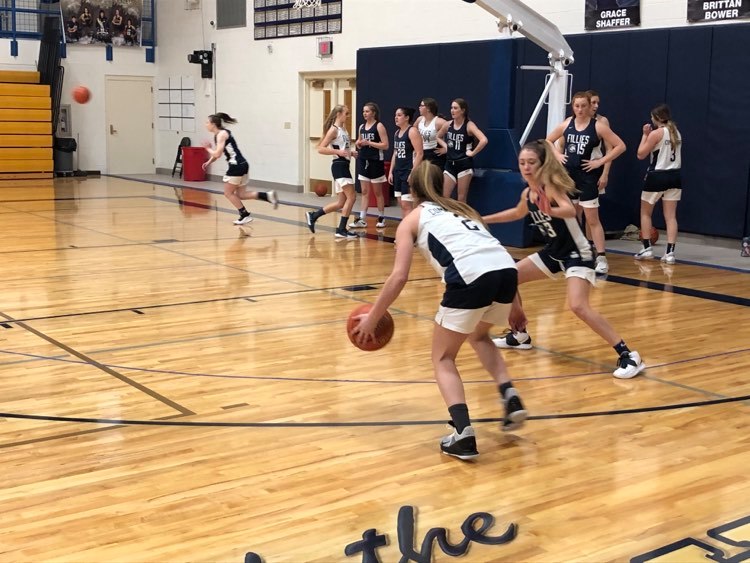 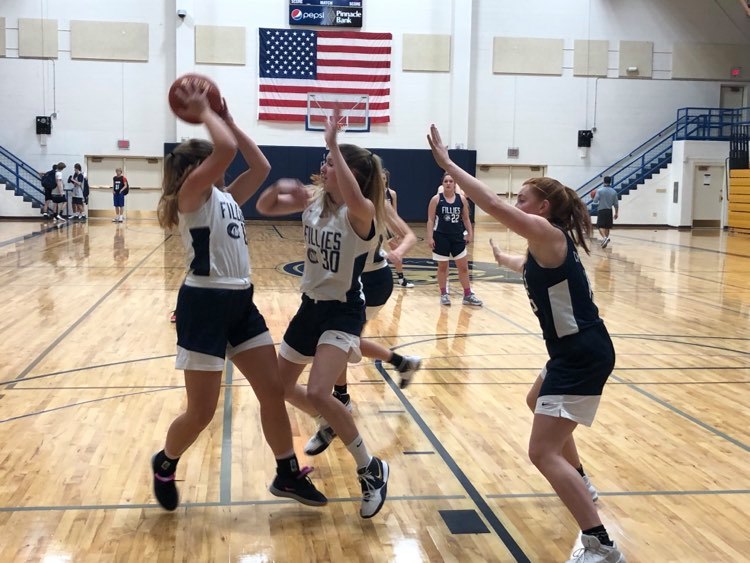 Schroeder passes out of double team 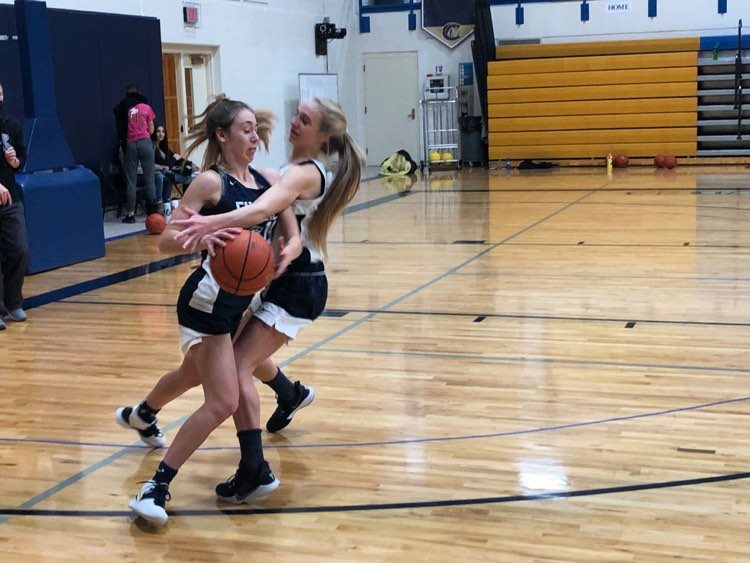 Harrison tries to get around Hays 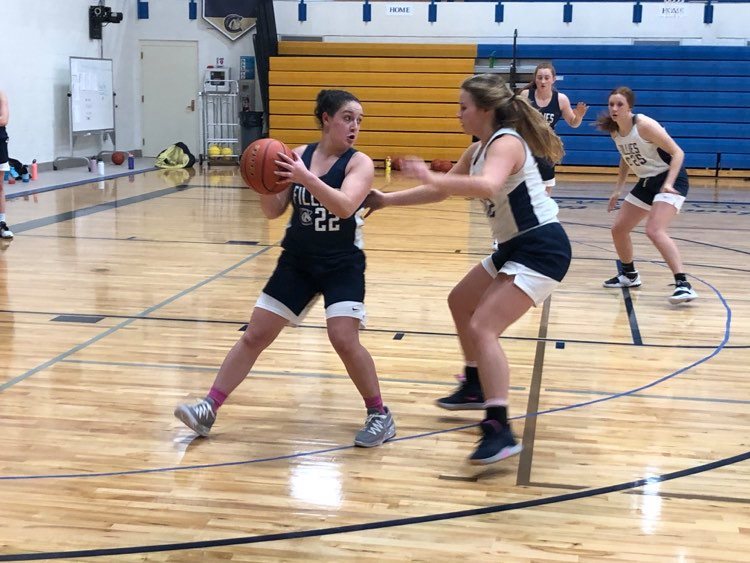 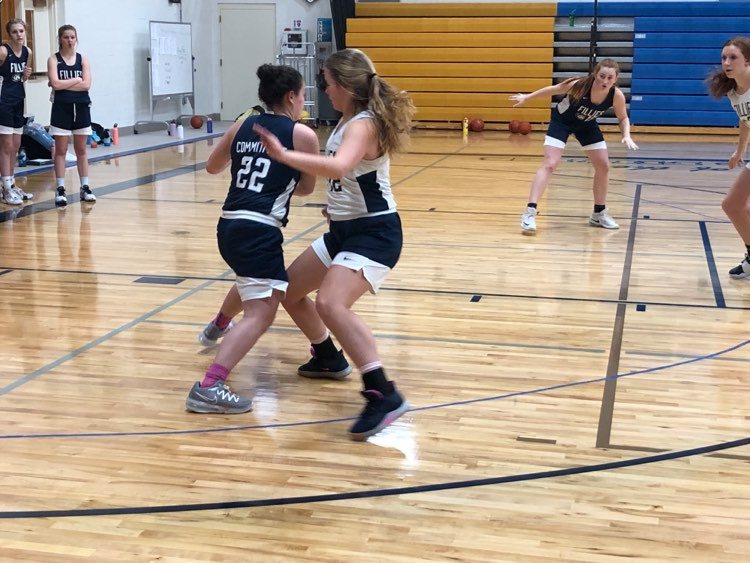 Schutzman tries to get around Schroeder 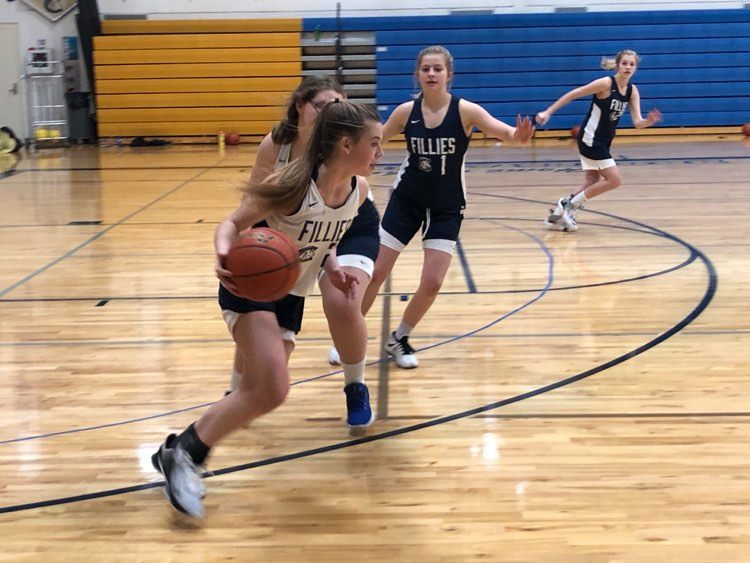 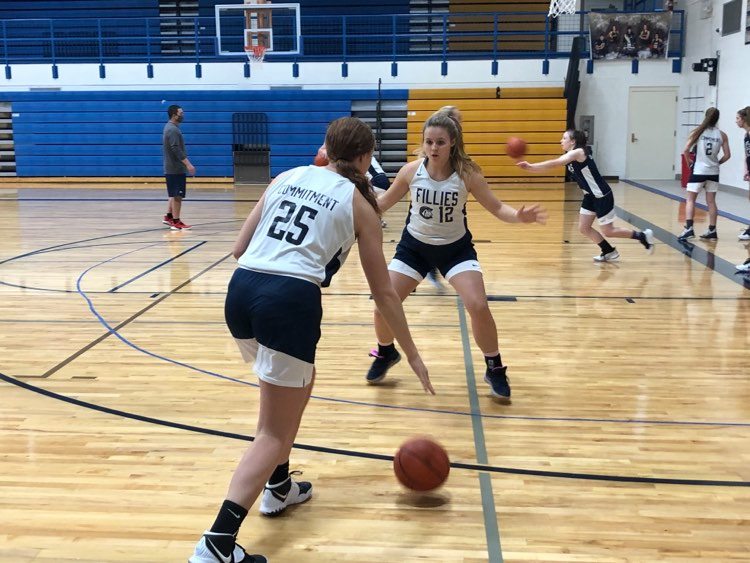 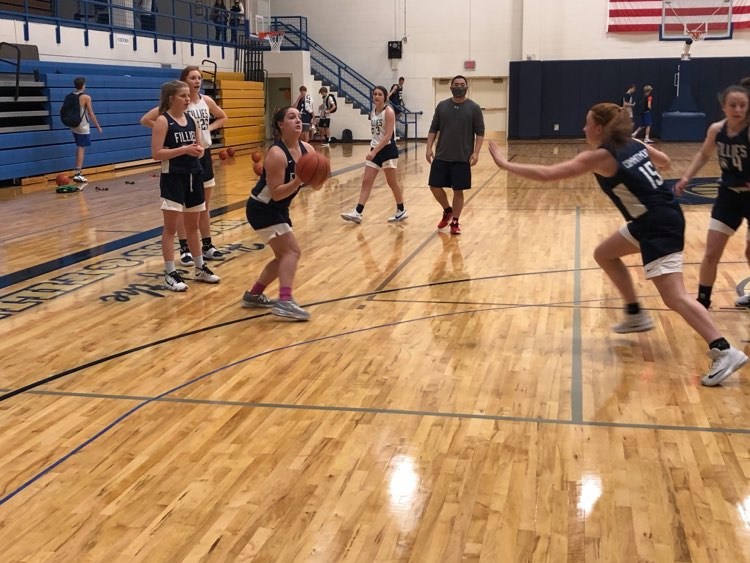 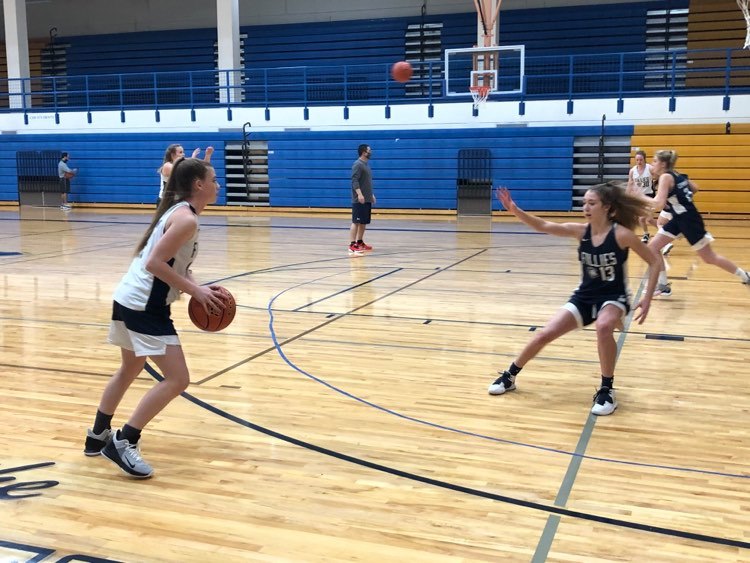 Eyeing up the defense 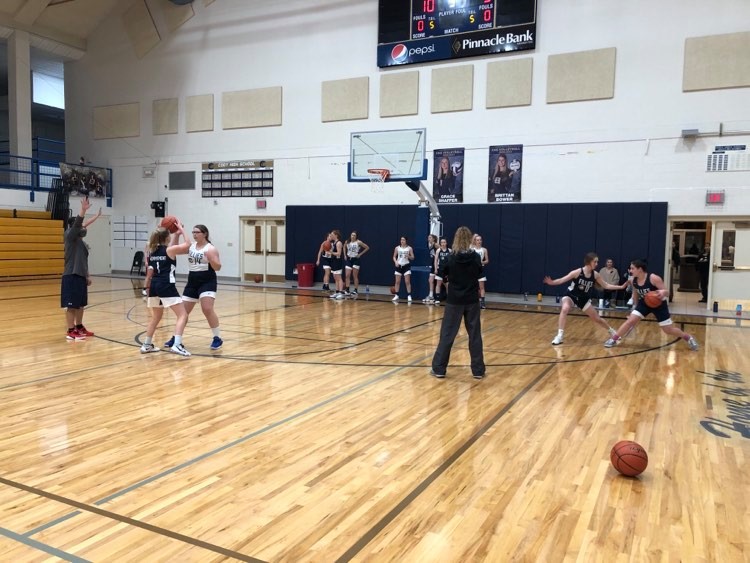 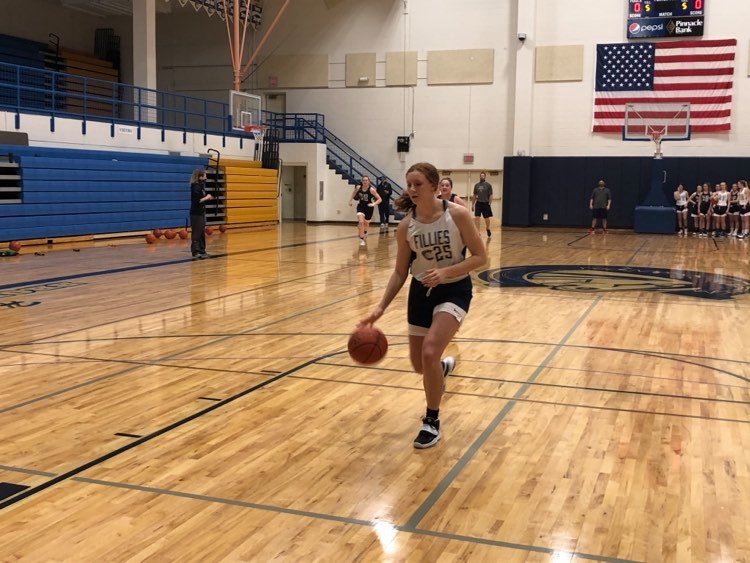 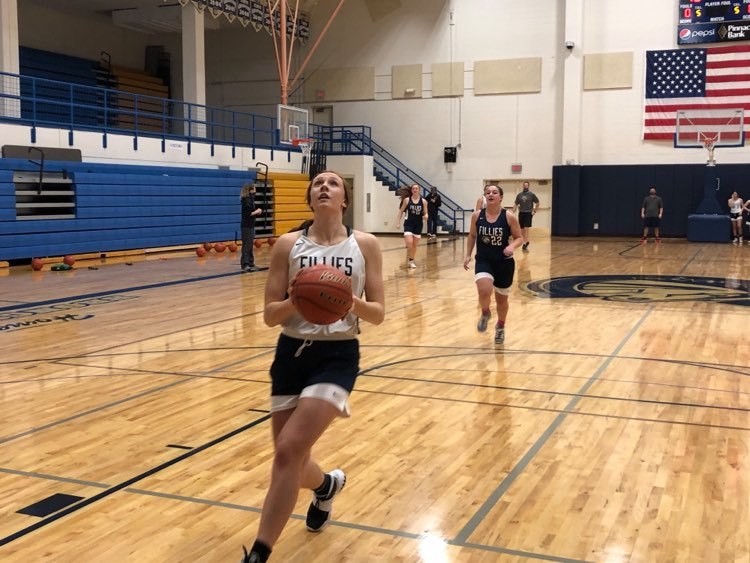 Boysen with the lay-up 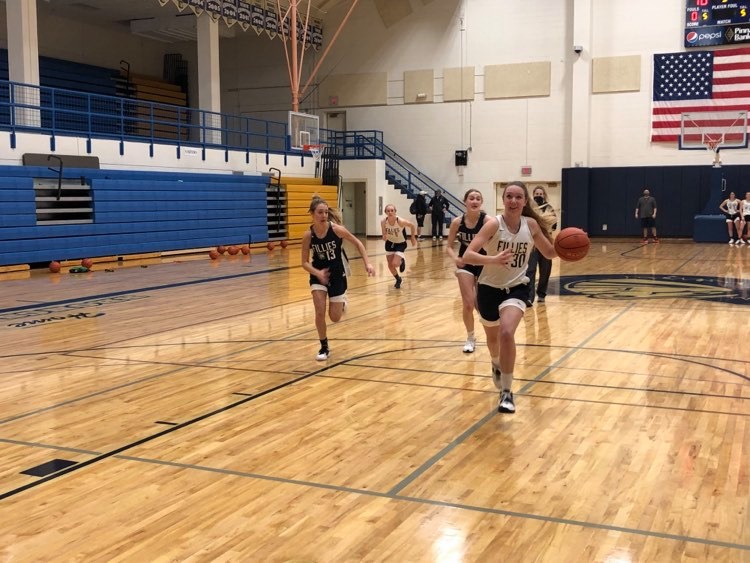