Heritage Museum to Open in June

A long-awaited grand opening is finally on the horizon.
This summer, the Cody Heritage Museum will be opening, after more than ten years of active planning. The museum will be housed in the historic DeMaris building, which was deeded to the museum board by the County.
The house was in disrepair, according to planning committee and board member Marge Wilder. She says that the amount of work that went into bringing the building up to safety and occupancy standards was at times discouraging, but she says the end is now in sight.
The Cody Heritage Museum is scheduled to open for the start of the Field of Honor in June, which is a fundraiser for the museum as well as an expression of the community’s patriotism. The Field of Honor this year will spread from the museum west to the Chamber of Commerce Visitor Center, with a portion of the field remaining in place through the 4th of July. 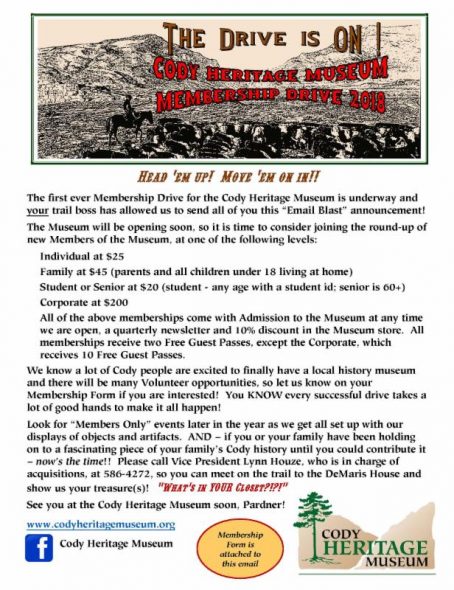