A kayak guide died Wednesday while attempting to rescue a client in Yellowstone Lake.
23-year-old Timothy Conant from Salt Lake City, Utah, died while attempting to rescue his client who capsized in the West Thumb area. Park Rangers pulled Conant from the water and administered CPR, but he was pronounced dead at Grant Village before a life flight could get him to a hospital.
Conant was in his first season working as a guide for Oars, a company based out of Angel Camp, California. The client that Conant attempted to save was rescued by other guides in the group and brought to shore before rangers arrived on scene, transported to the park clinic and treated for hypothermia.
Since 1894, there have been 41 deaths in Yellowstone Lake, the most recent in 1997 when two people died while canoeing. The average year-round temperature of the lake is 43 degrees Fahrenheit – survival time is estimated to be only 20 to 30 minutes in water of that temperature.
In other Yellowstone news, an earthquake shook a backcountry area in the northwest part of the park last night. The US Geological Survey says the 4.5 magnitude quake occurred at 6:48 p.m., about 8 miles northeast of West Yellowstone. 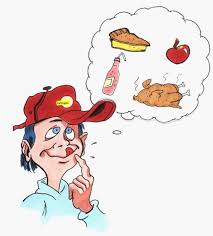