The Lady Warriors get their second straight home win. This one was a Conference game against the Powell Lady Panthers.

Powell came into the game with a 2-4 record with wins over Riverton and Shoshoni. Common opponents with the Lady Warriors were Cody and Rocky Mountain. The Lady Panthers lost to Cody 43-17 and play two verse Rocky Mountain 43-32 and 45-40.

The game started slow with points coming at a premium. Brooke Wright shot three times from behind the arc and wasn’t able to hit. Points in the paint weren’t falling for the Lady Warriors. Turnovers were more abundant then points for both teams.

Denali Jones and Darla Hernandez would each end the period with four points each. Tymberlynn Crippen with five points, but would get her first 3 pointer of the night. Brooke Wright added a basket and the Lady Warriors finished the period with 15. Their highest scoring period of the game.

The scoring in the second period came from the Seniors Jones, Hernandez and Crippen who hit her second from behind the arc. The Lady Warriors added nine points in the second while Powell put eight points on the board. 24-14 ten point lead for the Lady warriors at the half.

The third period for the Lady warriors have become their signature. Especially defensively. Powell Senior Rylynn Valdez would score the only points for the Lady Panthers in the third period. Worland would add another nine points from their big three. Third period gave the Lady Warriors a seventeen point lead 33-16.

Tymberlynn Crippen would put down two more three’s in the final period going four for seven from long distance. Rose Graft and Freshman Addy Thorington for Powell would combine for ten and Maddy Campbell would add a three pointer. two more points were added but the fifteen point fourth period wouldn’t be enough for Powell.

Darla Hernandez finished with 13, Denali Jones with 8, Brooke Wright with 4. The big scorer for the Lady Warriors was Crippen with 18 points and the 43-31 Worland win.

The Lady Warriors see the Lovell Lady Bulldogs tonight at 5:30pm. Like us on Facebook at KWOR1340 for the latest in Worland News and Sports. You can hear the game on KWOR 104.7FM/1340AM or right here online at  mybighornbasin.com 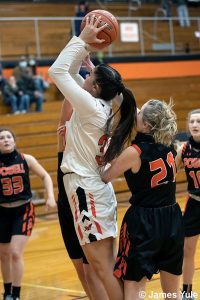 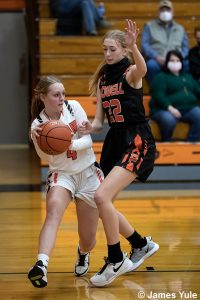 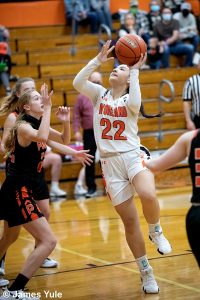 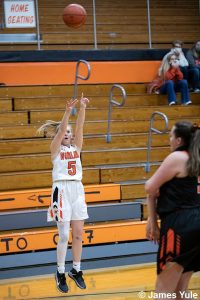 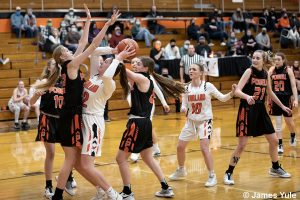