The Lady Warriors will have experience on the court this season. Worland is bringing back five Seniors in Logan Yule, Darla Hernandez, Denali Jones, Ajiah Montoya, and Tymberlynn Crippen. The expectation for this team is very high. They are pre-seasoned ranked number four in Wyoming 3A Girls Basketball.

“They are going to play well. We’re going to do our best as a coaching staff to put them in a position to be successful.” Head Coach Ben Hufmann had to say. “We’re going to do things defensively that we haven’t done before.” The Lady Warriors fell short of the State Tournament last season losing two games in the Regional Tournament and being eliminated.

The Seniors all are ready for the upcoming season. “I’m just excited to put it all on the court because this is my last year playing basketball and I know that.” said Denali Jones. “This group can do a lot of great things so I’m really excited.” She added. The Lady warriors graduated one player from last season and Tymberlynn Crippen would talk about what the younger girls can do to fill the roll. “The underclassmen that are coming up are tough, their athletic. I feel like they can fill that role that Kait (Wassum) did, so I’m excited.” Crippen would say.

Leaving with an earlier then expected exit last season I asked Senior Logan Yule what the state of mind was of the team. “Very driven, I think as a whole group we all have the same team goals, and then we each have individual goals to take back what we didn’t finish last season.” Was Logan’s answer. The team has experience and depth and I asked Darla Hernandez what she thought about the team. “I think we definitely have a lot of potential, so I’m super excited.”

The five Seniors carry expectation this season for a deep playoff run. Talking with Ajiah Montoya about that run and being a leader on the team she answered. “I’m going to try because it’s my last season and I want to make the most of it.” The fine Seniors will all have leadership roles on a team that is pre-season ranked number four in the State of Wyoming 3A. With experience comes expectations. You can listen to the Lady Warriors all season long on KWOR 104.7FM or 1340AM also online mybighornbasin.com 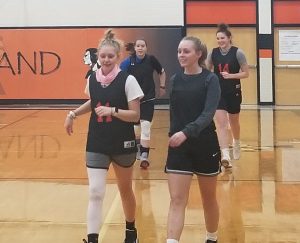 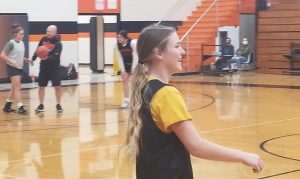 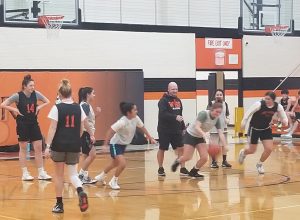 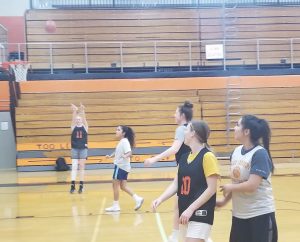 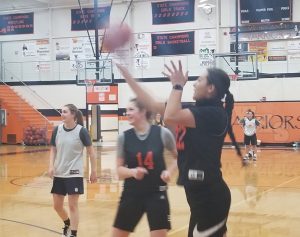 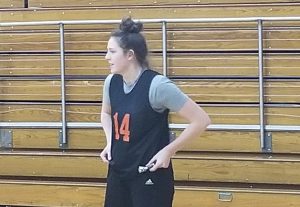 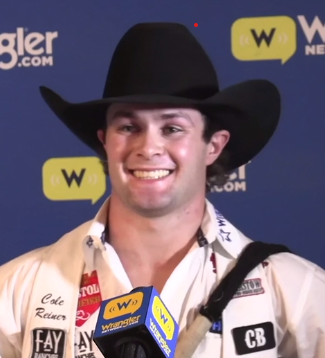