After losing three in a row the Lady Warriors have won three in a row. Worland’s girls basketball team is 7-3 overall and 2-0 in the Northwest Quad.

The weekend for the Lady Warriors became a strong case for being one of the best 3A girls basketball teams in the state of Wyoming. After beating Powell on Friday night the Lady Warriors faced Lovell on Saturday night at Warrior Gymnasium.

Lady Bulldog Rhett Partridge a 6’2″ Senior Captain is a defensive force. She averages nearly ten rebounds per game. She is number one in the State of Wyoming in blocked shots with just under four per game.

The opening period would see both Brooke Wright and Tymberlynn Crippen hit from long range. It looked early liked the Lady Warriors were going to try and use their guard play to open up the paint.

Going to the low post did pay off. Not with points. Darla Hernandez only had one point in the first period. In foul trouble. Partridge would get two early fouls and would sit for the majority of the first period.

Denali Jones finished the first period with five points. Wright with five and Crippen with three for a total of fourteen first period points. The lone basket from the Lady Bulldogs came from Partridge before her foul trouble. First period ended 14-2.

Tymberlynn Crippen would take over in the third. Three for three from behind the arc and a layup would give her eleven for the period. That would have been enough but Wright added a three also. The Lady Bulldogs would only muster four points for the third. They would also have ten turnovers. 47-16.

In the final period the Lady Bulldogs would get nine points. Rhett Partridge ended with four points. No Lovell Lady Bulldog finished with more than five points.

The star of the game was Tymberlynn Crippen. She had fourteen points. Eleven of those in the third period with nine off of three point shots. She went four for six from three point land. Over the weekend Crippen hit eight of her thirteen long range shots.

Worland will travel to Lander to take on the number three ranked Lander Valley Lady Tigers in a conference game at 5:30pm on Thursday. You can listen to them live on KWOR 104.7FM/1340AM or online at mybighornbasin.com 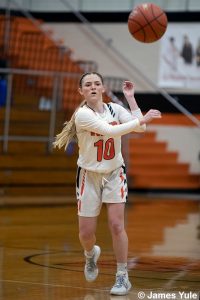 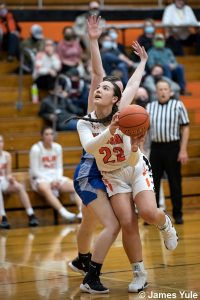 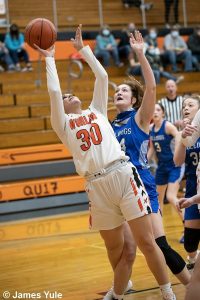 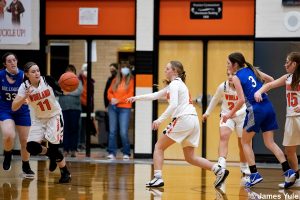 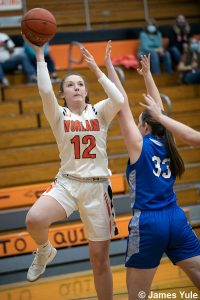 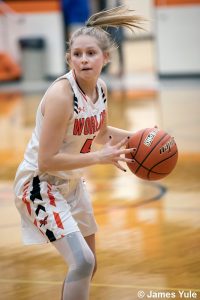